BLM's Patrisse Cullors to Step Down From Movement Foundation 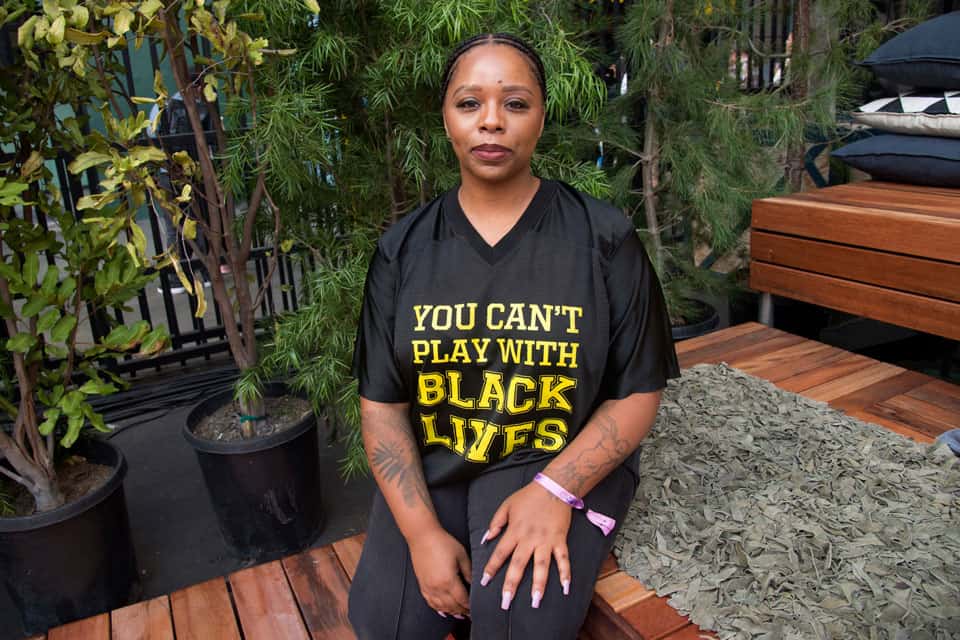 A co-founder of Black Lives Matter announced Thursday that she is stepping down as executive director of the movement’s foundation. She decried what she called a smear campaign from a far-right group, but said neither that nor recent criticism from other Black organizers influenced her departure.

Patrisse Cullors, who has been at the helm of the Black Lives Matter Global Network Foundation for nearly six years, said she is leaving to focus on other projects, including the upcoming release of her second book and a multi-year TV development deal with Warner Bros. Her last day with the foundation is Friday.

“I’ve created the infrastructure and the support, and the necessary bones and foundation, so that I can leave,” Cullors told The Associated Press.

Cullors’ departure follows a massive surge in support and political influence in the U.S. and around the world for the BLM movement, which was established nearly eight years ago in response to injustice against Black Americans. The resignation also comes on the heels of controversy over the foundation’s finances and over Cullors’ personal wealth.

The 37-year-old activist said her resignation has been in the works for more than a year and has nothing to do with the personal attacks she has faced from far-right groups or any dissension within the movement.

“Those were right-wing attacks that tried to discredit my character, and I don’t operate off of what the right thinks about me,” Cullors said.

As she departs, the foundation is bringing aboard two new interim senior executives to help steer it in the immediate future: Monifa Bandele, a longtime BLM organizer and founder of the Malcolm X Grassroots Movement in New York City, and Makani Themba, an early backer of the BLM movement and chief strategist at Higher Ground Change Strategies in Jackson, Mississippi.

The BLM foundation revealed to the AP in February that it took in just over $90 million last year, following the May 2020 murder of George Floyd, a Black man whose last breaths under the knee of a white Minneapolis police officer inspired protests globally. The foundation said it ended 2020 with a balance of more than $60 million, after spending nearly a quarter of its assets on operating expenses, grants to Black-led organizations and other charitable giving.

Critics of the foundation contend more of that money should have gone to the families of Black victims of police brutality who have been unable to access the resources needed to deal with their trauma and loss.

“That is the most tragic aspect,” said the Rev. T. Sheri Dickerson, president of an Oklahoma City BLM chapter and a representative of the #BLM10, a national group of organizers that has publicly criticized the foundation over funding and transparency.

“I know some of (the families) are feeling exploited, their pain exploited, and that's not something that I ever want to be affiliated with," Dickerson said.

Cullors and the foundation have said they do support families without making public announcements or disclosing dollar amounts.

In 2020, the BLM foundation spun off its network of chapters as a sister collective called BLM Grassroots, so that it could build out its capacity as a philanthropic organization. Although many groups use “Black Lives Matter” or “BLM” in their names, less than a dozen are considered affiliates of the chapter network.

Accusations from the right

Last month, Cullors was targeted by several conservative-leaning publications that falsely alleged she took a large annual salary from the foundation, affording her recent purchase of a southern California home.

In April, the foundation stated Cullors was a volunteer executive director who, prior to 2019, had “received a total of $120,000 since the organization’s inception in 2013, for duties such as serving as spokesperson and engaging in political education work.”

“As a registered 501c3 non-profit organization, (the foundation) cannot and did not commit any organizational resources toward the purchase of personal property by any employee or volunteer,” the foundation said in a statement.

“Any insinuation or assertion to the contrary is categorically false.”

Founders focus on other projects

In 2018, Cullors released, “When They Call You a Terrorist: A Black Lives Matter Memoir,” which became a New York Times bestseller. She has also consulted on a number of racial justice projects outside of BLM, taking compensation for that work in her personal capacity. 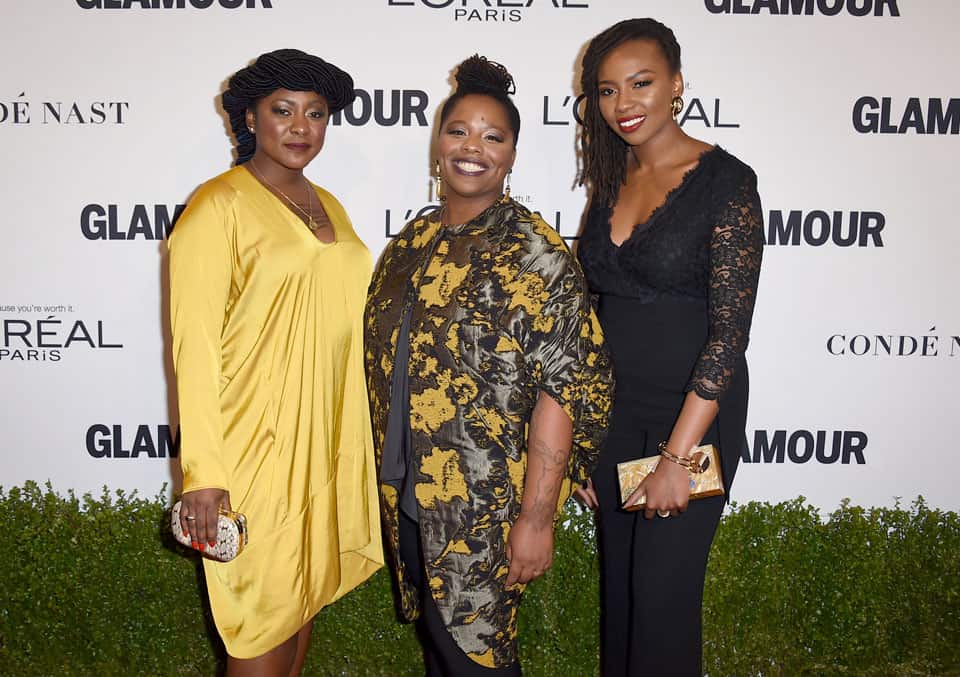 In this Nov. 14, 2016, file photo, Alicia Garza, from left, Patrisse Cullors and Opal Tometi, co-founders of the Black Lives Matter movement, arrive at the Glamour Women of the Year Awards at NeueHouse Hollywood in Los Angeles. Cullors, a co-founder of Black Lives Matter, announced Thursday, May 27, 2021, that she is stepping down as executive director of the Black Lives Matter Global Network Foundation. (Photo by Jordan Strauss/Invision/AP, File)She and the BLM movement have come a long way since its inception as a social media hashtag, following the 2013 acquittal of George Zimmerman, the neighborhood watch volunteer who killed 17-year-old Trayvon Martin in Florida.

Cullors, along with BLM co-founders Alicia Garza and Opal Tometi, pledged then to build a decentralized movement governed by consensus of a members’ collective. In 2015, a network of chapters was formed, while donations and support poured in. Garza and Tometi soon stepped away from day-to-day involvement in the network to focus on their own projects.

Cullors, who has arguably been the most publicly visible of the co-founders, became the foundation’s full-time executive director last year purely out of necessity, she said.

“George Floyd was killed and the whole world rose up,” Abdullah told the AP. “I would like her to be there forever, but I also know that that’s not feasible.

"The real test of any organization is can it survive the departure of its founders.

"And I have no question that Black Lives Matter will survive and grow and evolve, even with the departure of our final co-founder in a formal role.”

On Oct. 5, St. Martin's Press will release Cullors’ latest book, titled “An Abolitionists Handbook,” which she says is her guide for activists on how to care for each other and resolve internal conflict while fighting to end systemic racism. Cullors is also developing and producing original cable and streaming TV content that centers on Black stories, under a multi-year deal with Warner Bros.

The first of her TV projects will debut in July, she said.

“I think I will probably be less visible, because I won’t be at the helm of one of the largest, most controversial organizations right now in the history of our movement,” Cullors said.

“I’m aware that I’m a leader, and I don’t shy away from that. But no movement is one leader.”