As US Schools Resume Testing, Large Numbers are Opting Out 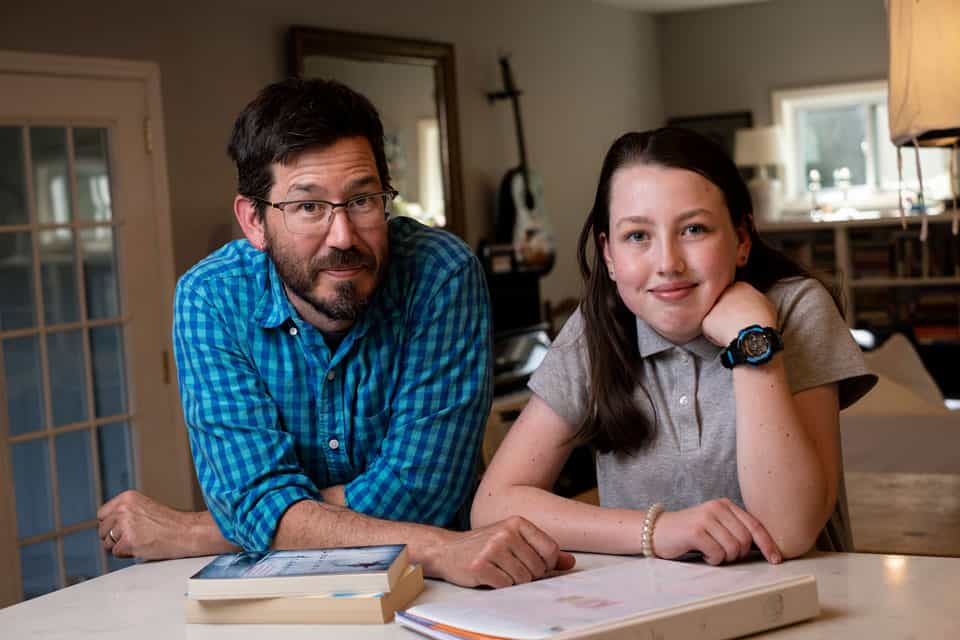 Standardized tests are returning to the nation’s schools this spring, but millions of students will face shorter exams that carry lower stakes, and most families are being given the option to forgo testing entirely.

With new flexibility from the Biden administration, states are adopting a patchwork of testing plans that aim to curb the stress of exams while still capturing some data on student learning. The lenient approach means large swaths of students will go untested, shattering hopes for a full picture of how much learning has been set back by the pandemic.

“We will end up with a highly imperfect set of data,” said Robin Lake, director of the Center on Reinventing Public Education at the University of Washington. “This is something our country will have to commit to tracking and learning about for at least the next few years, and maybe the next decade.”

Some of the nation’s largest districts plan to test only a fraction of their students as many continue to learn remotely. In New York City, students must opt in to be tested this year. In Los Angeles, most students are not being asked to take state exams this year. Other districts are scaling back questions or testing in fewer subjects.

It's the latest episode in a long-fought battle over school testing and, as in the past, parents are polarized. Some are demanding tests to get a sense of their children's progress. Others see no need to put their children through that kind of stress. 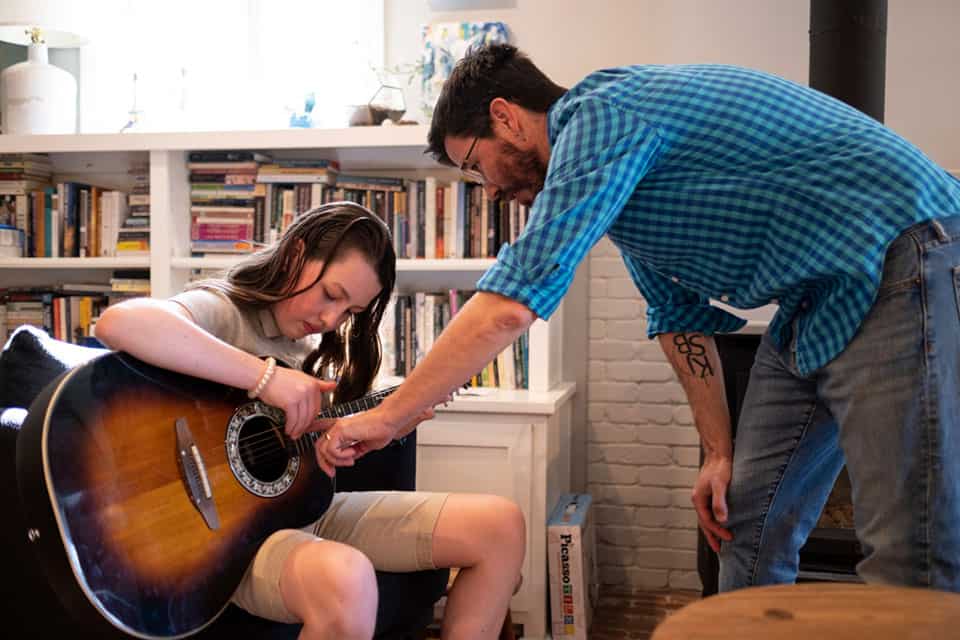 Jay Wamsted, right, and his daughter, Kira, are photographed on Thursday, May 20, 2021 in Smyrna, Ga. Wamsted, who is an 8th grade math teacher, allowed his daughter to skip testing this year. With new flexibility from the Biden administration, states are adopting a patchwork of testing plans that aim to curb the stress of exams while still capturing some data on student learning. (AP Photo/Ben Gray)As a teacher, Jay Wamsted believes there's value in testing. But when his sixth-grade daughter Kira asked to opt out this year, he saw no reason to object. He already knows she needs to catch up on math after months of remote learning. And as a teacher at her school, he knew that many other students were also backing out, undermining the value of the results.

“I know she’s a little behind, and I don’t need that data,” said Wamsted, who live in Smyrna, Georgia.

“To take a month to gather data that is not going to mean anything to any of their teachers next year — it seems like a waste of time.”

Parent Abby Norman found her third-grade daughter crying in her bedroom the morning tests were scheduled to begin at her school near Atlanta. Priscilla, 9, had just returned to the classroom after learning remotely and was worried she wasn't prepared. 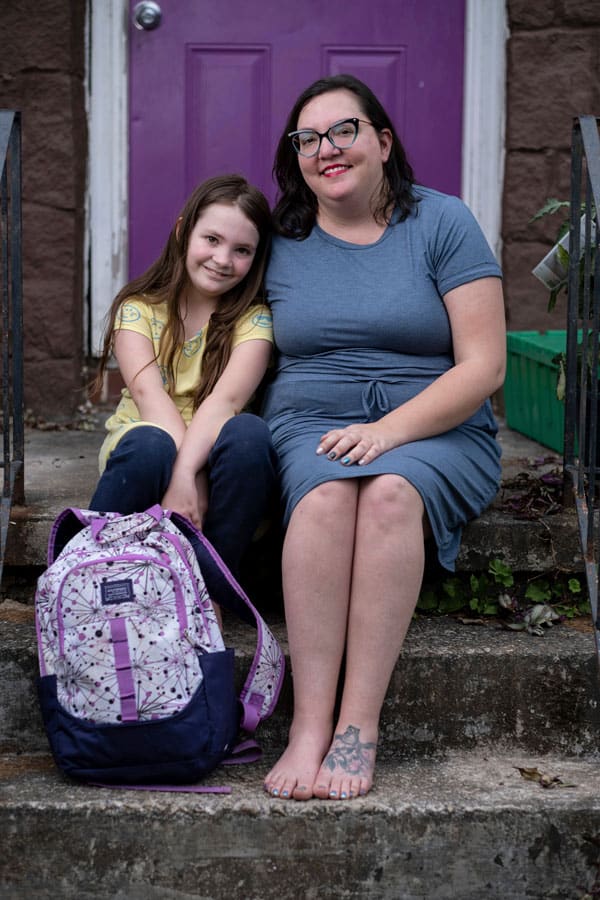 Abby Norman, right, said her 9-year-old daughter Priscilla Norman, left, was in tears the first morning of school testing because she felt pressure to do well, but didn't feel prepared after remote learning, sitting outside at the family's home in Decatur, Ga., Tuesday, May 18, 2021. (AP Photo/Ben Gray)“She was so nervous about this test that I don’t care about at all, that does not matter to me,” said Norman, who is a preacher. “I literally ended up telling her, ‘If you want to lick the test and give it back, I don’t care.’”

With that reassurance, Abby agreed to take the tests and scored “almost off the charts,” her mom said. Still, Norman resents that students were put in that situation at all.

Several states lobbied the Biden administration to cancel standardized tests entirely for a second year, but the Education Department aimed for a middle ground: It told states to test as many student as possible without requiring them to come in just for exams. The goal, the agency said, should be to measure the pandemic's impact and identify how to help students recover.

Acknowledging the challenges of the pandemic, the agency invited states to shorten or delay tests, and it urged them to ease the stakes for students. But the department later granted additional leniency to certain states, prompting criticism that it failed to set a clear bar.

Scaling back testing in Oregon, Colorado

Washington, D.C., was granted permission to cancel tests because 88% of students were learning remotely, but the agency rejected similar requests from Michigan, New York and Georgia. Requests to scale back testing were granted in Colorado and Oregon, but a plan to narrow the testing pool in Washington state was rejected.

Those who opposed testing say it’s the last thing students need after such a challenging year. Schools have other ways to evaluate students, they say, and testing only takes away from classroom time.

Michigan's education chief has blasted the uneven flexibility granted to states. School across Michigan have already used other tests to assess students, he said, and more exams “will inform precisely nothing about our children’s needs.” State officials in New York argued that testing is unlikely to produce useful data given the variability in instruction during the pandemic.

“In fact, the students most in need of state assessments — those receiving remote instruction — are the very children who are not required to take the test,” the state's top education officials wrote in an April statement.

Some say imperfect data is helpful

Testing advocates counter that there’s still value in collecting as much data as possible. Lake, at the University of Washington, said even imperfect results can help illuminate the scope of the problem schools face as they help students recover.

“Standardized tests at the state level are the most consistent data we’ve had to track academic progress, so it would be a huge missed opportunity to forgo those tests this year,” she said.

“Flying blind is not a responsible position for a public official to take.”

Some critics blame the Biden administration for allowing halfhearted attempts at evaluations. They point to places like New York City, where the outgoing schools chief urged parents in February to consider opting out of tests. Oregon’s two largest districts have voted to defy state orders and skip testing. The state says their penalty will be to submit a plan to come into compliance next year.

“These states are simply playing games. They’re not even pretending to make an effort to test students, and the Biden administration is letting them get away with it,” said Michael Petrilli, president of the Thomas B. Fordham Institute, a conservative education think tank.

If testing isn't feasible now, Petrilli said, it should be done in the fall. Maryland, New Jersey and Washington state have postponed tests, and it's an option for districts in California.

Testing as usual in some states

In some states, officials are pushing ahead with tests much as they have in the past. In Tennessee and Arkansas, education officials have said all healthy students are expected to take state exams, which are only being offered in-person. More than 1.4 million tests have already been given in Arkansas this spring, and the state is on track to test at least 95% of students, according to the state's education department.

In normal years, the federally required tests are used to gauge school effectiveness and chart the progress of students, both as individuals and in demographic groups. In some states, students must pass certain tests to move to the next grade or graduate from high school. But this year, most states are focusing on measuring student growth and letting schools and students off the hook for the results.

After last year's tests were canceled, there was hope that this year's exams would provide the most comprehensive look yet at the pandemic's impact on education. But the inconsistency between states now makes a broad analysis impossible, said Scott Marion, executive director of the nonprofit Center for Assessment, which helps states design and evaluate tests.

Still, he believes the results will have value. As schools begin the long process to help students recover, he said, this year's data will provide a foundation to measure against.

“I do think the data can be a useful baseline going forward,” he said. “If this is the low point, or close to it, how are our kids going to come out of it going forward?”