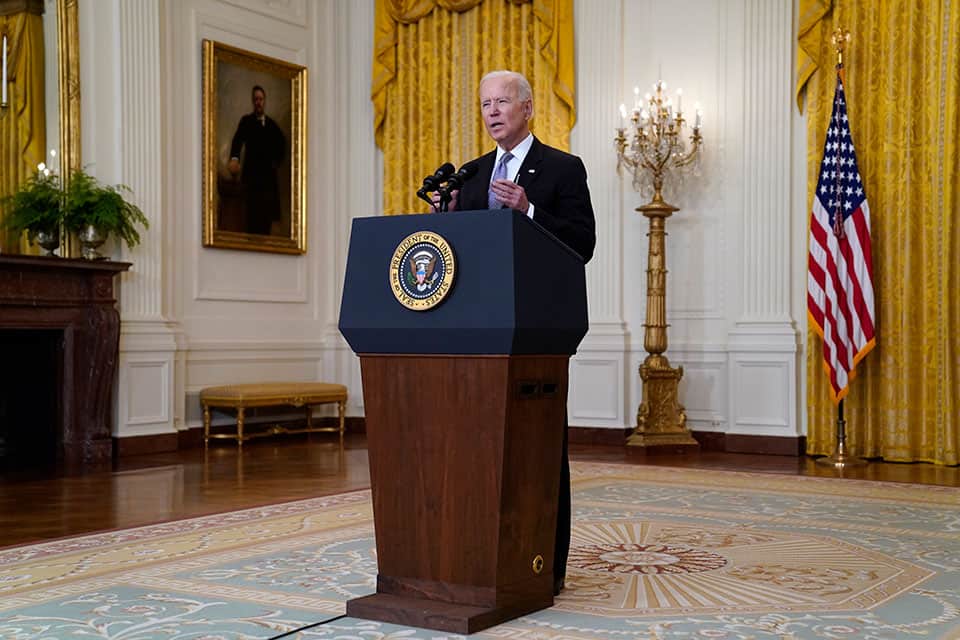 Biden will sign a memorandum directing the Department of Justice to restore key functions of the shuttered Access to Justice Office and to reestablish the White House Legal Aid Interagency Roundtable.

The plans are laid out in a presidential memo first shared with The Associated Press. The White House said that Biden was directing the roundtable to examine the impact that the coronavirus pandemic has had on access to justice in both civil and criminal matters.

The pandemic “has further exposed and exacerbated inequities in our justice system” as legal services were curtailed, Biden wrote. He added that the problems "have touched the lives of many persons in this country, particularly low-income people and people of color.”

Tuesday’s memo is Biden’s latest step to work toward reforming the criminal justice system and advancing racial equity. It comes almost a year after the death of George Floyd sparked global protests and demands for action to address structural racism. 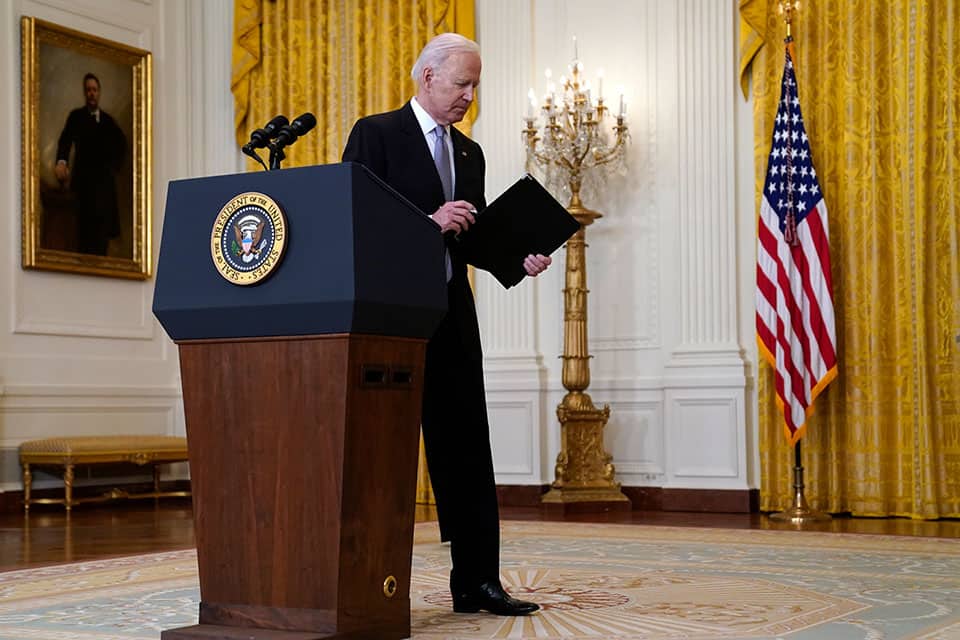 President Joe Biden walks from the podium after speaking about distribution of COVID-19 vaccines, in the East Room of the White House, Monday, May 17, 2021, in Washington. (AP Photo/Evan Vucci)

It builds on an executive order Biden signed on his first day in office establishing an initiative to prioritize equity in government operations. His proposed budget seeks $1.5 billion to strengthen state and local criminal justice systems, including public defenders. White House officials said the latest step will build on those efforts.

Civil rights organizations and leaders have been pressing the Biden administration to reestablish the Access to Justice Office and its work. The memo doesn’t explicitly reopen the office but requires Attorney General Merrick Garland to submit a plan within 120 days to expand work on access to justice.

The Access to Justice office was begun in 2010 by then-Attorney General Eric Holder and was formally established in 2016 under President Barack Obama. It worked on matters including criminal indigent defense, enforcement of fines, language barriers in the courts and civil legal aid.

The office was shut by then-Attorney General Jeff Sessions in 2018, with senior Justice Department officials saying that its mission was similar to the role of public defenders. Even before the office was closed, its resources dwindled.

The Legal Aid Interagency Roundtable was first formed in 2012 and was launched as a White House initiative in 2015 to find ways to improve access and help people representing themselves, among other things.

The announcement comes as the Biden Justice Department has been refocusing the agency around civil rights, prioritizing policing reform measures and combating racial discrimination.

In just the past few weeks, the department has opened investigations of police in Louisville, Kentucky, and Minneapolis. Federal prosecutors have charged four former Minneapolis police officers with civil rights violations in Floyd’s death and accused three men of hate crimes in the death of Ahmaud Arbery in Georgia.

And many Trump-era policies have been reversed, including the Trump administration’s so-called “zero tolerance” immigration policy and a memo that curtailed the use of sweeping investigations into police departments.