'Foot Soldiers' of Birmingham to BLM: 'Keep on Keeping On' 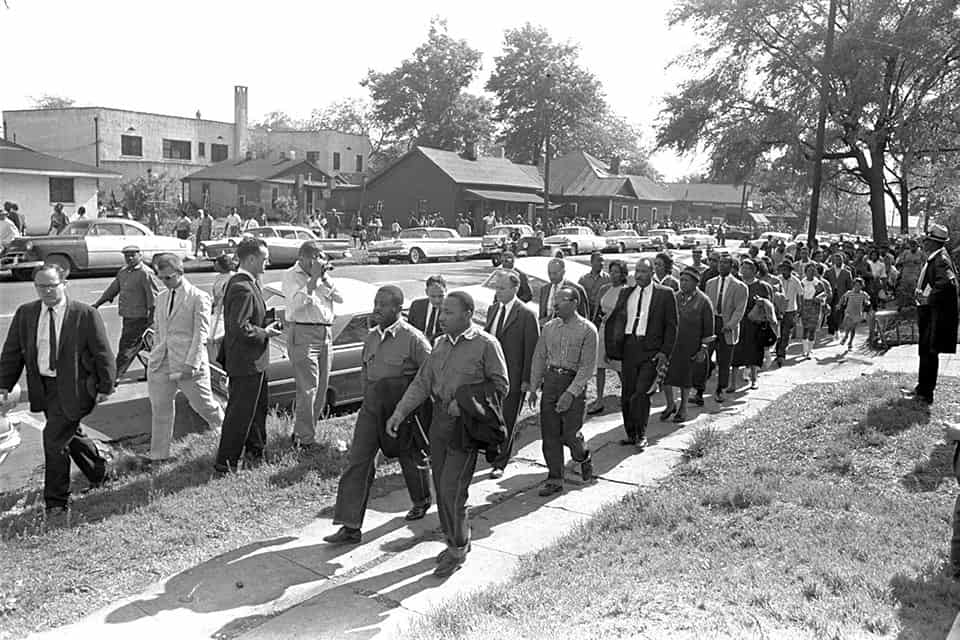 BIRMINGHAM, Ala. (AP) — Charles Avery had barely started marching when police arrested him, forced him into a police vehicle and took him to jail for participating in landmark civil rights protests that helped change the nation in 1963. He spent days in custody and then lived decades haunted by a conviction for the most innocuous of offenses — parading without a permit — that he saw as noble yet others questioned with suspicion.

“I had to explain what it was, that it was from Birmingham," said Avery, 76. "It always came up.”

Yet Avery said he'd do it again all these years later, and he has a message for the thousands of demonstrators who have been arrested nationwide during the months-long uprising over police violence and racism:

"Keep going. A lifelong mark in the name of justice is worth the trouble."

Veterans of the campaign that the Rev. Martin Luther King Jr. helped lead to eradicate racial segregation in Birmingham nearly 60 years ago remain firmly in the corner of racial justice now that they're old and gray, with some joining in protests that followed George Floyd's murder by Minneapolis police last year and others watching at home on TV.

Nonviolence was King's way, and some are put off by scenes of burning buildings and rioting that accompanied some protests, including one in Birmingham. But foot soldiers who first advocated for the idea that Black lives matter decades ago now support the movement of the same name; The Associated Press interviewed some of them ahead of an online commemoration of the ‘63 Children’s Crusade protests held Friday that focused on challenges facing young people today. 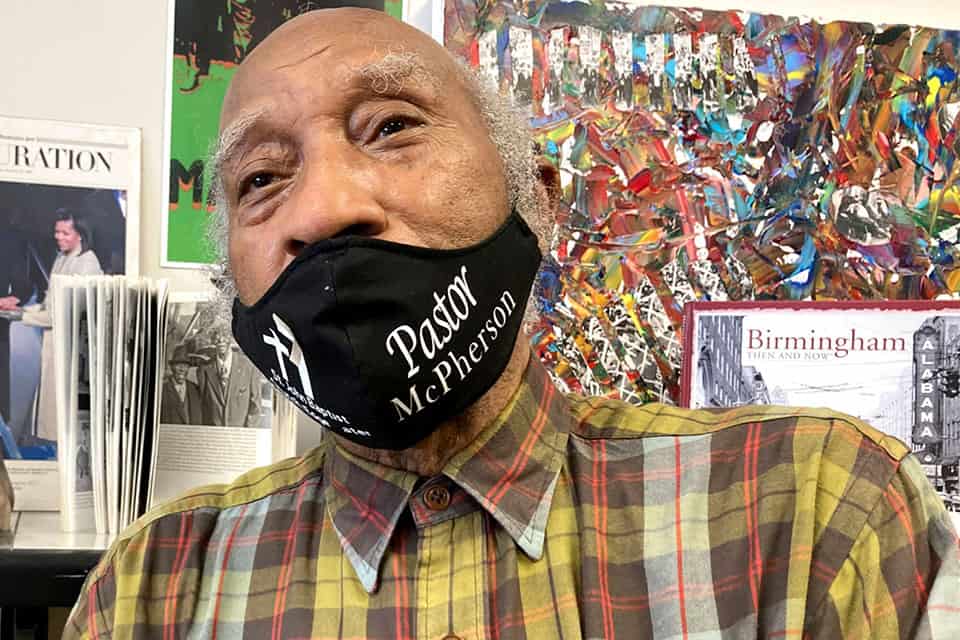 Rev. Jonathan McPherson, who was arrested while protesting with Martin Luther King Jr. in 1963, is shown during an interview in Birmingham, Ala., on Tuesday, April 27, 2021. Veterans of the campaign that King helped in Birmingham nearly 60 years ago remain in the corner of racial justice, with some joining in protests that followed George Floyd's murder by Minneapolis police last year and others watching at home on TV. (AP Photo/Jay Reeves)

The Rev. Jonathan McPherson was walking just a few feet behind King when both were arrested in downtown Birmingham. He spent a night in jail and sees his conviction for illegal parading as a badge of honor.

“It was worth it, every bit of it. I’ve even told my wife I can’t move like I used to but I’ll be glad to join those young people today in these protests that we have," said McPherson, 87. He once served as a bodyguard for King and other movement leaders in Birmingham, which came to be known as “Bombingham” for the frequency of attacks on Black churches, homes and leaders.

Arrested the same day as McPherson, Myrna Jackson recently had a stroke and spends most of her time at home. But she stays up to date on the Black Lives Matter movement and mourns every time someone else dies at the hands of law enforcement.

“People are fed up. A lot of times these things are happening so close together it doesn’t give you breathing room.”

More than 10,000 people were arrested nationwide last year during protests for offenses including curfew violations and failure to disperse; hundreds also were were arrested on burglary and looting charges. Protesters often were restrained in plastic zip-ties and taken away in buses, and many times charges were dropped.

In Birmingham, local activists including the Rev. Fred Shuttlesworth had been confronting racism and legalized segregation of schools, businesses and public accommodations for years by the time King's Southern Christian Leadership Campaign launched the “Birmingham Campaign” in the spring of '63 with weeks of marches, selective buying campaigns and pickets.

More than 1,600 demonstrators, many of them Black students from area schools, were arrested from March through May, city records show, and authorities used police dogs and firehoses to break up marches. Scenes of the mayhem, broadcast on black-and-white TVs worldwide, and a racist church bombing that killed four Black girls in Birmingham months later helped build support for the Civil Rights Act of 1964.

The youngest protesters that year included Paulette Roby, who was arrested as a 13-year-old girl. She didn't face charges and now chairs the Civil Rights Activist Committee, which documents the stories of participants and tells their stories in tours, workshops and seminars that help tie the past together with demonstrations today.

“I didn’t realize that things I did at 13 would still be important now," said Roby, 71.

Older teens and adults often were charged with parading without a permit. While some went to city court, others say they never did and wound up with misdemeanor convictions on their record despite never having a chance to defend themselves.

Then-Mayor Larry Langford issued a blanket pardon for the convicted protesters in 2009, and many including Avery accepted. While serving both in the Army in Vietnam and later in the civilian workforce, Avery said he'd been singled out for scrutiny because of the conviction and forced to explain his record for years. 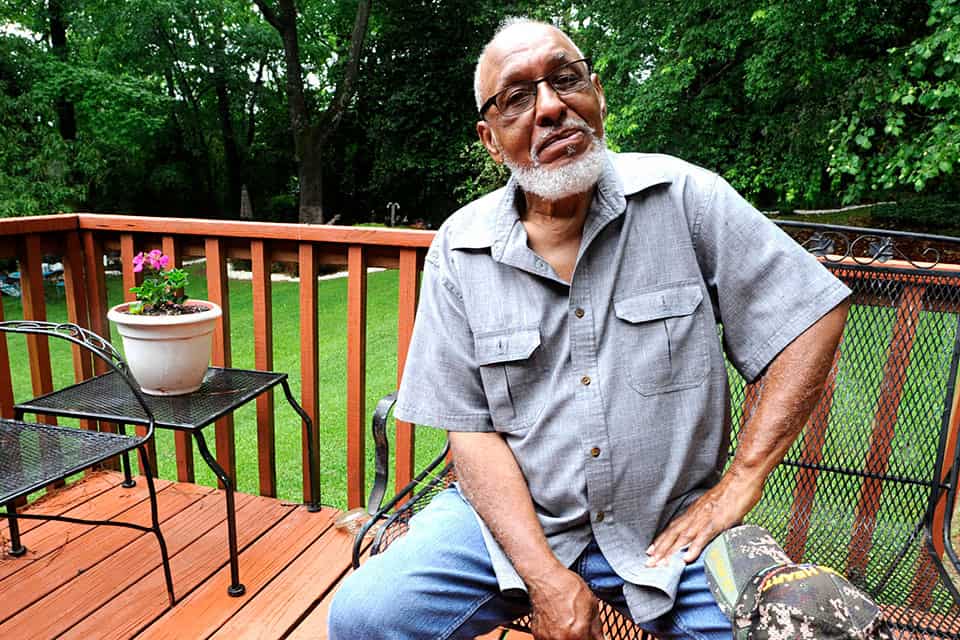 Civil rights veteran Charles Avery sits on the deck of his home in Center Point, Ala., on Monday, May 3, 2021. Arrested during a demonstration in 1963, Avery said he supports today's protests against racial injustice and believes activists should continue despite the potential consequences of arrest and conviction. (AP Photo/Jay Reeves)

Avery, who served as senior class president at Hooper City High School and led fellow students to the demonstration that day in 1963, was allowed to graduate but never received his diploma, which he said the principal refused out of fear of appearing to endorse the protests. Just 18 at the time, Avery soon relocated to Chicago because his mother feared for his safety in Birmingham.

Attending a rally last year in a park near where he was arrested in 1963, Avery was happy to see nearly as many white people and Hispanic people as Black people demonstrating on behalf of racial justice. “I thought:

"This is what it’s about, bringing people together”'

McPherson was among dozens of demonstrators who refused a pardon to wipe away a 1963 conviction. A minister for more than 50 years, he said the case never presented a problem, and it's something he remains proud of decades later.

“The only time I have been in jail was when I went to jail with Martin Luther King on Good Friday, 1963,” he said. "So I don’t mind anybody seeing that if they want to see it anywhere.”

Years from now, he said, perhaps today's demonstrators facing arrest and convictions will look back on their experiences similarly.

“As long as you know what you are doing is right and is for a good cause, keep on keeping on. Keep on protesting because you’ll never get anything without some sacrifice being made,” said McPherson.