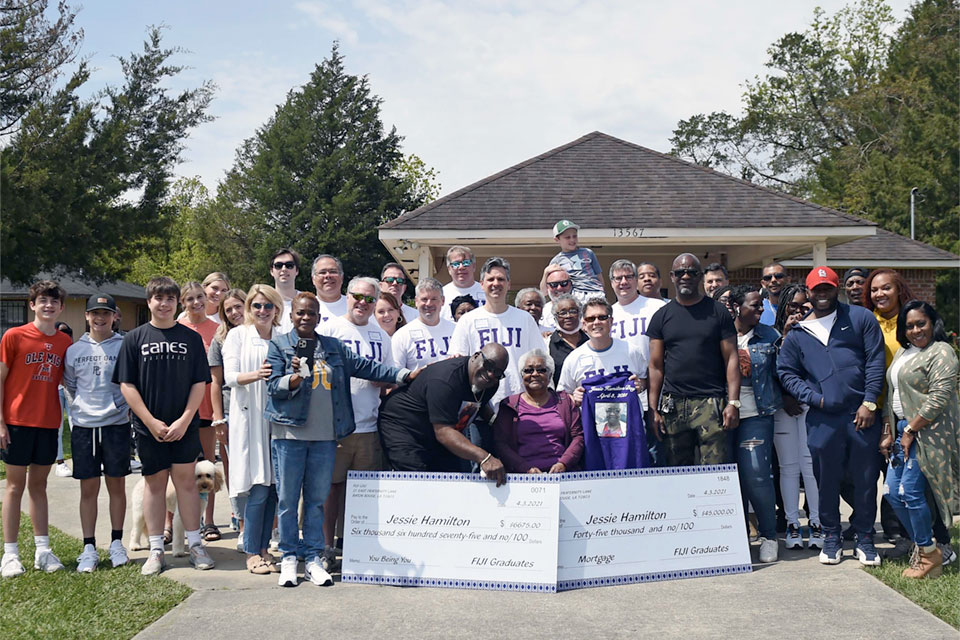 More than 30 years ago, Jessie Hamilton worked as cook for the “Fijis,” an LSU fraternity. For 14 years, she served meals to the Phi Gamma Delta fraternity before taking her current job in custodial services at the Baton Rouge Metropolitan Airport. Now the members have come together to pay Ms. Hamilton back. 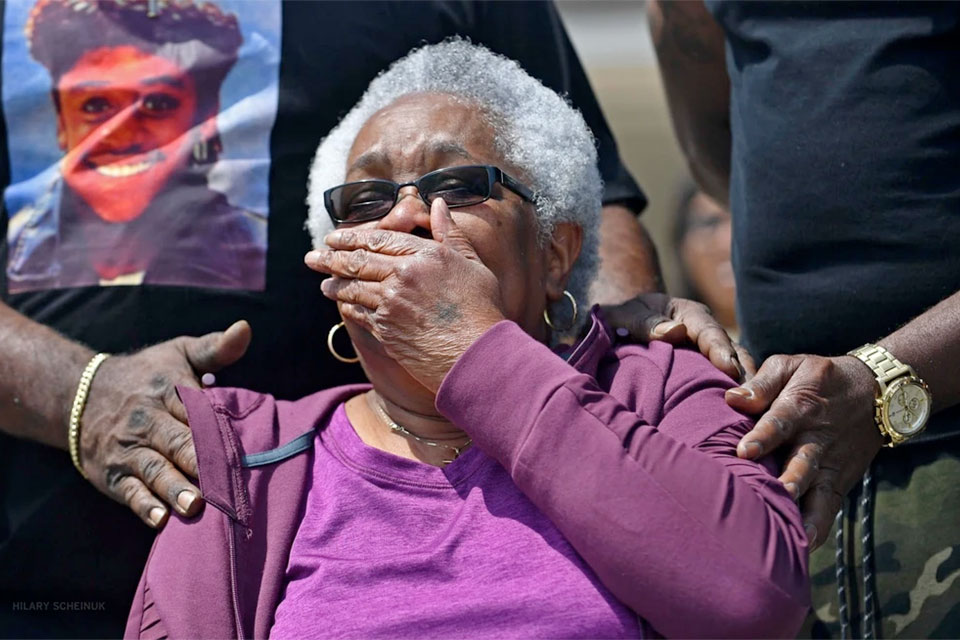 Hamilton grateful to the alums that surprised her on her 74th birthday. Photo: @hscheinukphoto/Twitter

Andrew Fusaiotti, who was a student at LSU from 1987 to 1989, spearheaded the efforts to raise money for Hamilton, garnering $51,765 that was used to pay her mortgage off, put money in her pocket and create “Jessie Hamilton Day” t-shirts. Ninety members of the frat contributed to the fund, each donating between $600-$1000. Recently, a dozen members showed up to surprise Hamilton on her 74th birthday, playing a good old Fiji-style “Let’s Make a Deal,” to gift her with the prizes behind three doors, each one opened by her children.

“This has been a blessing to me."

"I have been worrying about how I was going to pay my house off. I am grateful for what God has done and has led them to do for me,” Hamilton told reporters.

Fusaiotti said the token of appreciation really just is the return for all she’s giving to so many over the years.

Hamilton is ready to start a new chapter in life

“That shows how they all felt about her. Jessie is one of these people that shows up to work and always has a smile on her face, eager to please and never complains. She is the type of person that inspires me, people that don’t have a lot, but give a lot. She’s the most giving person you’ve ever met,” said Fusaiotti.

Hamilton says with her new blessing she plans to retire and take a vacation to Hawaii.

Congratulations Ms. Jessie! You deserve it!