Ban on Renter Evictions During COVID-19 Pandemic Is Extended 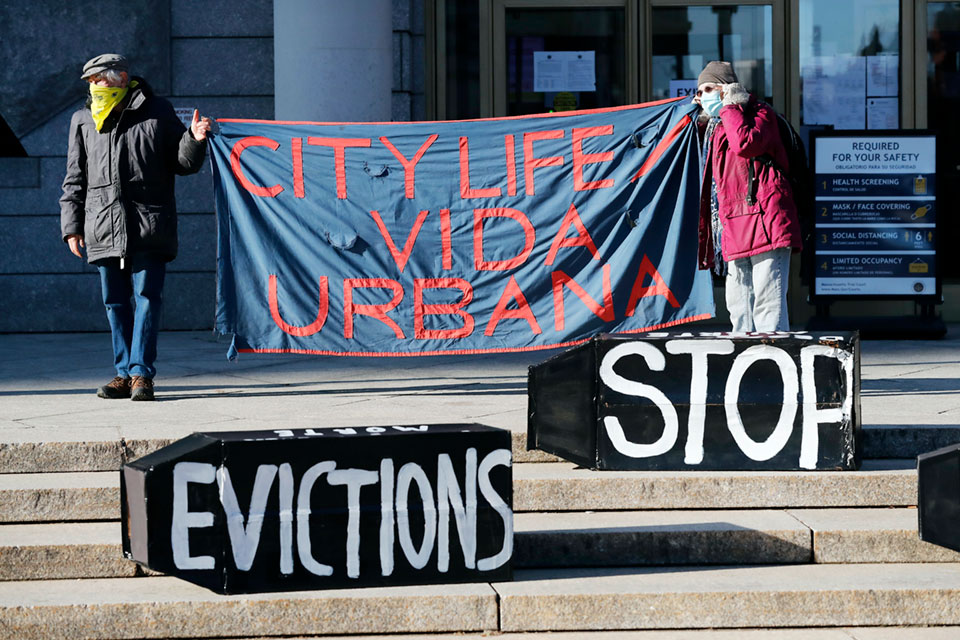 WASHINGTON (AP) — The Biden administration is extending a federal moratorium on evictions of tenants who have fallen behind on rent during the coronavirus pandemic.

The Centers for Disease Control and Prevention on Monday moved to continue the pandemic-related protection, which had been scheduled to expire on Wednesday. The moratorium is now extended through the end of June. 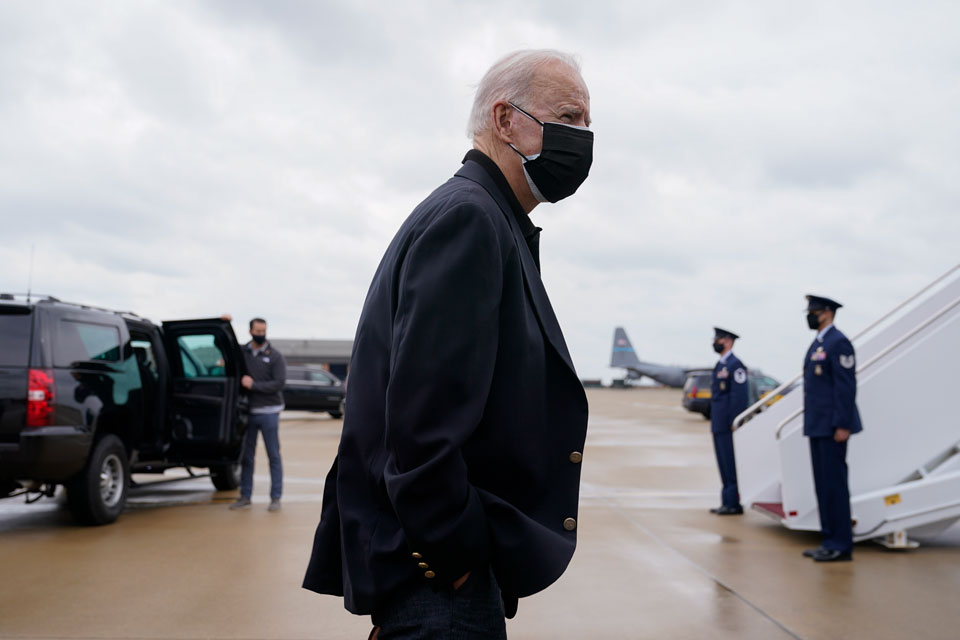 President Joe Biden speaks with members of the press before Air Force One at Delaware Air National Guard Base in New Castle, Del., Sunday, March 28, 2021. Biden is returning to Washington after spending the weekend at his home in Delaware. (AP Photo/Patrick Semansky)The ban, initially put in place last year, provides protection for renters out of concern that having families lose their homes and move into shelters or share crowded conditions with relatives or friends during the pandemic would further spread the highly contagious virus, which has killed more than 545,000 people in the United States.

To be eligible for the housing protection, renters must earn $198,000 annually or less for couples filing jointly, or $99,000 for single filers; demonstrate that they’ve sought government help to pay the rent; declare that they can’t pay because of COVID-19 hardships; and affirm they are likely to become homeless if evicted.

In February, President Joe Biden extended a ban on housing foreclosures to June 30 to help homeowners struggling during the pandemic.

Housing advocates had generally expected the extension of the tenant eviction moratorium and had been lobbying the Biden administration, saying it was too early in the country's economic recovery to let the ban lapse.

John Pollock, coordinator of the National Coalition for a Civil Right to Counsel, said that the moratorium “is vital for ensuring there is enough time for Congress’s emergency rental assistance to reach the millions of renters in need who would otherwise be evicted.”

Pollack said current surveys show that 18.4% of all tenants owe back rent. That number also revealed significant racial disparity: The percentage of Black tenants behind on their rent was 32.9%.

But Pollock and other housing advocates were disappointed that Biden merely extended the ban without addressing several issues that put many tenants at risk of eviction.

“In Massachusetts, judges have green-lighted over 1,700 evictions under the federal eviction moratorium. While it is protecting some families, it’s clearly not protecting all,” said Denise Matthews-Turner, the interim executive director of City Life/Vida Urbana, a grassroots housing justice organization in Boston. “The extension is a good thing, but it’s disappointing that the moratorium wasn’t also strengthened to keep families from falling through the cracks, such as families with no-fault evictions or whose landlords won’t accept rent relief.”

Diane Yentel, president of the National Low Income Housing Coalition, said she and others had pushed to make the ban’s protections automatic and universal. Currently, tenants have to actively take steps to invoke the ban’s protections, which can lead to exploitation of those who don't know their rights or don't understand the process.

Also, some jurisdictions have allowed landlords to initiate the eviction process in court, a tactic that scared many families into leaving rather than having the eviction proceedings, even unfinished ones, on their records.

“While the Biden administration is well aware of the shortcomings in the moratorium order that allow some evictions to proceed during the pandemic, the CDC director did not correct them,” Yentel said.

Instead, the CDC “simply extended President Trump’s original order, leaving the loopholes and flaws in place, a disappointing decision that will result in more harmful evictions during the pandemic,” she said.

Pollock said the moratorium should also include a provision ensuring tenants have a right to counsel, "so that they can effectively use rental assistance and fight the increasing wave of illegal evictions.”

Landlords in several states have sued to scrap the order, arguing it was causing them financial hardship and infringing on their property rights. They remain opposed to any extension, saying it does nothing to address the financial challenges facing renters and landlords.

There are at least six prominent lawsuits challenging the authority of the CDC ban. So far, three judges have sided with the ban and three have ruled against, with all cases currently going through appeals. One judge in Memphis declared the CDC order unenforceable in the entire Western District of Tennessee.

Chuck Fowke, chairman of the National Association of Home Builders, said he was "disappointed that the Administration is still pushing this poorly thought out and illegal policy."

Fowke said in a statement that the government was embracing a short-term fix by “saddling landlords with the responsibility to provide free housing during this pandemic.”