Beach In L.A. County Worth Up To $72 Million May Go Back To Descendants Of First Black Owners 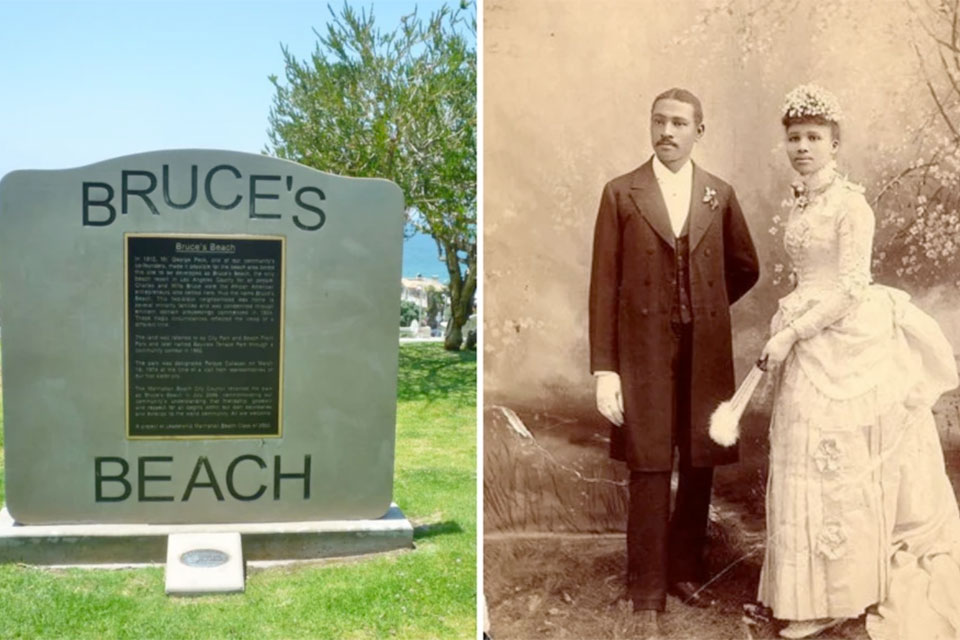 A once Black-owned beach and resort in Los Angeles County, which was wrongfully stripped from its original owners almost a century ago, may be returned to their descendants. 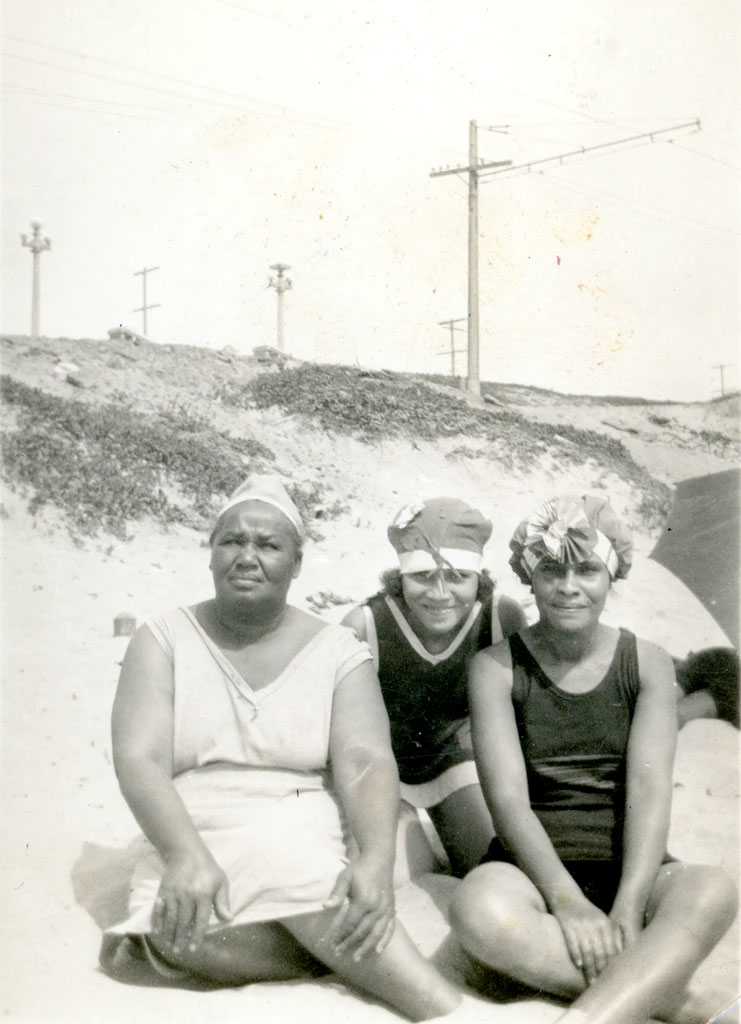 (Photo/Easy Rider News)In 1912, Willa Bruce purchased two lots of land from a white land developer, George H. Peck, in Southern California for $1,225. Her husband, Charles Bruce, worked as a chef on dining-cars on a train that ran between Salt Lake City and Los Angeles, while she ran a lodge, cafe, and dance hall that allowed Black families to enjoy weekends at Manhattan Beach. The area was referred to as Bruce's Beach. It brought more Black families into the area who built or purchased their own homes overlooking the sea, creating a small community.

"They were pioneers. They came to California, bought property, enjoyed the beach, made money," Alison Rose Jefferson, a historian and author of the book "Living the California Dream: African American Leisure Sites during the Jim Crow Era" told the Los Angeles Times. "They did what every other Californian was doing during that time."

LA County Supervisor Janice Hahn said she's looking into what can be done to fix this unethical treatment from decades ago.

"I'm considering, first of all, giving the property back to the Bruce family," Hahn KABC-TV. "I think that would be the one act that would really be justice for that family.

"I wanted the county of Los Angeles to be a part of righting this terrible wrong."

The Bruces and their neighbors weren't able to enjoy the seaside community without harassment from whites due to its growing popularity. Tires were slashed, fake parking signs that said "10 minutes only" put up, and visitors had to walk an extra half mile around the property owned by Peck due to "No Trespassing" signs and security. The Ku Klux Klan allegedly set fire to a mattress under the main deck and attempted to burn a home nearby, but the community stood firm and prospered. 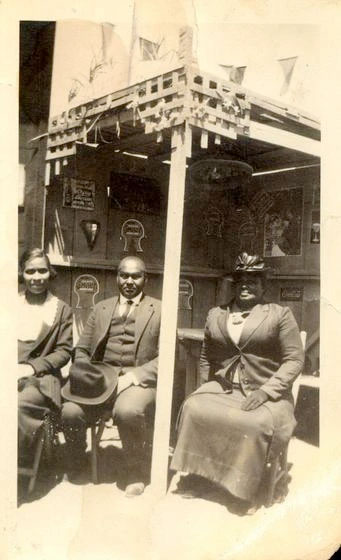 (Photo/The San Diego Voice & Viewpoint)Then in 1924, the city stepped in to do the dirty work. They condemned the neighborhood and seized more than two dozen properties using eminent domain. Although this is the government's right to take private property for public use, following fair compensation, the Bruces and other families received way less than it was worth. They sued for racial discrimination. The Bruces requested $120,000 in compensation, $70,000 for their two lots and $50,000 in damages. After years in court, they received $14,500. Today the land could be worth up to $72 million.

The city tried to lease the land to a private buyer to create a whites-only beach, but the NAACP stepped in. In 1927, they used civil disobedience and a "swim-in" to protest the community's unfair treatment and were arrested. They fought the charges and won. The courts overturned the beach's condemning, and it opened again to the public with no restrictions.

One of the last living direct descendent said the confiscation of his family's land robbed them of a legacy.

"It was a wrong against the Bruce family; I think we would be wealthy Americans still living there in California... Manhattan Beach probably," Anthony Bruce told reporters.

"That was our property. And they removed it with eminent domain, which was pretty much like using the law to...commit a crime."

A majority of those who lived in the Bruces Beach community were able to find other properties in the Manhattan Beach area, but the Bruces were blacklisted. Since they couldn't move their resort to any different location, they moved inland and worked as chefs for other businesses until their deaths.

"The part that entrenches this whole idea of white privilege in the law and in our culture, that people don't realize the full effect, is this idea of generational wealth," Effie Turnbull Sanders, the California Coastal Commission's environmental justice commissioner told reporters.

The Bruce's resort was razed and remained vacant until 1950, when the city feared family members would sue to regain their land. They built a park, which was renamed several times: City Park, Beach Front Park, Bayview Terrace Park, and Parque Culiacán. The Manhattan Beach City Council, led by Councilman Mitch Hard, the city's first Black city official, restored the area's original name in 2006. In 2007, eight decades after the NAACP's campaign, they held a public ceremony in its honor.

In 2018, the Bruce family came from across the country to see the place their ancestors once owned. Patricia Bruce-Carter, the family reunion organizer, told Easy Reader News that having more than 130 family members gathered on the land was bittersweet. 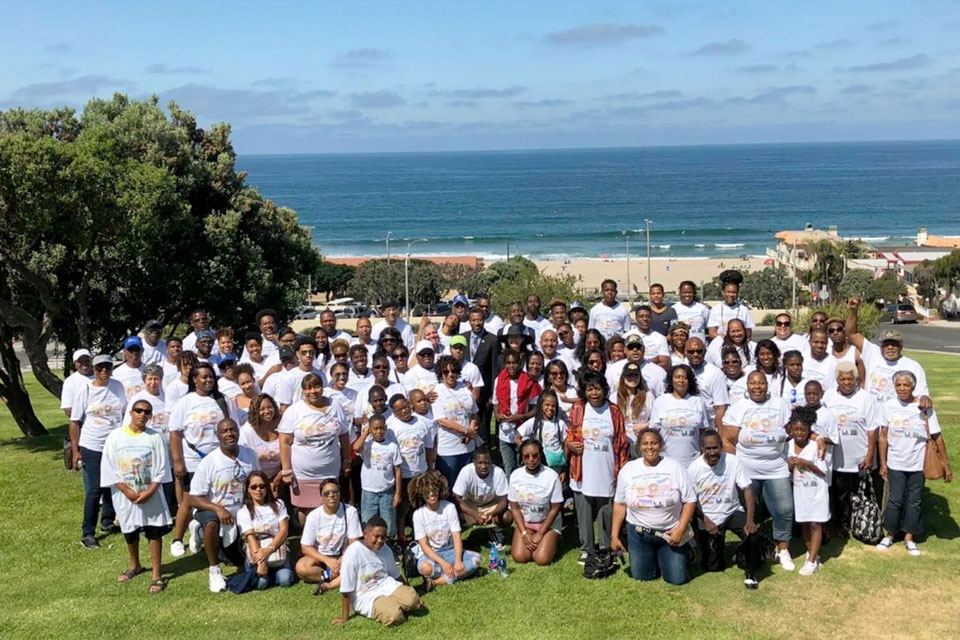 (Photo/Daily Breeze Blog)"It was a sad story because I understand there were other Blacks, and they just moved down the street — there was a place where they could go and live. But the Bruces were like, 'The hell with you. We are getting out of here,'" Bruce-Carter said. "It's unfortunate. A lot of that went on during that time. Of course, everyone knows that was a while ago, and of course, you still have your prejudices. But you have to keep a positive attitude. You can't let that get in the way of your life because you will just shorten your life if you meditate on that."

Manhattan Beach resident Kavon Ward moved to Manhattan Beach with her daughter last year and said she still faces racial micro-aggressions but has no plans on leaving. After she learned what happened to Bruce Beach, she started a group with other moms, Anti-Racist Movements Around the South Bay.

"It's like: You kicked the Bruces out, but you're not going to run me out," Ward told the Times.

"So if I'm not leaving, I've got to fight to make it better."

Ward has been petitioning and raising awareness on the history of Bruce's Beach.

She continued," This task force and members of Manhattan Beach are living in this sort of bubble of white supremacy and white fragility, and I feel like it's time to penetrate that bubble."

The Manhattan Beach city task force is sending recommendations for the Bruce family to receive a proper acknowledgment, an apology, and a new commemorative plaque. Still, Ward says that's not enough."Initially, there were folks who I started the group with who wanted the plaque to be changed, and that's great right, the plaque should be changed, and the truth should be known, but for me, that wasn't taking it far enough," Ward said to NBC Los Angeles. "This land was stolen from the family. There's knowledge of it, and so the land needs to be given back to the family."