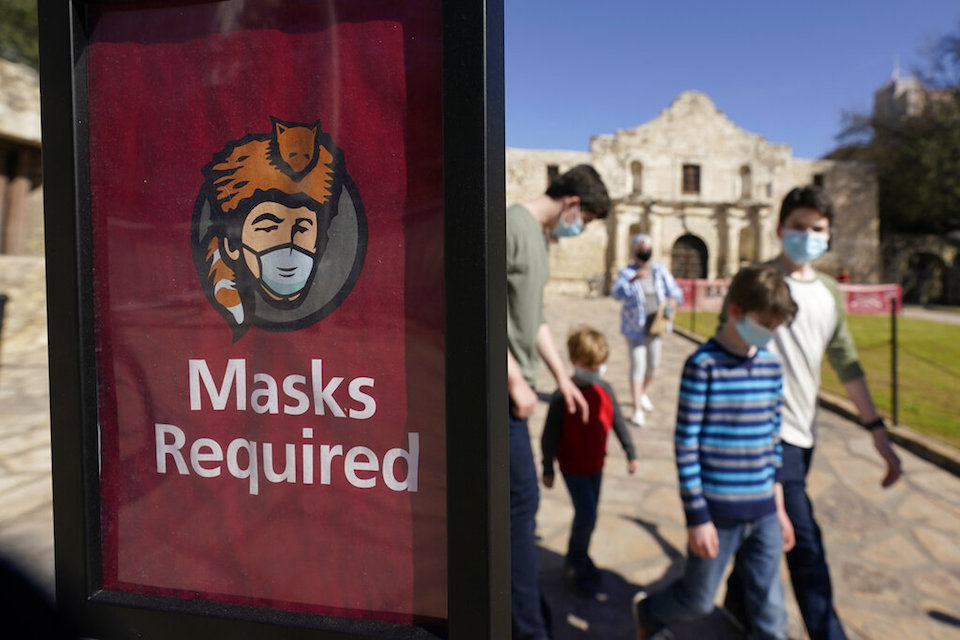 NEW YORK — A new national study adds strong evidence that mask mandates can slow the spread of the coronavirus, and that allowing dining at restaurants can increase cases and deaths.

The Centers for Disease Control and Prevention released the study Friday. It looked at counties placed under state-issued mask mandates and at counties that allowed restaurant dining — both indoors and at tables outside. The agency’s director says it shows decreases in cases and deaths when people wear masks. And it found increases in cases and deaths when in-person restaurant dining is allowed. The study was released just as some states are rescinding mask mandates and restaurant limits.

The scientists found that mask mandates were associated with reduced coronavirus transmission, and that improvements in new cases and deaths increased as time went on.

The reductions in growth rates varied from half a percentage point to nearly 2 percentage points. That may sound small, but the large number of people involved means the impact grows with time, experts said.

Gery Guy Jr., a CDC scientist who was the study’s lead author, says the delay could be because restaurants didn’t reopen immediately and because many customers may have been hesitant to dine in right away.