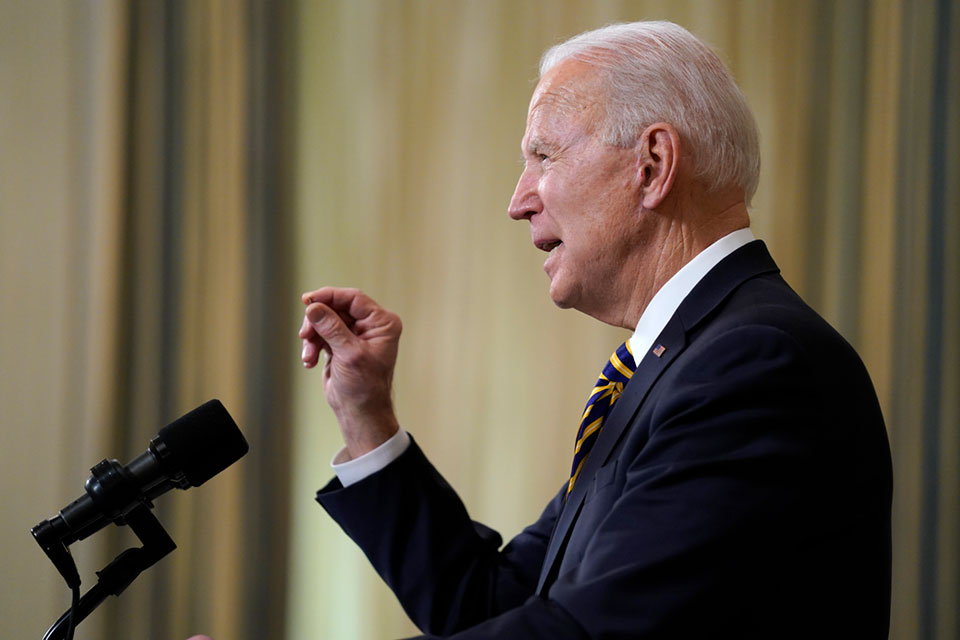 President Joe Biden on Wednesday formally revoked a series of presidential orders and memorandum signed by Donald Trump, including one that sought to cut funding from several cities the 45th president deemed “anarchist” havens and another mandating that federal buildings should be designed in a classical aesthetic.

Since taking office last month, Biden has revoked dozens of Trump orders and issued dozens more of his own as he’s sought to target foundational aspects of Trump's legacy and promote aspect of his own agenda without going through Congress.

The latest slate of revocations targeted a grab-bag of issues, including a few that Trump signed in his last months in office.

Trump issued a memorandum in September that sought to identify municipal governments that permit “anarchy, violence and destruction in American cities.” The memorandum followed riots during anti-police and anti-racism protests over George Floyd’s killing by Minneapolis police. The Justice Department identified New York City, Portland, Oregon, and Seattle as three cities that could have federal funding slashed.

Those cities in turn filed a lawsuit to invalidate the designation and fight off the Trump administration’s efforts to withhold federal dollars.

Seattle city attorney Pete Holmes welcomed the Biden revocation, saying he was “glad to have this nonsense cleared from the decks."

Trump in his “Promoting Beautiful Federal Civic Architecture” intoned that America’s forefathers “wanted public buildings to inspire the American people and encourage civic virtue." The memorandum added that architects should look to “America’s beloved landmark buildings” such as the White House, the U.S. Capitol, the Supreme Court, the Department of the Treasury, and the Lincoln Memorial for inspiration.

Another order halted was one Trump issued in the final days of his presidency dubbed the “Ensuring Democratic Accountability in Agency Rulemaking." It called for limiting the ability of federal agency employees in making regulatory decisions.

Biden also revoked a 2018 order that called for agency heads across the government to review welfare programs — such as food stamps, Medicaid and housing aid — and strengthening work requirements for certain recipients.