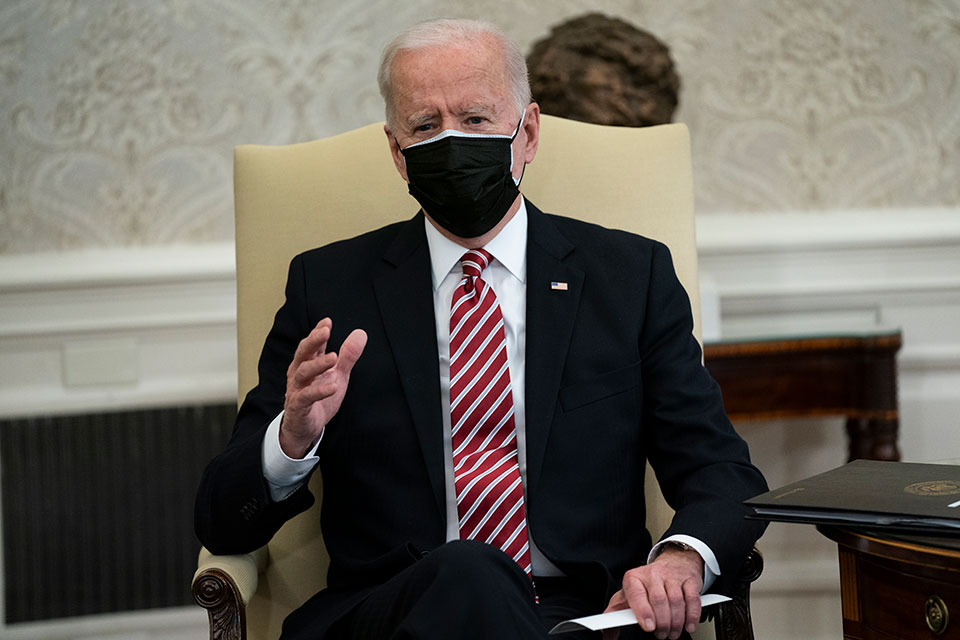 WASHINGTON (AP) — President Joe Biden's White House is giving its support to studying reparations for Black Americans, boosting Democratic lawmakers who are renewing efforts to create a commission on the issue amid the stark racial disparities highlighted by the COVID-19 pandemic.

A House panel heard testimony Wednesday on legislation that would create a commission to examine the history of slavery in the U.S. as well as the discriminatory government policies that affected former slaves and their descendants. The commission would recommend ways to educate the American public of its findings and suggest appropriate remedies, including financial payments from the government to compensate descendants of slaves for years of unpaid labor by their ancestors.

Biden backs the idea of studying the issue, White House press secretary Jen Psaki said Wednesday, though she stopped short of saying he would sign the bill if it clears Congress.

“He certainly would support a study of reparations,” Psaki said at the White House briefing.

“He understands we don’t need a study to take action right now on systemic racism, so he wants to take actions within his own government in the meantime.”

Biden captured the Democratic presidential nomination and ultimately the White House with the strong support of Black voters. As he campaigned against the backdrop of the biggest reckoning on racism in a generation in the wake of George Floyd's killing, Biden backed the idea of studying reparations for the descendants of slaves. But now, as he tries to win congressional support for other agenda items including a massive coronavirus relief package, he faces a choice of how aggressively to push the idea. 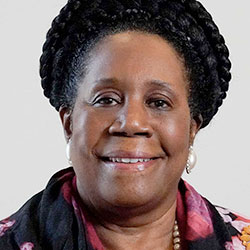 Rep. Sheila Jackson Lee, D-TexasEven with Democrats controlling both chambers of Congress and the White House, passing a reparations bill could prove difficult. The proposal has languished in Congress for more than three decades, winning fresh attention in 2019 only after Democrats won control of the House.

Rep. Sheila Jackson Lee, D-Texas, who has 173 co-sponsors for her bill, said the descendants of slaves continue to suffer from the legacy of that brutal system and the enduring racial inequality it spawned, pointing to COVID-19 as an example. Data from the Centers for Disease Control and Prevention indicate that Black people are nearly three times as likely to be hospitalized because of COVID-19 as white people and nearly twice as likely to die from the illness. She offered up her bill as a way to bring the country together.

“And that is what we need, a reckoning, a healing reparative justice.”

But polling has found long-standing resistance in the U.S. to reparations to descendants of slaves, divided along racial lines. Only 29% of Americans voiced support for paying cash reparations, according to an Associated Press-NORC Center for Public Affairs Research poll taken in the fall of 2019. Most Black Americans favored reparations, 74%, compared with 15% of white Americans.

Rep. Burgess Owens, a first-term Republican from Utah, argued against a reparations commission. He noted that his great-great-grandfather arrived in America in the belly of a slave ship but went on to escape slavery through the Underground Railroad and become a successful entrepreneur. He criticized the “redistribution of wealth” as a failed government policy.

“Though it is impractical and a nonstarter for the United States government to pay reparations, it is also unfair and heartless to give Black Americans the hope that this is a reality,” Owens said.

Jackson Lee's bill calls for the commission to examine the practice of slavery as well as forms of discrimination that federal and state governments inflicted on former slaves and their descendants. The commission would then recommend ways to educate the American public of its findings and appropriate remedies.

Kamm Howard, the co-chair of the National Coalition of Blacks for Reparations in America, called the commission long overdue and said that “many years have been wasted, many lives lost," since the legislation was first introduced by Rep. John Conyers, D-Mich., in 1989.

“The goal here is restoration. Where would we as a people be if it were not for 246 years of stolen labor and accompanying horrors, if not for the multiple periods of multibillion-dollar plunder post-enslavement?" Howard said.

“We must be made whole."

Larry Elder, a Black conservative talk radio host, said that African Americans have made tremendous progress economically and socially, noting that Barack Obama was elected twice to the presidency. He claimed that racism has never been less of a significant problem in America than it is now and that reparations would represent one of the greatest transfers of wealth in history.

“Figuring out who owes what is going to be a hell of an achievement," Elder said.

“I feel it continues to let us know we're still African American rather than just American," Walker said.