Historic Black Colleges to Get $650,000 to Preserve Campuses 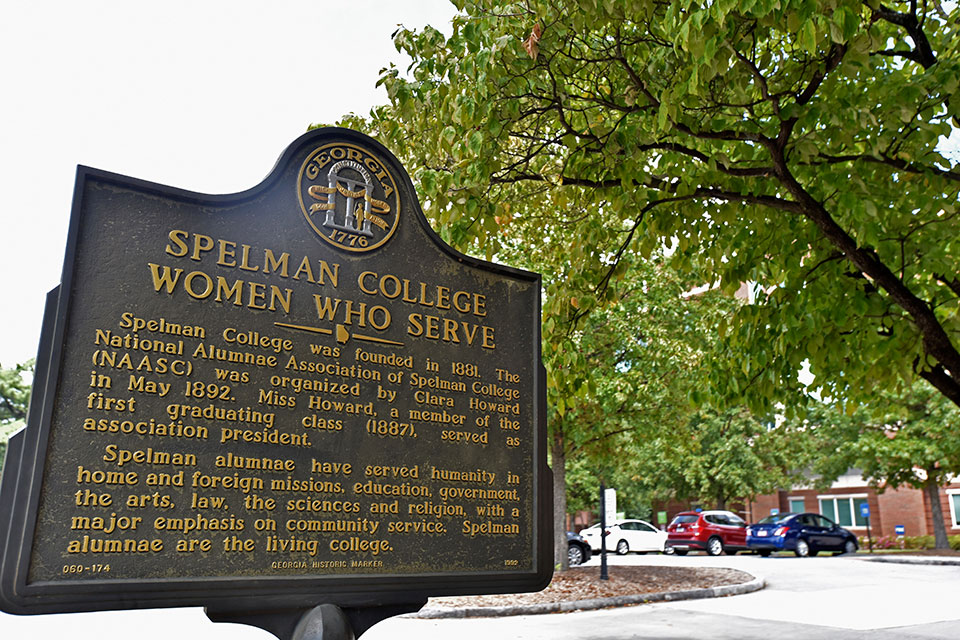 CHICAGO (AP) — Several historically Black colleges and universities will receive more than $650,000 in grants to preserve their campuses as part of a new initiative announced Tuesday.

The funding for the HBCUs comes as leaders of the colleges and universities continue to advocate for additional funding nearly a year into the COVID-19 pandemic, which has threatened the survival of many already chronically underfunded schools. Details about the initiative were shared with The Associated Press ahead of the announcement. 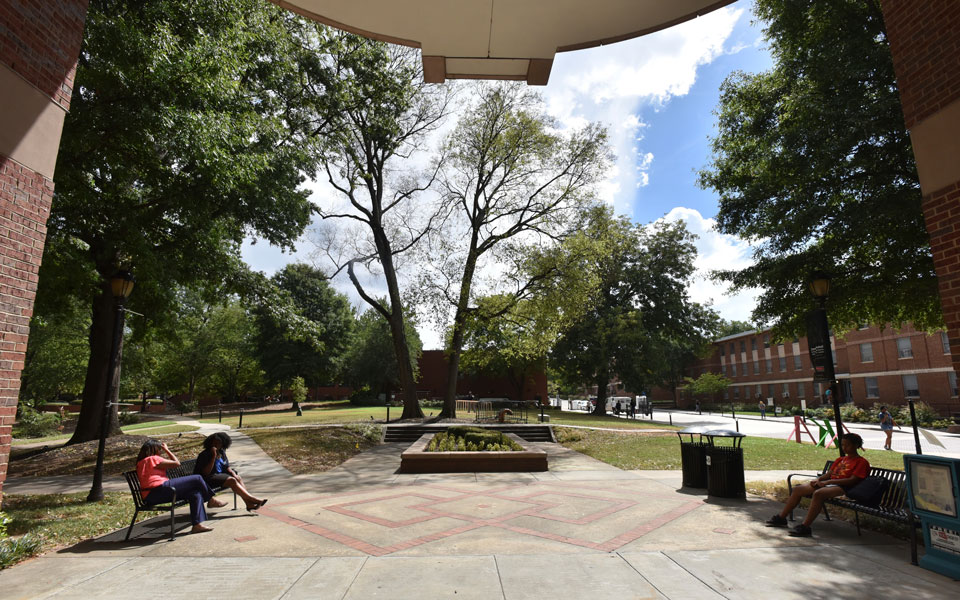 Students sit on the campus of Spelman College on Sept. 26, 2018, in Atlanta. Several historically Black colleges and universities, including Spelman College, will receive more than $650,000 in grants to preserve their campuses as part of a new initiative announced Tuesday, Feb. 16, 2021. (Hyosub Shin/Atlanta Journal-Constitution via AP)HBCUs have long been underfunded as a result of decades of structural racism and lack of equitable public funding, said Brent Leggs, executive director of the National Trust’s African American Cultural Heritage Action Fund, which is supplying the grants.

“They stand as a living testament to African American history and the ongoing achievements of highly influential Americans,” he said.

“But they continue to be overlooked and underfunded.”

This May 31, 2017, file photo shows the west entrance of Jackson State University in Jackson, Miss. Several historically Black colleges and universities, including Jackson State University, will receive more than $650,000 in grants to preserve their campuses as part of a new initiative announced Tuesday, Feb. 16, 2021. (AP Photo/Rogelio V. Solis, File)“The starting point is to equip HBCUs with the resources, knowledge and information they need to invest in their historic assets,” Leggs said. 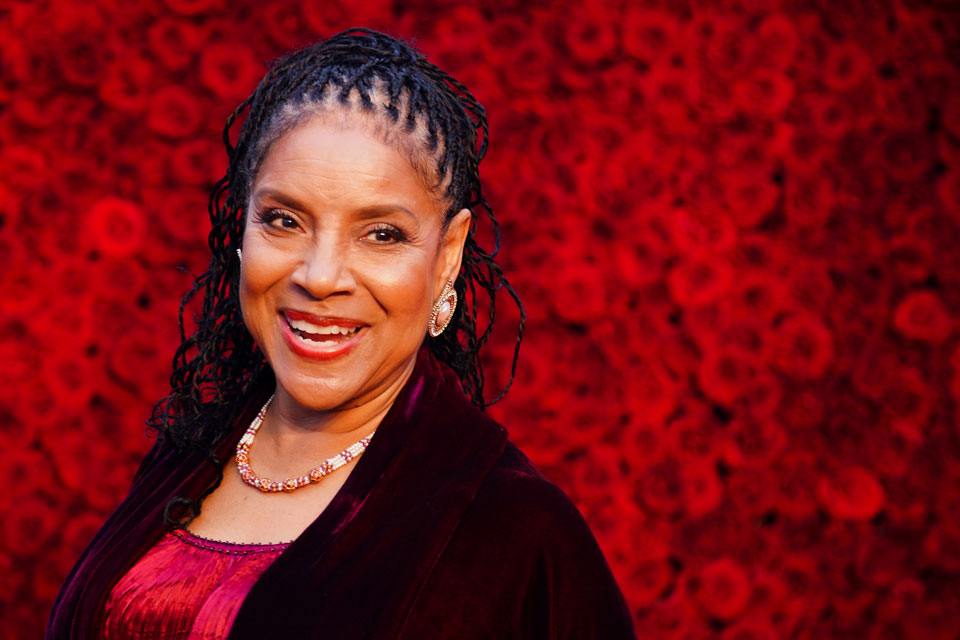 In this Oct. 5, 2019, file photo, Phylicia Rashad poses for a photo on the red carpet at the grand opening of Tyler Perry Studios in Atlanta. Several historically Black colleges and universities will receive more than $650,000 in grants to preserve their campuses as part of a new initiative announced Tuesday, Feb. 16, 2021. The initiative is a “brilliant step forward” in addressing the history of systemic inequity HBCUs face, said Rashad, co-chair of the initiative and the iconic actress, singer and stage director known for her role as Clair Huxtable on “The Cosby Show.” (Photo by Elijah Nouvelage/Invision/AP, File)The selected HBCUs will develop preservation plans for either a campuswide project or individual buildings, many of which were designed and built by Black architects. One student from each of the schools will help carry out the preservation plans to “cultivate the next generation of Black professionals in historic preservation,” Leggs said.

The $650,000 in funding is part of a larger initiative by the National Trust, which launched the action fund in 2017 as a $25 million campaign to preserve Black culture and celebrate the historic achievements of the Black community.

The initiative is a “brilliant step forward” in addressing the history of systemic inequity HBCUs face, said Phylicia Rashad, co-chair of the initiative and the iconic actress, singer and stage director known for her role as Clair Huxtable on “The Cosby Show.” Rashad's parents and many of her aunts and uncles were educated at HBCUs, and Rashad graduated from Howard University, one of the country’s oldest HBCUs.

“I was in a space that was much more than brick and mortar," she said.

"I was in a space that was the embodiment of history, of legacy, of excellence.

"You can feel the presence of that which has come before you. And that becomes part of you even after you leave.”

By helping preserve these spaces, Rashad feels she's carrying on the work of her ancestors, including her mother, who worked to restore a building at Brainerd Institute, which was once a historically Black school in Chester, South Carolina.

“This is American history," she said. "And it should be recognized and honored as such.” 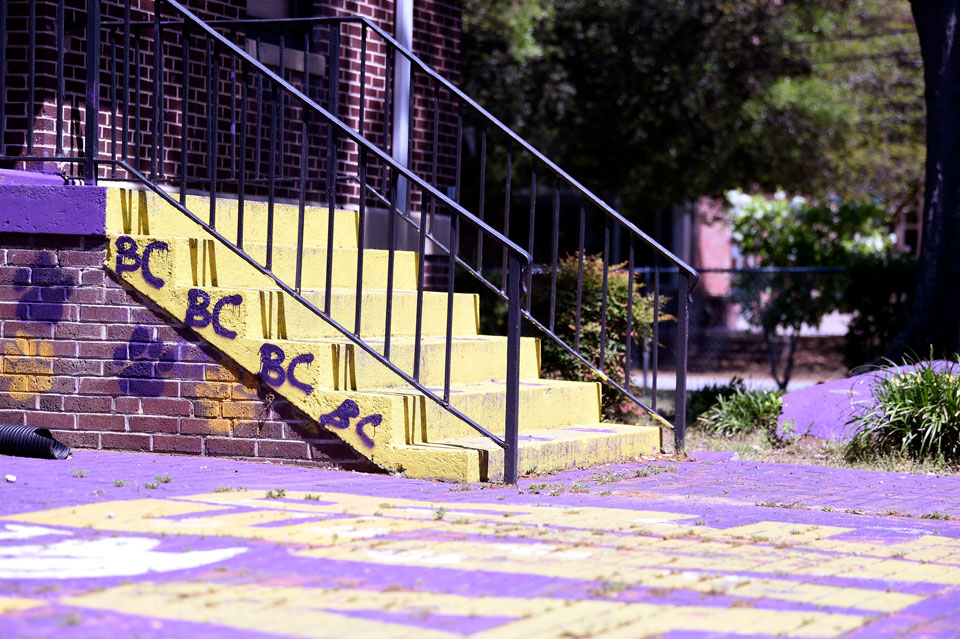 This April 3, 2020, file photo, shows a courtyard typically teaming with Benedict College students in Columbia, S.C. Several historically Black colleges and universities, including Benedict College, will receive more than $650,000 in grants to preserve their campuses as part of a new initiative announced Tuesday, Feb. 16, 2021. (AP Photo/Meg Kinnard, File)At Benedict College, the funding will be used to restore Duckett Hall, which was built in 1925 and is the third-oldest building of the school’s historic district.

“The years have been hard on Duckett Hall,” said Dr. Roslyn Clark Artis, president and CEO of Benedict College. Water leaking in from windows has caused a “host of structural problems.”

“Often on our campuses, we fix what’s broken in that moment,” Artis said. “If a window breaks, we fix the window. If a pipe breaks, we fix the pipe. This grant will help us start with the leaky windows but also fully assess the building and create a strategic plan for preservation long term.”

Many HBCUs were already struggling financially before COVID-19 hit. Leaders of the schools have advocated for additional federal funding in the wake of the pandemic.

Artis said drops in enrollment and the number of students living on campus have led to significant financial loss for Benedict College, making this funding even more timely. But financial struggles are far from new.

“We spend our money on students and learning,” she said. “We’re often unable to replace windows and address these physical challenges as easily as predominantly white institutions. These buildings are symbolic of our history and how far we’ve come.

"If they fall into disrepair, it sends the message that they don’t matter, that our history doesn’t matter.”

The National Trust initiative follows increased attention on HBCUs, fueled in part by Kamala Harris recently making history as the first woman, first Black and South Asian person, and first HBCU graduate to become vice president of the United States. And during President Joe Biden’s campaign, he pledged to address the historic underfunding of HBCUs, especially regarding federal research dollars. In his higher education plan, Biden included $20 billion to help HBCUs and other institutions serving minority students to bolster research efforts and another $10 billion to create centers of excellence at colleges centered around educating students of color.

“Having Vice President Kamala Harris representing the excellence and legacy of an HBCU is increasing the recognition of these historic academic institutions,” Leggs said. “That is beautiful. That gives me hope for better support for these institutions.”