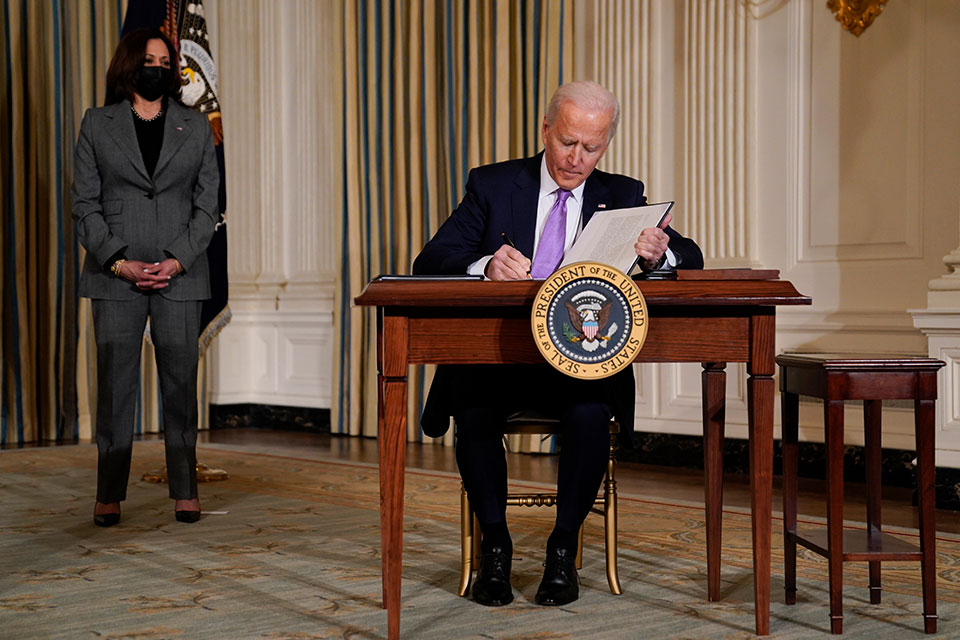 President Joe Biden on Tuesday ordered the Department of Justice to end its reliance on private prisons and acknowledge the central role government has played in implementing discriminatory housing policies.

In remarks before signing the order, Biden said the U.S. government needs to change “its whole approach” on the issue of racial equity. He added that the nation is less prosperous and secure because of the scourge of systemic racism.

“We must change now,” the president said. “I know it’s going to take time, but I know we can do it.

"And I firmly believe the nation is ready to change. But government has to change as well."

Biden rose to the presidency during a year of intense reckoning on institutional racism in the U.S. The moves announced on Tuesday reflect his efforts to follow through with campaign pledges to combat racial injustice.

Beyond calling on the Justice Department to curb the use of private prisons and address housing discrimination, the new orders will recommit the federal government to respect tribal sovereignty and disavow discrimination against the Asian American and Pacific Islander community over the coronavirus pandemic.

Biden directed the Department of Housing and Urban Development in a memorandum to take steps to promote equitable housing policy. The memorandum calls for HUD to examine the effects of Trump regulatory actions that may have undermined fair housing policies and laws.

Months before the November election, the Trump administration rolled back an Obama-era rule that required communities that wanted to receive HUD funding to document and report patterns of racial bias.

The order to end the reliance on privately-run prisons directs the attorney general not to renew Justice Department contracts with privately operated criminal detention facilities. The move will effectively revert the Justice Department to the same posture it held at the end of the Obama administration.

“This is a first step to stop corporations from profiting off of incarceration,” Biden said.

The federal Bureau of Prisons had already opted not to renew some private prison contracts in recent months as the number of inmates dwindled and thousands were released to home confinement because of the coronavirus pandemic. 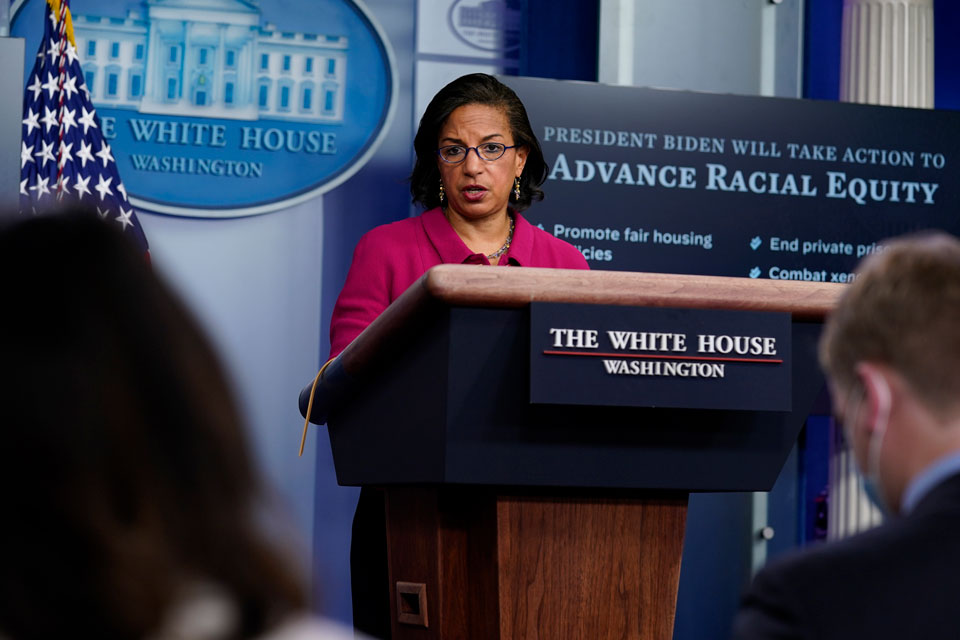 “Given the steps the BOP had already announced, today’s Executive Order merely represents a political statement, which could carry serious negative unintended consequences, including the loss of hundreds of jobs and negative economic impact for the communities where our facilities are located, which are already struggling economically due to the COVID pandemic," a GEO Group spokesperson said in a statement.

“The order signed today is an important first step toward acknowledging the harm that has been caused and taking actions to repair it, but President Biden has an obligation to do more, especially given his history and promises,” Fathi said.

The memorandum highlighting xenophobia against Asian Americans is in large part a reaction to what White House officials say was offensive and dangerous rhetoric from the Trump administration. Trump, throughout the pandemic, repeatedly used xenophobic language in public comments when referring to the coronavirus.

This memorandum will direct Health and Human Services officials to consider issuing guidance describing best practices to advance cultural competency and sensitivity toward Asian Americans and Pacific Islanders in the federal government’s COVID-19 response. It also directs the Department of Justice to partner with AAPI communities to prevent hate crimes and harassment.

Biden last week also directed law enforcement and intelligence officials in his administration to study the threat of domestic violent extremism in the United States, an undertaking launched weeks after a mob of insurgents loyal to Trump, including some connected to white supremacist groups, stormed the U.S. Capitol.

White House domestic policy adviser Susan Rice said Biden sees addressing equity issues as also good for the nation's bottom line. She cited a Citigroup study from last year that U.S. gross domestic product lost $16 trillion over the last 20 years as a result of discriminatory practices in a range of areas, including in education and access to business loans. The same study finds the U.S. economy would be boosted by $5 trillion over the next five years if it addressed issues of discrimination in areas such as education and access to business loans.

“Building a more equitable economy is essential if Americans are going to compete and thrive in the 21st century," Rice added.

Throughout his campaign and transition, Biden promised that his administration would keep issues of equity — as well as climate change, another issue he views as an existential crisis — in the shaping of all policy considerations.

Biden, who followed through on early promise to pick a woman to serve as vice president, has also sought to spotlight the diversity of his Cabinet selections.