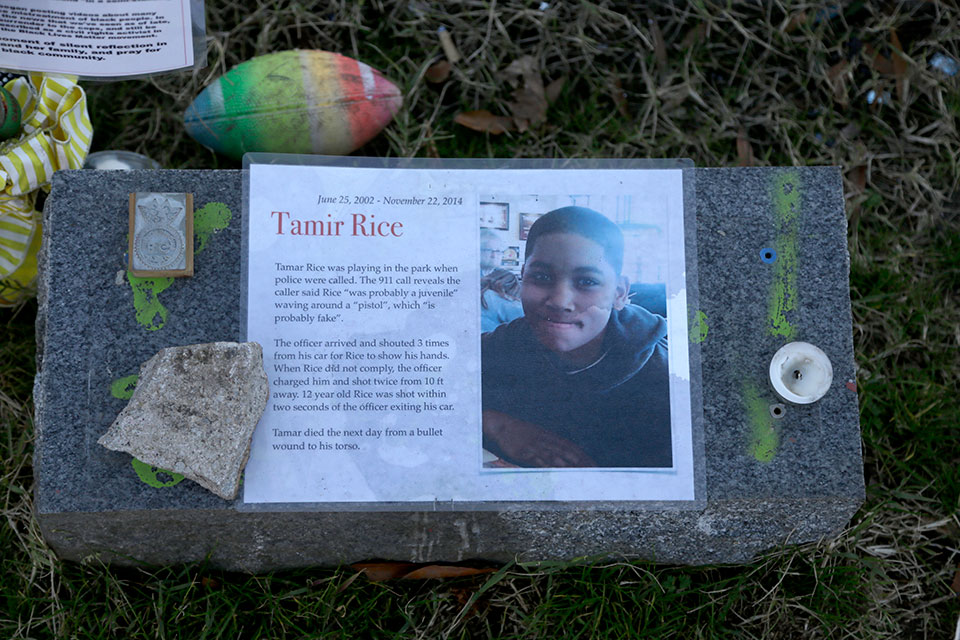 WASHINGTON (AP) — The Justice Department announced Tuesday that it would not bring federal criminal charges against two Cleveland police officers in the 2014 killing of 12-year-old Tamir Rice, saying video of the shooting was of too poor a quality for prosecutors to conclusively establish what had happened.

In closing the case, the department brought to an end a long-running investigation into a high-profile shooting that helped galvanize the Black Lives Matter movement and that became part of the national dialogue about police use of force against minorities, including children. The decision, revealed in a lengthy statement, does not condone the officers' actions but rather says the cumulative evidence was not enough to support a federal criminal civil rights prosecution. 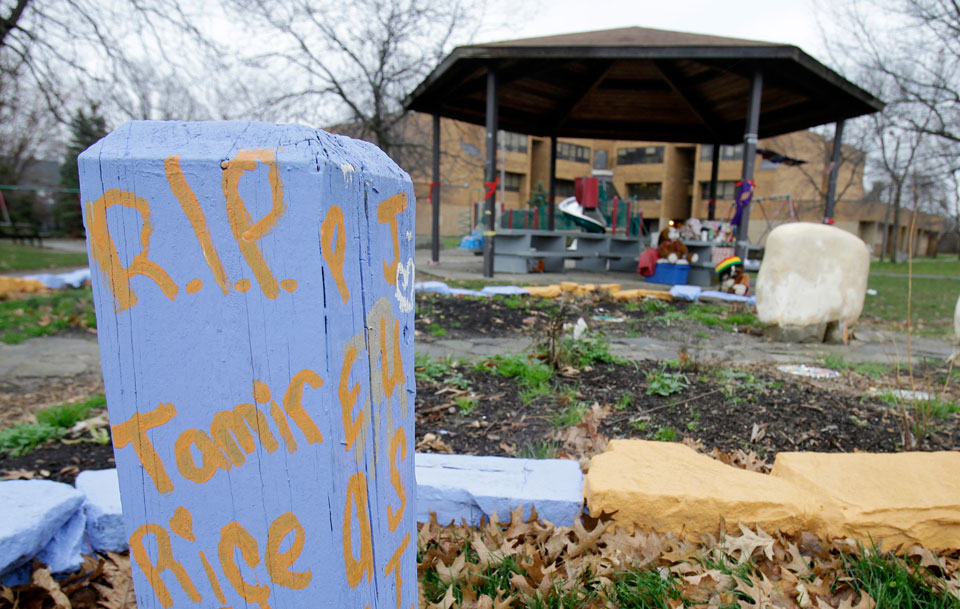 In this Dec. 29, 2015, file photo, "R.I.P. Tamir Rice" is written on a wooden post near a makeshift memorial at the gazebo where the boy was fatally shot, outside the Cudell Recreation Center in Cleveland. (AP Photo/Tony Dejak, File)Tamir was playing with a pellet gun outside a recreation center in Cleveland on Nov. 22, 2014, when he was shot and killed by Officer Timothy Loehmann, who is white, seconds after Loehmann and his partner, Officer Frank Garmback, arrived at the scene. The officers were called to the recreation center after a man drinking beer and waiting for a bus had called 911 to report that a “guy” was pointing a gun at people. The caller told a 911 dispatcher that it was probably a juvenile and the gun might be “fake,” though that information was never relayed to the officers.

To bring federal civil rights charges in cases like these, the Justice Department must prove that an officer’s actions willfully broke the law rather than being the result of a mistake, negligence or bad judgment. It has been a consistently tough burden for federal prosecutors to meet across both Democratic and Republican administrations, with the Justice Department declining criminal charges against police officers in other high-profile cases in recent years, including in the deaths of Eric Garner in New York City and Michael Brown in Ferguson, Missouri.

In a statement, Subodh Chandra, an attorney for the boy’s family, said the Justice Department’s “process was tainted” and the family has demanded prosecutors provide additional information about recommendations made during the probe.

“It’s beyond comprehension that the Department couldn’t recognize that an officer who claims he shouted commands when the patrol car’s window was closed and it was a winter day is lying,” Chandra said.

“The Rice family has been cheated of a fair process yet again.”

In this case, the Justice Department said poor-quality surveillance video recorded in the area where the shooting took place prevented prosecutors from being able to conclusively determine whether Rice was or was not reaching for his toy gun just prior to being shot. The two officers who were investigated told authorities soon after the shooting that Rice was reaching for his toy weapon prior to being shot and was given multiple commands to show his hands. 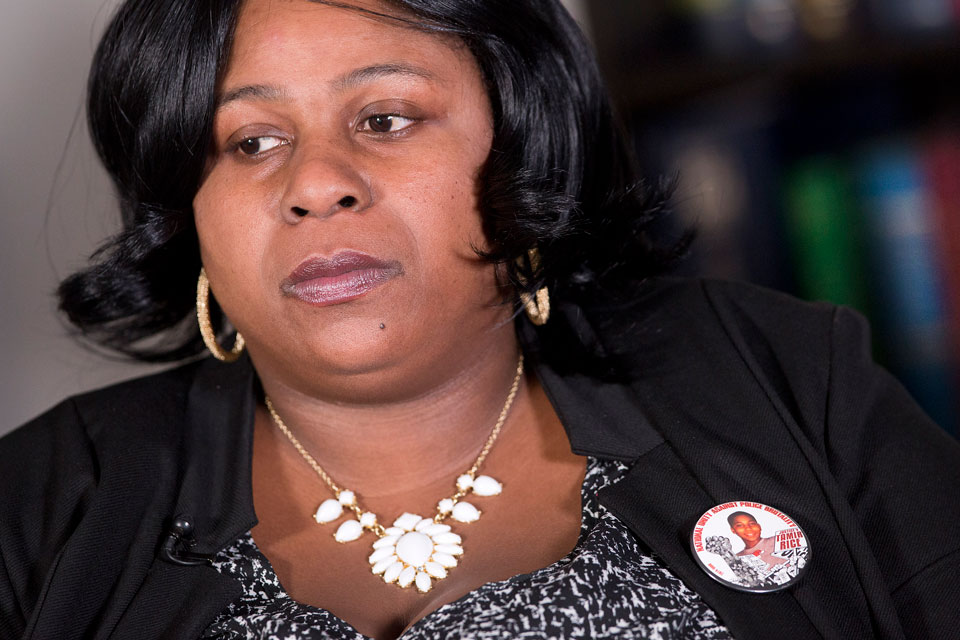 In this Dec. 15, 2014, file photo Samaria Rice, of Cleveland, Ohio, wears a button with her son's photograph during an interview at The Associated Press in New York. (AP Photo/Mark Lennihan, File)But the video reviewed by federal prosecutors makes the sequence of events less clear. The grainy time-lapse video, which has no audio, “does not show detail or perspective” and the camera’s view is obstructed by a police patrol car, prosecutors said. In addition, they said, though the positioning of the boy’s arms suggests they were in the vicinity of his waist, “his hands are not visible in the video and it cannot be determined from the video what he was doing.”

The Justice Department says seven use-of-force experts — three retained by the family, four by local authorities — reviewed the recording, but the poor quality of the video on which they relied and their “conflicting opinions added little to the case.” The experts used by the family said the shooting was unreasonable while the four others said that it was reasonable.

The New York Times reported in October that the department had effectively shut down the investigation, but Tuesday’s announcement makes it official.

Inconsistent witness statements also complicated any prosecution, and neither person said they saw exactly what Rice was doing just before the shooting, according to the Justice Department.

In a statement at the scene to three other law enforcement officers, Loehmann “repeatedly and consistently stated” that Tamir was reaching for a gun before he shot him, prosecutors said.

A state grand jury had declined to indict Loehmann, though he was later fired after it was discovered he was previously deemed “unfit for duty.”

The Justice Department also investigated whether the officers obstructed justice in statements they made to other investigators soon after the shooting. Prosecutors concluded that though the statements included some different language, they were generally consistent. And since there was not enough evidence to prove the statements were untrue, there was also not enough evidence to prove that the officers sought to misled investigators or to obstruct a probe into their actions.