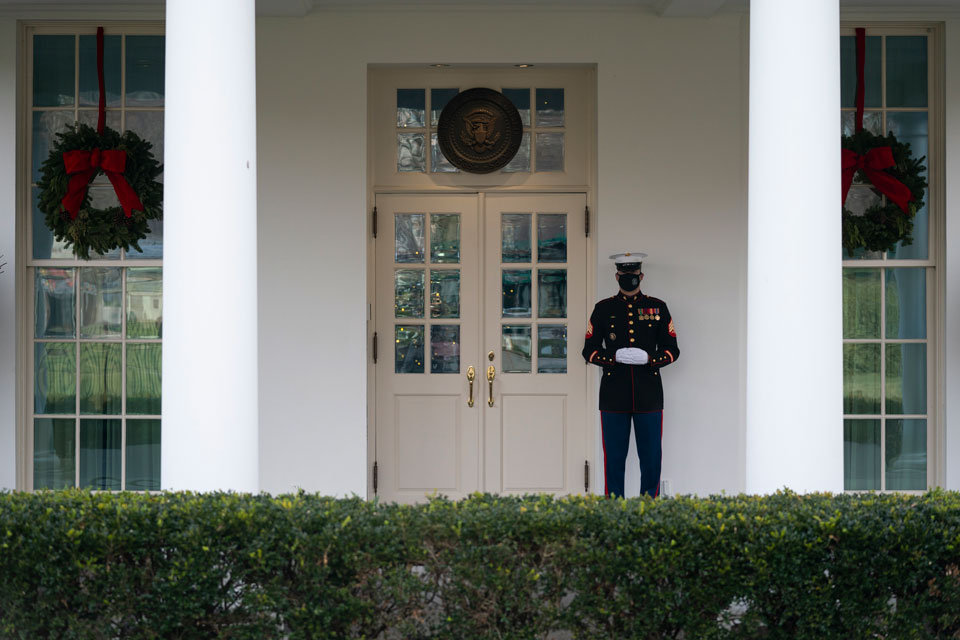 WASHINGTON (AP) — President Donald Trump’s sudden demand for $2,000 checks for most Americans was swiftly rejected by House Republicans on Thursday as his haphazard actions throw a massive COVID relief and government funding bill into chaos.

The rare Christmas Eve session of the House lasted just minutes, with help for millions of Americans awaiting Trump's signature on the bill. Unemployment benefits, eviction protections and other emergency aid, including smaller $600 checks, are at risk. Trump’s refusal of the $900 billion package, which is linked to $1.4 trillion government funds bill, could spark a federal shutdown at midnight Monday.

The optics appear terrible for Republicans, and the outgoing president, as the nation suffers through the worst holiday season many can remember. Families are isolated under COVID precautions and millions of American households are devastated without adequate income, food or shelter. The virus death toll of 327,000-plus is rising.

Trump is ending his presidency much the way he started it — sowing confusion and reversing promises all while contesting the election and courting a federal shutdown over demands his own party in Congress will not meet.

The congressional Republican leaders have been left almost speechless by Trump’s year-end scorching of their work. 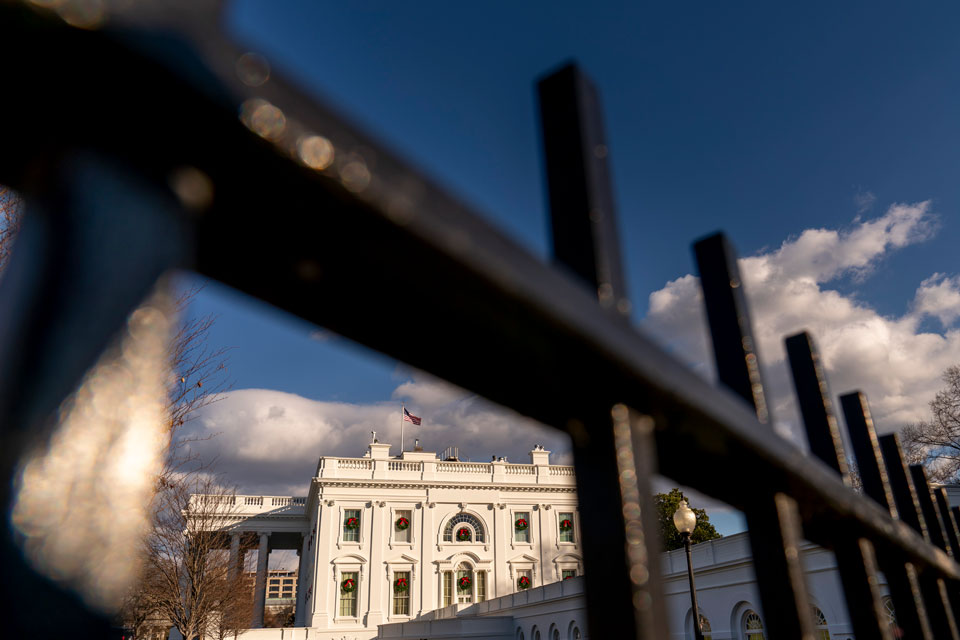 Treasury Secretary Steven Mnuchin boasted that the $600 checks all sides had agreed to for Americans would be in the mail in a week.

Instead, Washington is now hurtling toward a crisis with COVID aid about to collapse, as the president is at his Mar-a-Lago club. He has been lashing out at GOP leaders for refusing to join his efforts to overturn the election that Joe Biden won when the Electoral College votes are tallied in Congress on Jan. 6.

"The best way out of this is for the president to sign the bill,” Republican Sen. Roy Blunt of Missouri said Thursday.

“And I still hope that’s what he decides.”

Racing to salvage the year-end legislation, House Speaker Nancy Pelosi and Mnuchin are in talks on options.

House to vote, on record, Monday

Democrats will recall House lawmakers to Washington for a vote Monday on Trump’s proposal, with a roll call that would put all members on record as supporting or rejecting the $2,000 checks. They are also considering a Monday vote on a stop-gap measure to at least avert a federal shutdown. It would keep the government running until Biden is inaugurated Jan. 20. Lawmakers will also be asked to override Trump's veto of a must-pass Defense bill.

After presiding over the short House session, an exasperated Rep. Debbie Dingell, D-Mich., decried the possibility that the COVID assistance may collapse.

“It is Christmas Eve, but it is not a silent night. All is not calm. For too many, nothing is bright," she said on Capitol Hill.

A town hall she hosted the night before "had people crying, people terrified of what is going to happen,” she said. One father recently told her he had to tell his children there would be no Santa Claus this year.

The president’s push to increase direct payments for most Americans from $600 to $2,000 for individuals and $4,000 for couples drives support from Democrats but splits the GOP with a politically difficult test of their loyalty to the president.

On a conference call Wednesday House Republican lawmakers complained that Trump threw them under the bus, according to one Republican on the private call and granted anonymity to discuss it. Most had voted for the package and they urged GOP leaders to hit the cable news shows to explain its benefits, the person said.

Yet the president has found common ground with Democrats, particularly leading liberals who support the $2,000 payments as the best way to help struggling Americans. Democrats only settled for the lower number to compromise with Republicans.

Even if the House is able to approve Trump's $2,000 checks on Monday, that measure would likely die in the GOP-controlled Senate, which is due back in session on Tuesday.

The president's unpredictable demands are creating more Trump-related headaches for Georgia GOP Sens. Kelly Loeffler and David Perdue, who are fighting for their political lives — and for continued GOP control of the Senate — in a pair of Jan. 5 Georgia run-off elections. They are being forced to choose whether to back or buck Trump, potentially angering voters on all sides.

The clash Thursday unfolded as the Democratic-controlled House convened for a routine pro forma session, which had been scheduled before Trump’s sudden moves, when lawmakers anticipated no business being conducted.

Instead, the 12-minute House session morphed into a procedural brawl as Hoyer, the No. 2 House Democrat, sought the unanimous approval of all House members to pass the bill with Trump’s proposal. GOP leader Kevin McCarthy, who was not present in the nearly-empty chamber, refused.

House Republicans then tried, and failed, to win unanimous approval of their own proposal to revisit routine foreign aid funding, which Trump had cited as one of his key objections to the overall spending package.

The year-end package Trump railed against as a “disgrace” is the product of months of work. It would establish a temporary $300 per week supplemental jobless benefit, along with a new round of subsidies for hard-hit businesses, restaurants and theaters and money for schools. Money is included for health care providers and to help with COVID vaccine distribution. Trump took aim at foreign aid funds in the package he has agreed to in the past and asked for in his yearly budget.

The final text of the more than 5,000-page bill required days to be compiled but Pelosi announced Thursday that it was completed and being sent to the White House for Trump’s signature.

The year-end timing complicates the schedule ahead. Even if Trump doesn't formally veto the package, he could allow it to expire with a “pocket veto” at the end of the congressional session.

The Senate cleared the huge relief package Monday by a 92-6 vote after the House approved it by 359-53. Those votes totals would be enough to override a veto should Trump decide to take that step.