Biden Reaches Out To Governors as Trump Stymies Transition 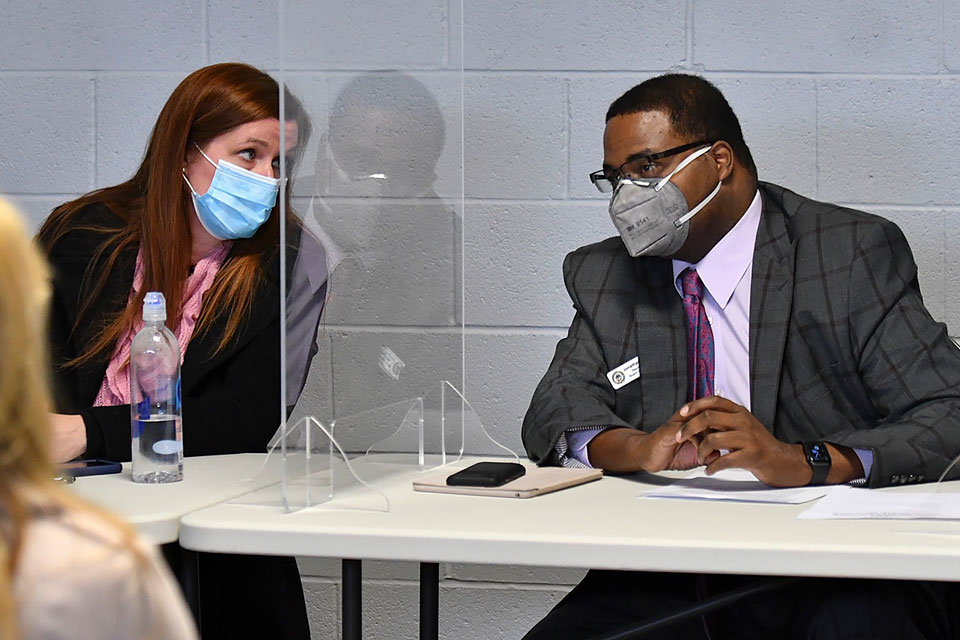 WILMINGTON, Del. (AP) — Joe Biden's meeting Thursday with a group of Democratic and Republican governors is his latest attempt to fight through President Donald Trump's unprecedented attempt to block the president-elect's transition to power.

Biden and Vice President-elect Kamala Harris planned a virtual session in the afternoon with the National Governors Association's leadership team, which includes five Republicans and four Democrats. All the Democrats and a majority of the Republicans involved have acknowledged Biden as the winner of the White House election. 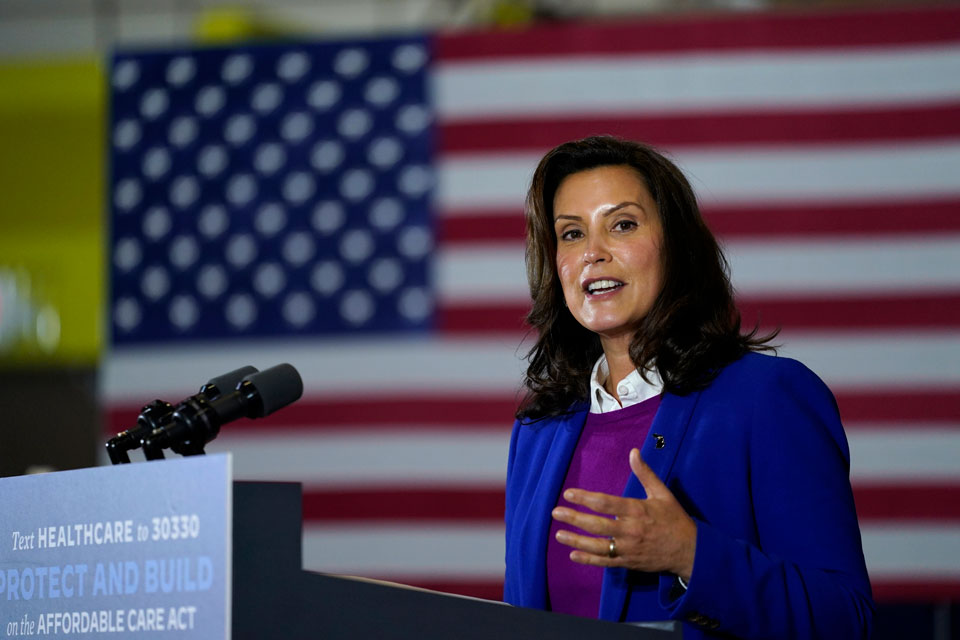 This Oct. 16, 2020, file photo shows Michigan Gov. Gretchen Whitmer speaking during an event with Democratic presidential candidate former Vice President Joe Biden at Beech Woods Recreation Center, in Southfield, Mich. Whitmer's administration on Sunday, Nov. 15, 2020, ordered high schools and colleges to stop in-person classes, closed restaurants to indoor dining and suspended organized sports — including the football playoffs — in a bid to curb the state's spiking coronavirus cases. The restrictions will begin Wednesday and last three weeks. (AP Photo/Carolyn Kaster, File)The highest-ranking Republican on the NGA's executive committee, Asa Hutchinson of Arkansas, said over the weekend that Biden would be the next president and he called on the Trump administration to give Biden access to the intelligence briefings he needs in order to be fully prepared to lead the country on Jan. 20, Inauguration Day.

So far, the governors have not swayed the Republican president.

Before Biden's meeting, Trump came out with a new round of false claims of voter fraud in key states, even as courts continue to reject his challenges, and a small, but growing number of Republican officeholders publicly begin to accept Biden's victory.

Beyond being a pillar of democracy, the peaceful transfer of power after an election is especially critical this year given the extraordinary governing challenges Biden will inherit in just nine weeks. The United States is struggling through the worst public health crisis in a century, state and local government are facing massive budget shortfalls, and millions of Americans remain out of work.

But more than two weeks after the Nov. 3 election, the Trump administration is refusing to let Biden receive detailed briefings on national security and pandemic planning that leaders in both parties say are vital to ensure Biden can govern effectively on Day One.

With Trump dug in and Republicans on Capitol Hill largely unwilling to challenge him, Biden has been forced to turn to diverse collection of outside allies to ratchet up the pressure on Trump to concede.

The CEOs of America's largest companies have released a statement recognizing Biden and Harris as the clear winners. The heads of the American Hospital Association, the American Medical Association and the American Nurses Association issued a joint statement on Tuesday urging the Trump administration to share “all critical information related to COVID-19” with Biden. Not doing so, they warned, would jeopardize American lives.

Trump is showing no signs of giving in.

He is getting nowhere in the courts, and his scattershot effort to overturn Biden’s victory is shifting toward obscure election boards that certify the vote. The battle is centered in the states that sealed Biden’s win. In Michigan, two Republican election officials in the state’s largest county initially refused to certify results despite no evidence of fraud.

The officials then backtracked and voted to certify before flipping again on Wednesday and saying they “remain opposed to certification.” Some Republicans have called on the GOP statewide canvassers to so the same as Trump applies pressure from his social media accounts.

Michigan Gov. Gretchen Whitmer, a Democrat, planned to participate in the meeting with Biden.