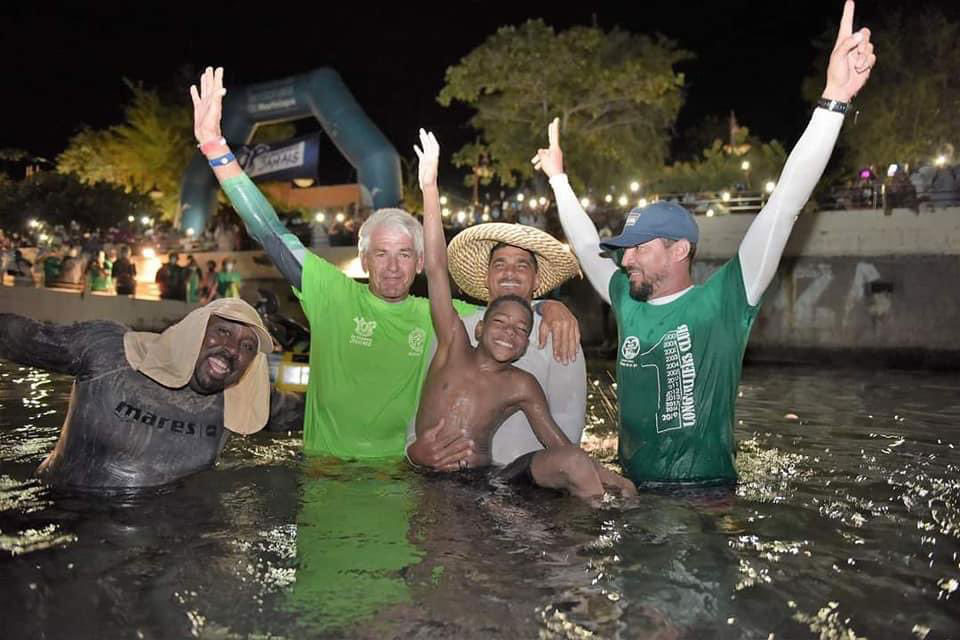 A 12-year-old made history, becoming the youngest person to swim from Saint Lucia to Martinique to raise awareness for breast cancer, Face 2 Face Africa reports.

Christophe Maleau is a 12-year-old swimming prodigy who just made history as the youngest swimmer to cross the water from Saint Lucia to Martinique, something only a few people have done before. The entire feat took Christophe 13 hours, 50 minutes and 47 seconds, beginning from the Bay of Saint Lucia at dawn on Saturday and arriving at Sainte Anne in Martinique around 6 pm to scores of cheering and excited crowds welcoming the native son back home.

The pre-teen was accompanied by his father, who followed him in a canoe alongside doctors, divers, and other family members who traveled in a separate boat. He decided to attempt the daring challenge to raise awareness for breast cancer during its national awareness month, something his mother is currently battling.

Maleau is now a member of a small elite group of swimmers who have successfully crossed the channel, including 71-year-old, two-time Masters World champion Jacques Sicot, who completed the trip at age 39 and again at 69, and French Olympic and European swimming champion Gilles Rondy.

“Christophe got it into his head that he wanted to help cancer patients, so he does it by swimming. It was he who ended up encouraging me. At the end, there was swell, bigger waves and of course, I was a little worried. But when he looked at me, I felt he was fine.

"He didn’t want to give up. It was out of the question,” his father said.

While it was not easy, this wasn’t Christophe’s first time accepting such a massive undertaking. In 2017, he completed a 6.4 km swim and successfully swam between the Diamant and Schoelcher towns in Martinique in just 10 hours in 2018. Christophe said he had moments during the swim when he wanted to quit, but he never gave in.

“I held on singing songs to myself, thinking about the encouragement I received on social media. I was hungry at times during the crossing; I sometimes wanted to stop because I was tired. But when this idea crossed my mind, I told myself that I had no right. I had to continue for the cause I was defending,” Christophe said.

This story was originally published on Because of Them We Can.