Packing the Court: Lincoln and His Republicans Remade the Supreme Court to Fit Their Agenda 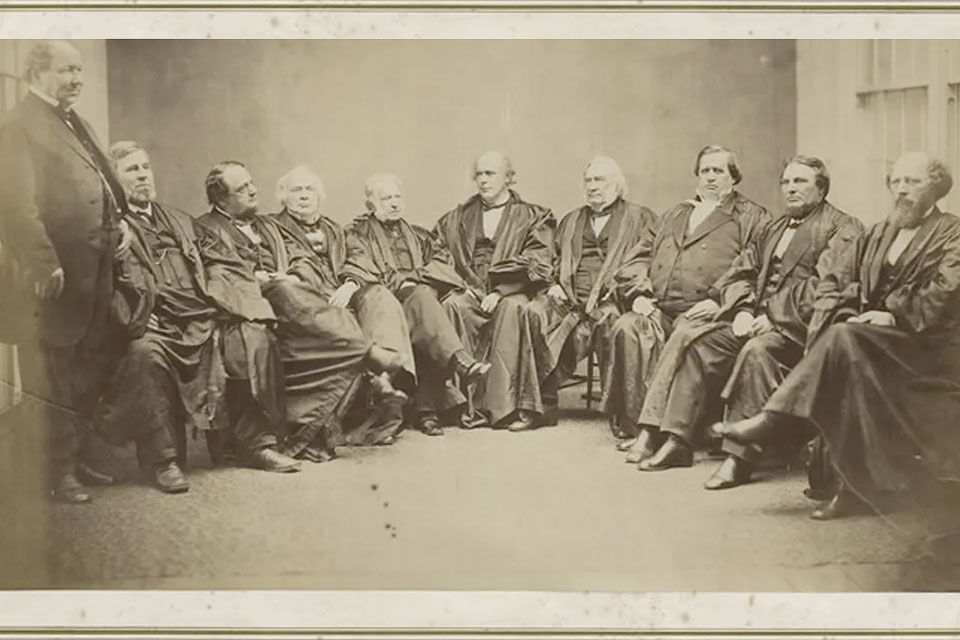 As a political battle over the Supreme Court’s direction rages in Washington with President Donald Trump’s nomination of Amy Coney Barrett, history shows that political contests over the ideological slant of the Court are nothing new.

In the 1860s, President Abraham Lincoln worked with fellow Republicans to shape the Court to carry out his party’s anti-slavery and pro-Union agenda. It was an age in which the court was unabashedly a “partisan creature,” in historian Rachel Shelden’s words.

Justice John Catron had advised Democrat James K. Polk’s 1844 presidential campaign, and Justice John McLean was a serial presidential contender in a black robe. And in the 1860s, Republican leaders would change the number of justices and the political balance of the Court to ensure their party’s dominance of its direction.

When Lincoln became president in 1861, seven Southern states had already seceded from the Union, yet half of the Supreme Court justices were Southerners, including Chief Justice Roger B. Taney of Maryland. One other Southern member had died in 1860, without replacement. All were Democratic appointees. 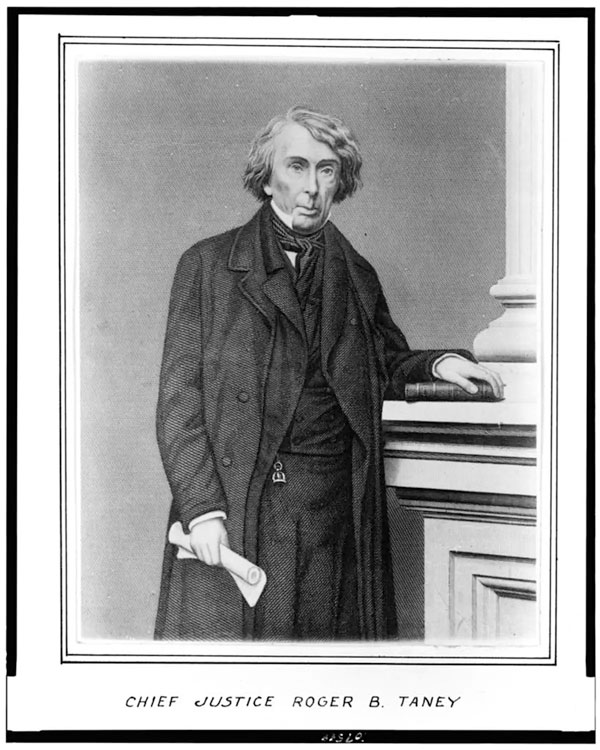 Chief Justice Roger Taney tried to limit Lincoln’s powers in the Civil War. (photo/Library of Congress Prints and Photographs Division Remaking the Court)The Court was “the last stronghold of Southern power,” according to one Northern editor. Five sitting justices were among the court’s 7-2 majority in the racist 1857 Dred Scott v. Sandford ruling, in which Taney wrote that Black people were “so far inferior that they had no rights which the white man was bound to respect, and that the negro might justly and lawfully be reduced to slavery for his benefit.”

Some Republicans declared it “the duty of the Republican Party to reorganize the Federal Court and reverse that decision, which … disgraces the judicial department of the Federal Government.”

After Lincoln called in April, 1861 for 75,000 volunteers to put down the Southern rebellion, four more states seceded. So did Justice John Archibald Campbell of Georgia, who resigned on April 30.

Chief Justice Taney helped the Confederacy when he tried to restrain the president’s power. In May 1861, he issued a writ of habeas corpus in Ex Parte Merryman declaring that the president couldn’t arbitrarily detain citizens suspected of aiding the Confederacy. Lincoln ignored the ruling.

To counter the court’s southern bloc, Republican leaders used judicial appointments to protect the president’s power to fight the Civil War. The Lincoln administration was also looking ahead to Reconstruction and a governing Republican majority.

Nine months into his term, Lincoln declared that “the country generally has outgrown our present judicial system,” which since 1837 had comprised nine federal court jurisdictions, or “circuits.” Supreme Court justices rode the circuit, presiding over those federal courts.

Republicans passed the Judiciary Act of 1862, overhauling the federal court system by collapsing federal circuits in the South from five to three while expanding circuits in the North from four to six. The old ninth circuit, for example, included just Arkansas and Mississippi. The new ninth included Missouri, Kansas, Iowa and Minnesota instead. Arkansas became part of the sixth, and Mississippi, the fifth. 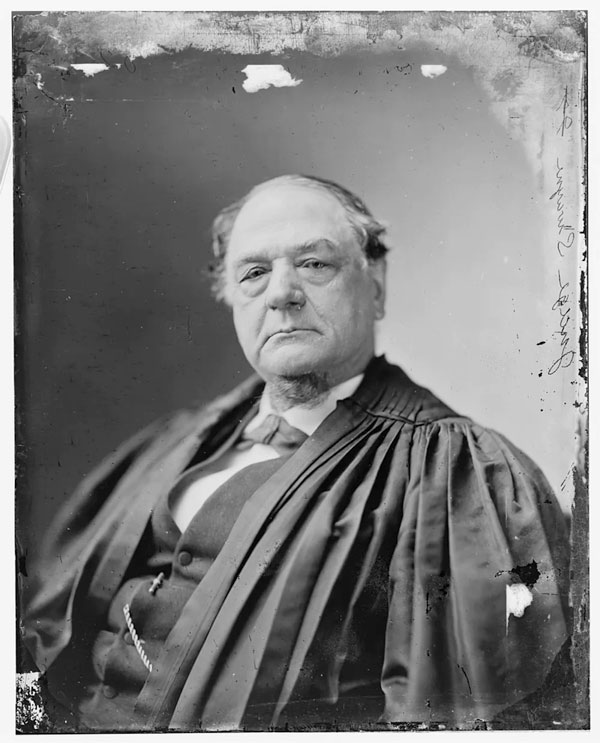 The 1863 Prize cases tested whether Republicans had managed to secure a friendly court. At issue was whether the Union could seize American ships sailing into blockaded Confederate ports. In a 5-4 ruling, the high court – including all three Lincoln appointees – said yes.

Congressional Republicans spied a way to expand the court while solving what amounted to a geopolitical judicial problem. In 1863, Congress created a new tenth circuit by adding Oregon, which had become a state in 1859, to California’s circuit. The Tenth Circuit Act also added a tenth Supreme Court justice. Lincoln elevated pro-Union Democrat Stephen Field to that seat.

And after Chief Justice Taney died in 1864, Lincoln selected his political rival, Treasury Secretary Salmon P. Chase, an architect of national monetary policy, to replace him. With Chase, Lincoln succeeded in creating a pro-administration high court.

After Lincoln’s assassination in April 1865, President Andrew Johnson of Tennessee, who succeeded him, soon began undoing Lincoln’s achievements. He was a Unionist Democrat given the vice presidency as an olive branch to the South. He rewarded that gesture in part by pardoning rank and file Confederates. Johnson also opposed civil rights for newly-freed African Americans.

He also threatened to appoint like-minded judges. But the Republican-dominated Congress blocked Johnson from elevating unreconstructed Rebels to the high court. The Judicial Circuits Act of 1866 shrank the number of federal circuits to seven and held that no Supreme Court vacancies would be filled until just seven justices remained.

The Philadelphia Evening Telegraph’s Democratic editor sighed that at least Republicans “cannot pack the Supreme Court at this moment.”

Republicans refused to consider nominating Johnson in 1868, picking General Ulysses S. Grant instead. He won, and after President Grant’s inauguration, Congress passed the Circuit Judges Act of 1869, raising back to nine the number of Supreme Court justices.

Shortly after, Republicans faced a financial problem of their own making.

But in an 1870 case, Hepburn v. Griswold, Chase reversed himself in a 4-3 decision, ruling the Legal Tender Acts unconstitutional. That threatened national monetary policy and Republicans’ cozy relationship with industries reliant on government sponsorship.

President Grant, preparing for Chase’s ruling, was already working on a political solution. On the day of the Hepburn decision, he appointed two pro-paper-money Supreme Court nominees, William Strong of Pennsylvania and Joseph P. Bradley of New York. Comparing the Republican administration to “a brokerage office,” a Democratic newspaper howled that “the attempt to pack the supreme court to secure a desired judicial decision … (has) brought shame and humiliation to an entire people.”

It also brought a Republican majority to the high court for the first time.

Careful what you wish for

Republican transformation of the federal judiciary in the 1860s and 1870s served the party well in the Civil War and constructed a legal framework for a modernizing industrial economy.

But in the end Lincoln and Grant’s high court appointments ended up being disastrous for civil rights. Justices Bradley, Miller, Strong and Waite tended to constrain civil rights protections like the Fourteenth Amendment, which guarantees equal protection of laws. Their rulings in United States v. Cruikshank in 1876 and Civil Rights Cases in 1883 both sounded the retreat on Black civil rights.

In remaking the court in Republicans’ image, the party got what it wanted – but not what was needed to fulfill the promise of “a new birth of freedom.”