Guard in Custody after Man Dies in Shooting at Denver Protests 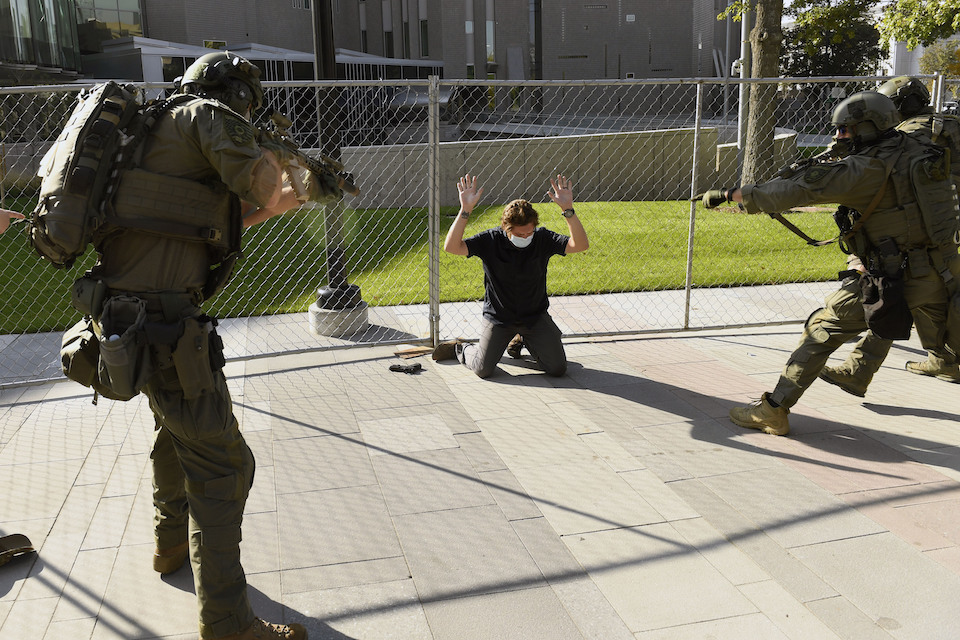 DENVER (AP) — A private security guard working for a TV station was in custody Saturday after a person died from a shooting that took place during dueling protests in downtown Denver.

The shooting took place shortly before 3:50 p.m. in Civic Center Park after a man participating in what was billed a “Patriot Rally” sprayed mace at another man, the Denver Post reported. That man then shot the other individual with a handgun near the courtyard outside the Denver Art Museum, according to a Denver Post journalist who witnessed the incident.

The man who was shot was taken to a nearby hospital, where he died an hour later, the KUSA TV station said.

Two guns found at the scene

Denver Police Department Division Chief Joe Montoya told the Post that police could not confirm the shooter’s or the victim’s affiliations, but he said the incident started as a verbal altercation. Two guns were found at the scene, Montoya said, as well as a mace can.

The Patriot Rally was one of two rallies taking place about the same time in the park. A counter-protest called “BLM-Antifa Soup Drive” took place nearby.

The right-wing Patriot Rally protesters gathered in the park’s amphitheater and occasionally chanted patriotic songs and held up banners, the Post reported.

Protesters at the left-wing “BLM-Antifa Soup Drive” held up flags and signs railing against Nazis and white supremacists as they gathered in the middle of the park, several hundred feet from the barricaded-off amphitheater, the newspaper added.