Cities Declare Racism a Health Crisis, But Some Doubt Impact 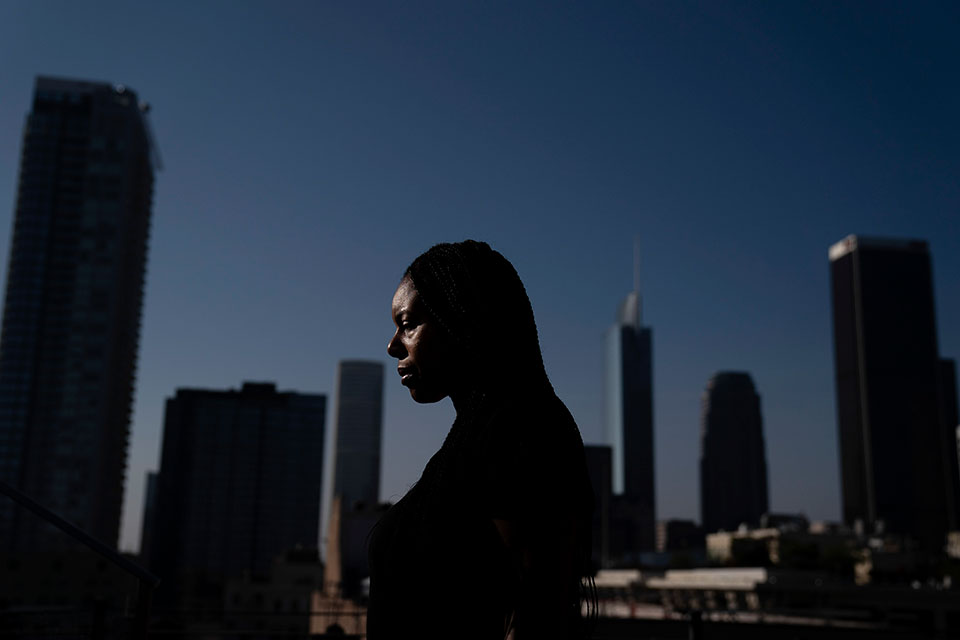 CHICAGO (AP) — Christy DeGallerie noticed a startling trend in her online group for coronavirus survivors: White patients got medications she’d never heard of, were offered X-rays and their doctors listened to their concerns. 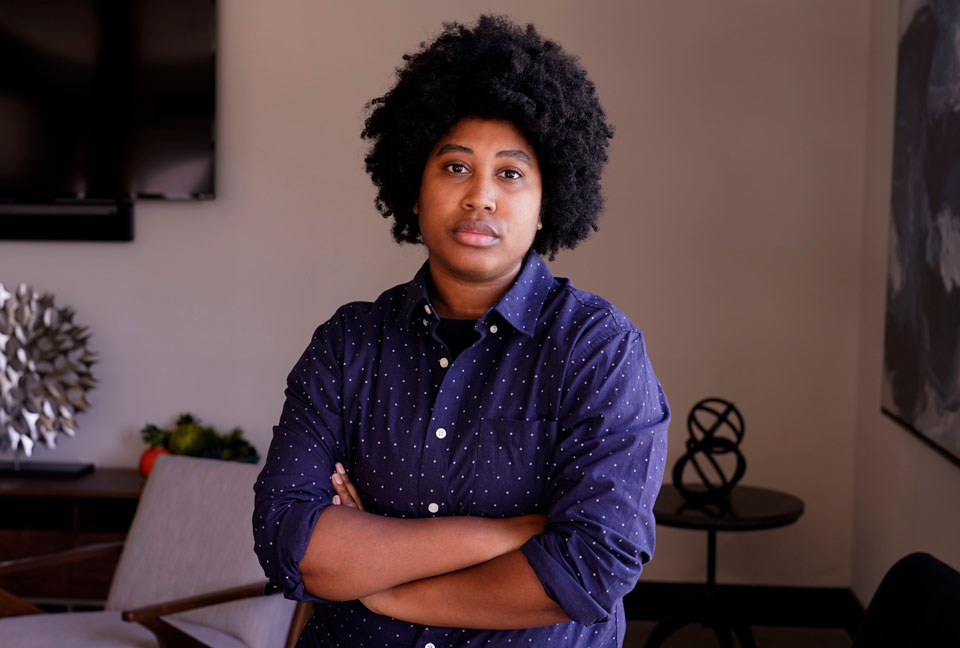 Christy DeGallerie poses for a portrait Tuesday, Sept. 29, 2020, in Dallas. DeGallerie noticed a startling trend in her online group for coronavirus survivors: White patients got medications she’d never heard of, were offered X-rays and said their doctors listened to their concerns. Addressing experiences like DeGallerie's has become a priority for a growing number of local governments, many responding to a pandemic that’s amplified racial disparities and the call for racial justice after the police killing of George Floyd and other Black Americans. (AP Photo/LM Otero)That wasn't her experience. When the 29-year-old Black woman sought a COVID-19 test at a New York emergency room, a nurse said she didn’t have a fever. DeGallerie appealed to a doctor of color, who told the nurse to check again. It registered 101 degrees.

“We know our pain is questioned and our pain is not real to them,” said DeGallerie, who later started a group for Black COVID-19 survivors.

Addressing experiences like DeGallerie's has become a priority for a growing number of local governments, many responding to a pandemic that’s amplified racial disparities and the call for racial justice after the police killing of George Floyd and other Black Americans. Since last year, about 70 cities, roughly three dozen counties and three states have declared racism a public health crisis, according to the American Public Health Association, including King County County and Public Health-Seattle.

Local leaders say formally acknowledging the role racism plays not just in health care but in housing, the environment, policing and food access is a bold step, especially when it wasn't always a common notion among public health experts. But what the declarations do to address systemic inequalities vary widely, with skeptics saying they are merely symbolic.

Kansas City, Missouri, and Indianapolis used their declarations to calculate how to dispense public funding. The mayor of Holyoke, Massachusetts, a mostly white community of roughly 40,000, used a declaration to make Juneteenth a paid city employee holiday. The Minnesota House passed a resolution vowing to "actively participate in the dismantling of racism." Wisconsin’s governor made a verbal commitment, while governors in Nevada and Michigan signed public documents.

“It is only after we have fully defined the injustice that we can begin to take steps to replace it with a greater system of justice that enables all Michiganders to pursue their fullest dreams and potential,” Michigan Lt. Gov. Garlin Gilchrist II said in a statement.

Wisconsin’s Milwaukee County takes credit for being the first with its May 2019 order. It acted because of sobering health disparities in Wisconsin’s most populous county, where nearly 70% of the state’s Black residents live. It's the only county with a significantly higher poverty rate than the state average, 17.5% compared with 10.8% statewide, according to a University of Wisconsin-Madison report.

“The framing helped accelerate the conversation, not only stakeholders could actually grasp and understand,” said Jeff Roman, head of the county’s Office on African American Affairs.

For instance, when the city approved a $2 million pandemic relief plan, more money went to areas with more Black residents, who have been hit disproportionately hard by the virus, instead of being divided equally among ZIP codes.

“Let’s look at where our communities are hurting the most to lift them up,” she said.

Officials in Indianapolis approved a resolution in June, and departments proposing budgets now must answer questions like: “How does compensation and level of authority compare between white and minority employees?”

“We needed to say it and put it out there so all the decisions we make in this realm are not made in a vacuum,” said Vop Osili, president of the Indianapolis City-County Council.

To some, the efforts fall short.

The head of the Chicago Hispanic Health Coalition said Cook County's 2019 resolution does nothing to help those lacking health insurance, often because of low-paying jobs. Nearly 20% of Hispanic people under 65 are uninsured, compared with 11% of Black people and 8% of white people, according to the Kaiser Family Foundation.

“We cannot take advantage of people to pay low wages and pay no attention to their health care,” coalition director Esther Sciammarella said. 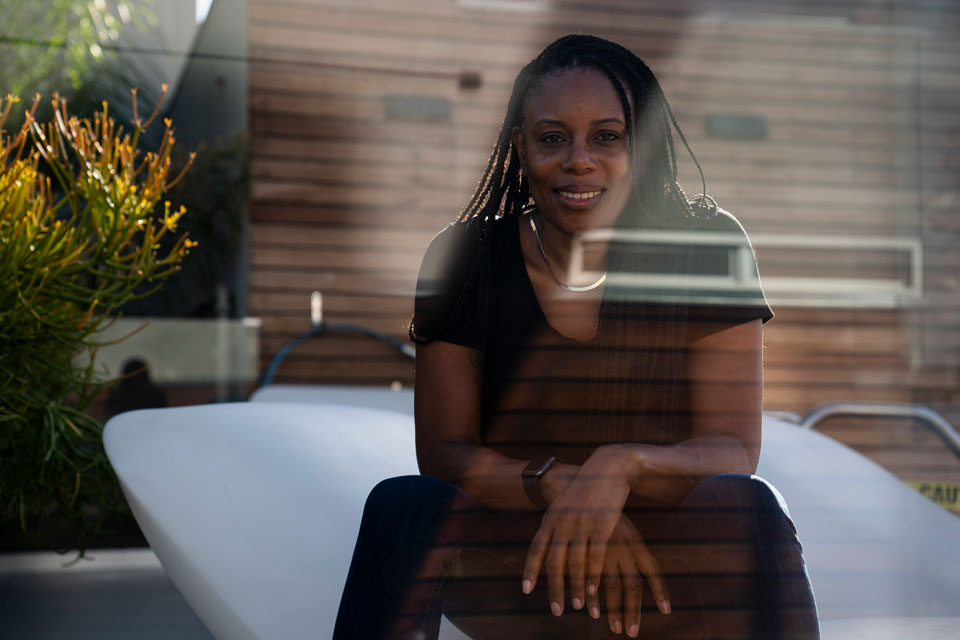 Efuru Flowers, a co-founder of Black Women Rally for Action, poses for photos Monday, Sept. 28, 2020, in Los Angeles. A growing number of cities, counties and states across the country have declared racism a public health crisis. Flowers called Los Angeles' declaration problematic. The city, which declared racism a public health threat last year, offers guidelines, including equality training for city employees. “It does not promote the urgency of eliminating racism in all its forms,” said Flowers. (AP Photo/Jae C. Hong)The city offers guidelines, including equality training for city employees. While it notes disparities, like Black residents making up 8% of Los Angeles County but 42% of the homeless population, the solutions don’t specifically mention Black people.

“It does not promote the urgency of eliminating racism in all its forms,” said Flowers, who started her Los Angeles County organization after a 2019 health report card revealed poor outcomes for Black women. “It doesn’t promote or enlist citizens to join the effort.”

Some are trying to change that.

Calls for change for Black patients

A coalition of hospitals and community clinics took up the cause in Chicago, where a city study showed chronic disease and gun violence are top causes for the almost nine-year gap in life expectancy between Black and white residents.

The group published an open letter in June calling racism a “real threat to the health of our patients, families and communities.”

Their goals include increasing access to care, even as one of Chicago's oldest hospitals that serves predominantly Black, Hispanic, elderly and low-income patients is set to close. The group aims to have specific commitments by year’s end.

“The reality is that we helped create some of these structural barriers,” said Brenda Battle, vice president of the University of Chicago Medicine’s Urban Health Initiative. “We are the ones who have the ability to influence access to health care services. We have not effectively ensured that everybody has access.”

DeGallerie is encouraged by such efforts but says she's never felt racial disparities so strongly. In her Black COVID-19 survivors' group, not being taken seriously by medical professionals is a common theme, as is getting substandard care.

“I would only believe it when it comes from the mouths of patients who are Black,” she said. “Those are the only people who would be able to tell you that something has changed.”

Sophia Tareen is a member of The Associated Press’ Race and Ethnicity Team. Follow her on Twitter.