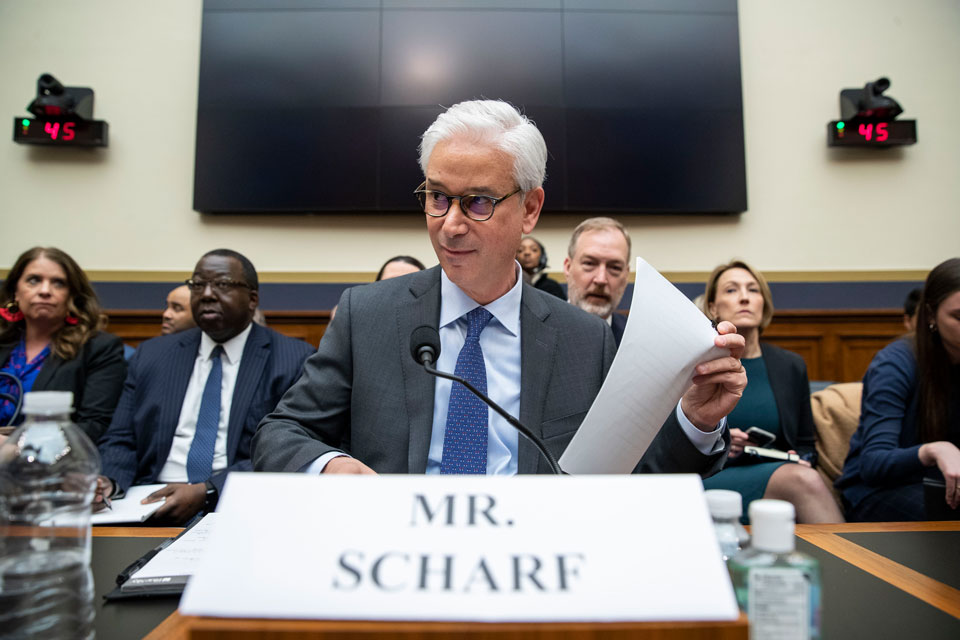 Scharf said that “there is a very limited pool of Black talent to recruit from” in corporate America. The memo to employees was written in June, but became public this week.

The comments and similar statements made in a Zoom meeting, reported by Reuters, led to an intense backlash in Washington and on social media.

“Perhaps it is the CEO of Wells Fargo who lacks the talent to recruit Black workers,” said Rep. Alexandra Ocasio-Cortez of New York, on Twitter.

Perhaps it’s the CEO of Wells Fargo who lacks the talent to recruit Black workers. https://t.co/CI7CRriU3i

Scharf on Wednesday said in a prepared statement that his comments reflected "my own unconscious bias.”

“There is no question Wells Fargo has to make meaningful progress to increase diverse representation,” he wrote. Wells has pledged to increase hiring of minority candidates, particularly through Black colleges and universities, as well as new anti-racism training programs at the bank.

American banking is dominated by leadership that is largely white and male. None of the six big Wall Street banks have ever had a Black or female CEO. Citigroup a few weeks ago announced it would promote a woman to CEO next year, the first on Wall Street to do so.

The last prominent African American to serve as CEO at a large financial services company was Kenneth Chenault, the former CEO of American Express. He retired in 2018. In an interview with The Associated Press at the time, Chenault called the lack of a pipeline to recruit and retain diverse talent “embarrassing” to the financial services industry.

Stanley O'Neal, the former CEO Merrill Lynch while it was still an independent company, is also Black. He resigned in 2007 during the firm's collapse.