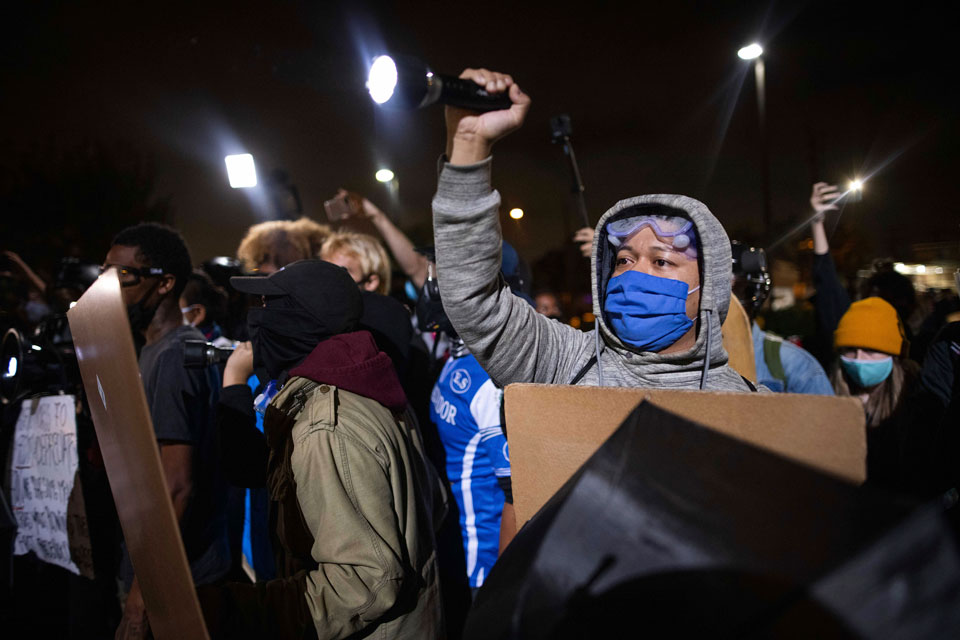 LOS ANGELES (AP) — Los Angeles County sheriff’s deputies shot and killed Dijon Kizzee after they stopped the Black man on his bicycle for a traffic violation, and he ran from them, punched one and then dropped a bundle that included a gun, authorities and relatives said.

The shooting death Monday afternoon comes on the heels of a police shooting in Kenosha, Wisconsin, that left Jacob Blake, who is also Black, paralyzed and spurred days of protests, reinvigorating the national debate on racial injustice and policing. 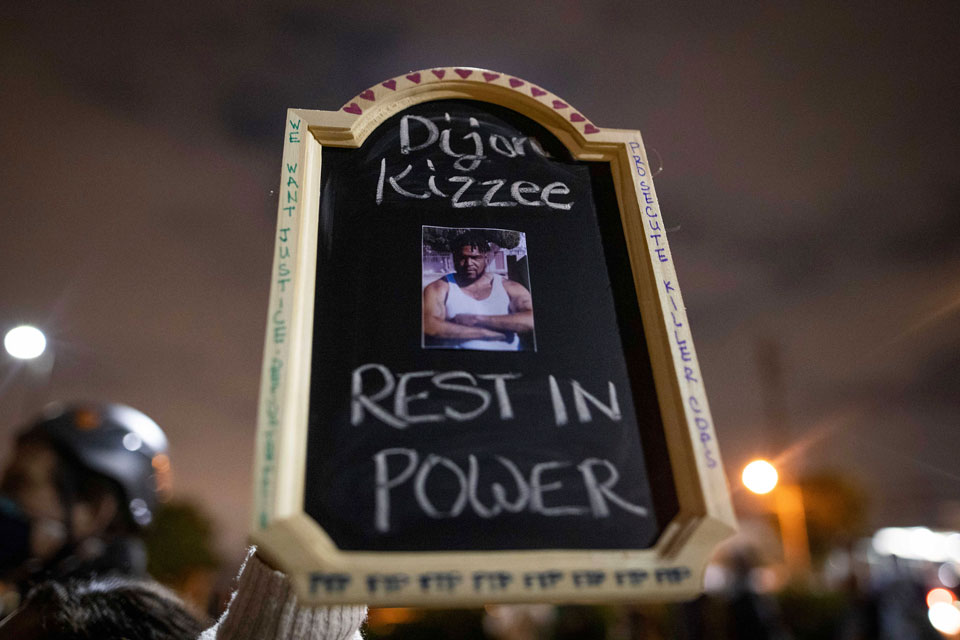 A protester holds a sign with a picture of Dijon Kizzee, who died after being shot by deputies of the Los Angeles Sheriff's Department on Monday, Aug. 31, 2020, in Los Angeles, Calif. (AP Photo/Christian Monterrosa)Protesters also took to the streets Monday night in the South Los Angeles area, where more than 100 marched to a sheriff’s station near the shooting. Some chanted “Say his name” and “No justice, no peace,” the Los Angeles Times reported.

Sheriff’s Lt. Brandon Dean told the Times that investigators had not yet interviewed the two deputies involved, but he gave this account: When deputies tried to stop the man for riding his bicycle in violation of vehicle codes, he dropped his bike and ran. When they caught up to him he punched one of them in the face and dropped a bundle of clothes he was carrying. The deputies spotted a handgun in the bundle and opened fire.

“He was in possession of a firearm and did assault a deputy,” Dean said.

Neighborhood resident Arlander Givens, 68, questioned why deputies fired at a man who, according to the sheriff’s official, wasn’t holding a weapon.

“If he reached down to grab it, that’s different,” Givens told the Times.

“But if it’s on the ground, why shoot? That means he was unarmed.”

The sheriff’s department said it could not immediately give the victim's name, but an aunt, Fletcher Fair, and an uncle, Anthony Johnson, identified him as Kizzee, 29.

Police say the handgun was recovered and no deputies were injured. TV news helicopters showed a gun near the body.

Dean, in a Monday afternoon news conference, said investigators had not yet interviewed witnesses or reviewed any surveillance or cellphone video.

“Give us time to conduct our investigation," he said. “We will get all of the facts of this case and eventually present them."

The Los Angeles County Board of Supervisors is set to vote Tuesday to fund a body camera program for the sheriff’s department.