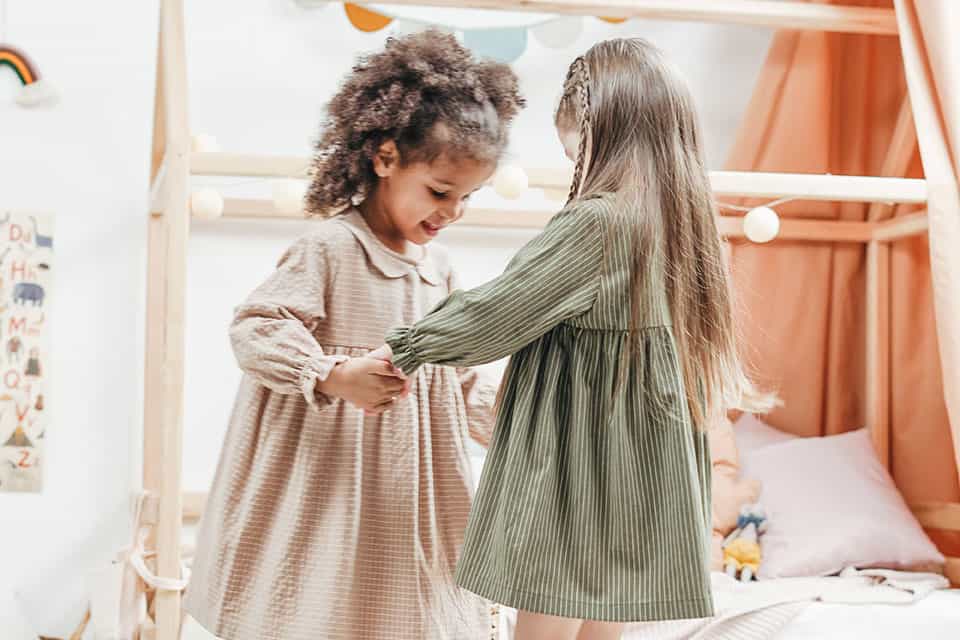 WASHINGTON — Adults in the United States believe children should be almost 5 years old before talking with them about race, even though some infants are aware of race and preschoolers may have already developed racist beliefs, according to new research published by the American Psychological Association.

“Children are capable of thinking about all sorts of complex topics at a very young age,” she said.

“Even if adults don't talk to kids about race, children will work to make sense of their world and will come up with their own ideas, which may be inaccurate or detrimental.”

In an online study with a nationally representative sample, more than 600 participants were asked the earliest age at which they would talk with children about race. They were also asked when they thought children first develop behaviors and cognitive abilities relating to race and other social factors. More than half of the participants were parents while 40% were people of color. The research was published online in the Journal of Experimental Psychology: General.

Study results same regardless of race

The participants believed conversations about race should begin near a child’s fifth birthday even though children begin to be aware of race when they are infants. Previous research has shown that 3-month-old babies prefer faces from certain racial groups, 9-month-olds use race to categorize faces, and 3-year-old children in the U.S. associate some racial groups with negative traits. By age 4, children in the U.S. associate whites with wealth and higher status, and race-based discrimination is already widespread when children start elementary school.

Participants who believed children’s capacities to process race developed later also believed conversations about race should occur later. The researchers were surprised that the participants’ race did not affect the age at which they were willing to talk with children about race. The participants’ parental status, gender, education level, or experience with children also didn’t have any bearing on the findings.

Another online experiment in the study found that when participants learned about children’s developmental abilities relating to race, they said adults should start talking about it when children are 4 years old. This was approximately a year earlier than in the previous experiment.

Many white parents often use well-meaning but ineffective strategies that ignore the realities of racism in the United States, said study co-author Leigh Wilton, PhD, an assistant professor of psychology at Skidmore College. Some harmful approaches include a colorblind strategy (e.g., telling children “Skin color doesn’t matter,” or “We’re all the same on the inside”) or refusing to discuss it (e.g., “It’s not polite to talk about that”).

The study didn’t address exactly when or how adults should talk with children about race, but Wilton said this can begin early.

“Even if it’s a difficult topic, it’s important to talk with children about race, because it can be difficult to undo racial bias once it takes root,” she said. “Toddlers can’t do calculus, but that doesn’t mean we don’t teach them to count.

"You can have a conversation with a toddler about race that is meaningful to them on their level.”

Parents, especially white parents, need to become comfortable talking about race or it will only get more difficult as their children get older, Wilton said.

“If we wait until a child is old enough to ask a tough question about the history of racial violence, then it will be that much harder to talk about if there haven’t been any meaningful discussions about race earlier in their lives.”