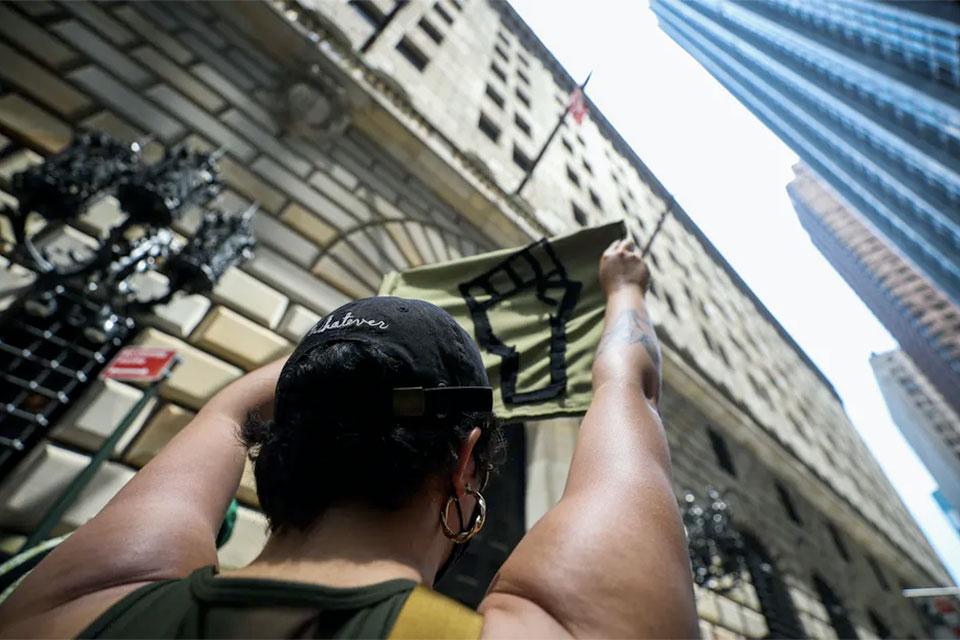 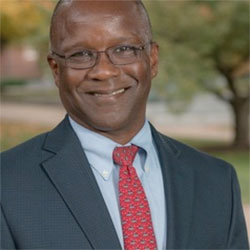 William M. Rodgers III, Professor of Public Policy and Chief Economist, Rutgers UniversityThe job of slicing up the economic pie in the U.S. has traditionally fallen to Congress, with the Federal Reserve tasked with making sure there is enough to go around. But this could soon change.

Under proposals put forward by Democrats in Congress, the mandate of the Fed would be tweaked for the first time since 1977, when its objectives were made explicit: promote maximum employment, stable prices and moderate long-term interest rates. Under the new proposals, the central bank would gain an additional task of reducing racial inequality. In short, the central bank could be handed the pie cutter and told to make sure everyone gets a fair share.

If passed, the Federal Reserve Racial and Economic Equity Act would shift some of the responsibility for addressing systemic racial inequality away from Congress. Given that the nation’s politicians have failed to level the playing field to date, that may not be a bad thing.

As a former chief economist at the U.S. Department of Labor who has researched racial inequality, I believe that the proposed changes to the Federal Reserve’s mandate would improve the economic status of Black Americans and that the Fed can achieve this in three key ways.

The main tool the Fed has in guiding the U.S. economy is through the setting of interest rates. Adjusting its benchmark interest rate changes the cost of borrowing for companies and consumers, which in turn can stimulate or subdue their spending. When the unemployment rate is extremely low – as it was prior to the pandemic – the Fed may increase interest rates. This puts a brake on private consumption and investment and protects against inflation.

The problem is that currently the Fed focuses on the national jobless rate, the same one reported every month in the news. This figure obscures the wide variation among different regions and demographic groups, not to mention it ignores the growing share of Americans who are underemployed.

At present, the Fed uses the national unemployment rate to help guide its rate setting. But even during times of prosperity, the Black American jobless rate is roughly two times the white rate. As a result of the Fed targeting the national unemployment rate – which is roughly equal to the white rate – interest rates are hiked before many Black Americans fully experience the benefits of a deep and lengthy economic boom. My research with former Fed economist Seth Carpenter shows that when the Fed puts its foot on the brakes, the Black jobless rate rises more. Black teen unemployment suffers the most from this brake pumping.

But in line with a change to the mandate to include reducing racial inequality, central bankers could ditch the national rate as its target and instead use the Black unemployment rate. Doing so would still maintain strong economic growth for white Americans but would enable the Fed to set rates in a way tailored to addressing the economic needs of Black people too.

The Fed can also use tools handed to it under the Community Reinvestment Act to narrow racial wealth differences and provide Black Americans with greater access to credit. The act, enacted in 1977, requires the Fed to use its oversight powers to encourage financial institutions to help meet the credit needs of the communities in which they do business, particularly in low- and moderate-income neighborhoods. The new proposals specifically call on the Fed to aggressively implement the act.

This is important because many Black consumers continue to experience discrimination getting loans and mortgages.

Proposals in the act would ensure that policymakers and the public are made fully aware of racial economic disparities. Under the act’s terms, the Fed would be required to report on recent racial, ethnic, gender and education gaps in income and wealth, with the Fed chair expected to identify racial disparities in the labor market through periodical congressional testimony. The chair would also have to make public how the Fed intends to reduce these gaps.

This is important because the act could be viewed as lessening Congress’ traditional role of using fiscal policy such as taxation and spending to address issues of inequality. Instead, the Fed’s new data collection and analysis responsibilities would put additional pressure on lawmakers to act.

I believe this could have a profound long-term impact on not only individual Black families but the national economy as a whole. The availability of much more data that clearly shows just how wide the racial inequality gap is would put pressure on Congress to find ways to help Black Americans accumulate wealth and the means to secure and affordable housing. This would likely result in lower health care costs, increased housing values and lower crime. This in turn could lead to less spending on social services, with savings redeployed to community enterprises that raise overall productivity.

Likewise highlighting racial discrepancies in employment could force Congress to introduce proposals to bring equitable child care and education to Black communities, as well as better transportation and reliable technology, all of which would raise worker productivity.

Changing the Fed’s remit is no silver bullet. But at a minimum, the provisions of the proposed act – to make reducing inequality part of the Fed’s mission, to ensure that racial economic disparities are not ignored and to require robust reporting on labor force disparities – could provide a federal response to racial disparities that moves the needle on improving the prosperity of Black Americans. And it comes as America’s reckoning with systemic racism has received fresh urgency and scrutiny following the killing of George Floyd.

Despite this fresh impetus, the act faces an uphill battle. It is unlikely to become law under present political circumstances. And even if the Democrats succeed in winning the Senate and presidency in November, the chances for the act’s success are uncertain. But if over time more Fed governors are appointed that support the proposed mandate, the act’s elements could become policy and practice. This updated mandate would represent a down payment by one of the nation’s most powerful institutions to end systemic racism.