'One of Us': South Asians Celebrate Harris as VP Choice 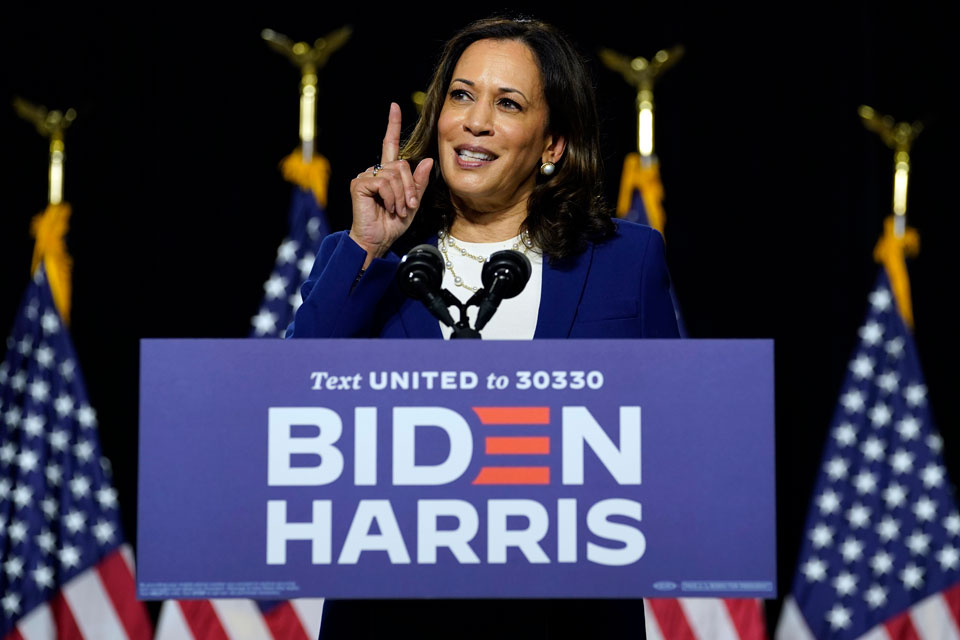 That title of respect that goes beyond family in Asian circles immediately came to mind when Joe Biden announced Kamala Harris as his running mate. So the 27-year-old with Sri Lankan roots tweeted it as a wink to others who understood the significance of the term.

“The fact that she is both Black and brown is what makes this so exciting. The Asian American experience is one that is complicated and nuanced and robust,” said Jayasinghe, who works in financial communications in New York. “I feel connected to that.” 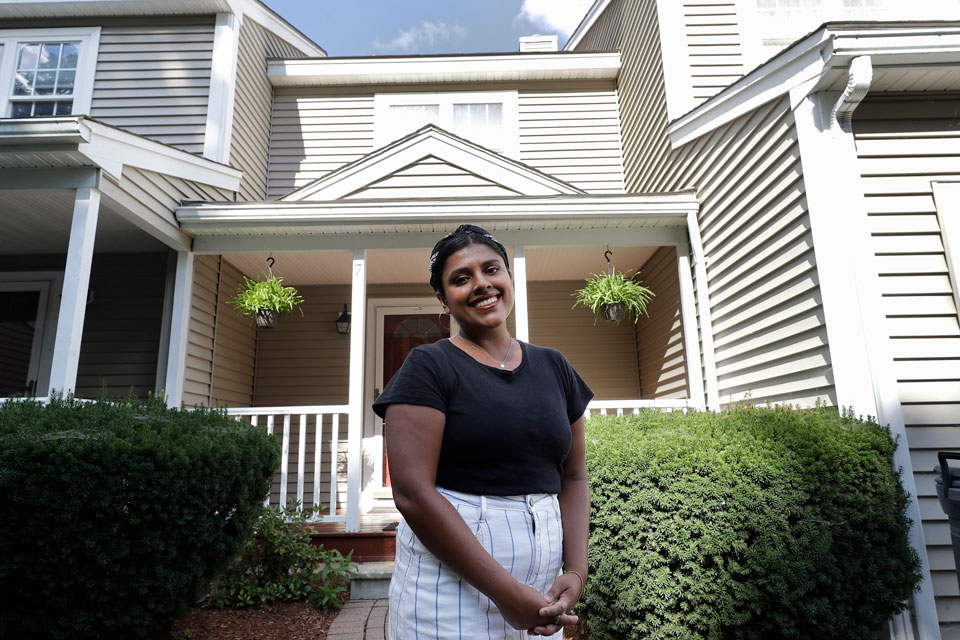 Tamani Jayasinghe, 27, of New York, stands for a photograph, Wednesday, Aug. 12, 2020, at the home of her parents, in Northborough, Mass. South Asian Americans are celebrating Joe Biden's running mate choice of Kamala Harris, who's the daughter of Indian and Jamaican immigrants. (AP Photo/Steven Senne)Harris, the daughter of a Jamaican father and an Indian mother, often focuses on her identity as a Black woman. At times during her political career, as she ran for California attorney general and senator, some didn’t realize she was of Indian descent. In her first remarks as Biden's running mate on Wednesday, she spoke of her mother's roots but described herself as the “first Black woman” to be nominated for the vice presidency on a major party ticket.

Still, the possibility she would be the U.S. vice president, which has already triggered sexist and racist commentary, created instantaneous glee among South Asians worldwide and put the spotlight on her as the first person of Asian descent on a major party presidential ticket.

Asian Americans are the fastest-growing racial or ethnic group of eligible voters. More than 11 million Asian Americans will be able to vote in November, according to a May report by the Pew Research Center.

The choice — Biden and Harris made their debut Wednesday — inspired social media musings of celebrating the Hindu festival Diwali at the White House and drawing room talks about the U.S. senator’s mother’s journey from Chennai to California. Indian government officials of all parties noted the choice as historic, while actress Mindy Kaling — she once made masala dosa with Harris — deemed it “thrilling.” A top headline in The Times of India, one of the world’s most widely read English-language newspapers, read, “'A daughter of Chennai, Kamala blooms in US.”

“She is one of us,” said Aleyamma Keny, a retired nurse in suburban Chicago.

The 74-year-old woman, who immigrated from southern India to the U.S. in the 1970s, said Harris joining the ticket felt like a family member had accomplished something. Like many others, Keny saw her own immigration story in the candidate’s mother.

Harris has called her late mother, Shyamala Gopalan, her biggest influence and frequently invoked stories about the cancer researcher and civil rights activist who died in 2009. Gopalan first came to America in 1958. She attended the University of California at Berkeley, where she met and married Jamaican immigrant Donald Harris and had Kamala and her sister before the couple divorced.

Harris’ mother came to the U.S. at a time when Indians were scarce and raised her biracial daughters with the understanding that the larger American society would see them as Black. She took them to civil rights protests, and wanted them to become “confident, proud Black women,” Harris wrote in her 2019 book, “The Truths We Hold: An American Journey."

The first Black woman as a running mate

A graduate of Howard University, Harris has made clear that she is both confident and proud of her Black identity. In a March 2019 radio interview, she answered a question about her identity by saying: “I’m Black, and I’m proud of being Black. I was born Black.

"I will die Black, and I’m not going to make excuses for anybody because they don’t understand.”

She did take steps during her presidential campaign, before she dropped out in December, to talk about her Indian heritage. Without much fanfare, she released a video via social media featuring photos of her Indian grandfather and talked of her visits as a child to see him.

In her speech Wednesday, Harris noted her parents' heritages but ended with saying Biden is the only person "who’s served alongside the first Black president and has chosen the first Black woman as his running mate.”

President Donald Trump struggled Wednesday to define her candidacy, repeatedly calling her “nasty.” She's already been the subject of the false notion that she’s ineligible to run because her parents were not born in America.

Harris was elected to the Senate in 2016, the same year three other Indian Americans won their first House terms including Pramila Jayapal of Washington. The first Indian American congresswoman, she and Asians also celebrated Harris as a Black woman.

“It isn’t just that we want her to be an Asian American sister for us. She really is representative, this biracial piece is representative of the experiences that so many immigrant communities have had, learning from the leadership of Black communities,” she said.

“So we want her to claim all of us and we will all claim her.”

A hope for unity

Madhuri Patel, who immigrated from Gujrat, India, at the age of 6 and grew up in predominantly white Iowa, said Harris’ multi-layered identity would make her a more effective leader. She hoped Harris could unify the country.

“For me, it’s always been really important that you have someone who understands the experience of being marginalized within our communities,” said the 45-year-old Chicago attorney.

Zafar Bokhari, a Chicago State University professor who immigrated from Pakistan in the 1980s, said Harris was a role model for his children.

Despite skepticism about her foreign policy if elected, he said seeing a woman from the Indian subcontinent as a possible vice president was inspiring.

“This is quite an achievement and I really admire the way she has presented herself,” he said. “She has earned this position and I respect that.”