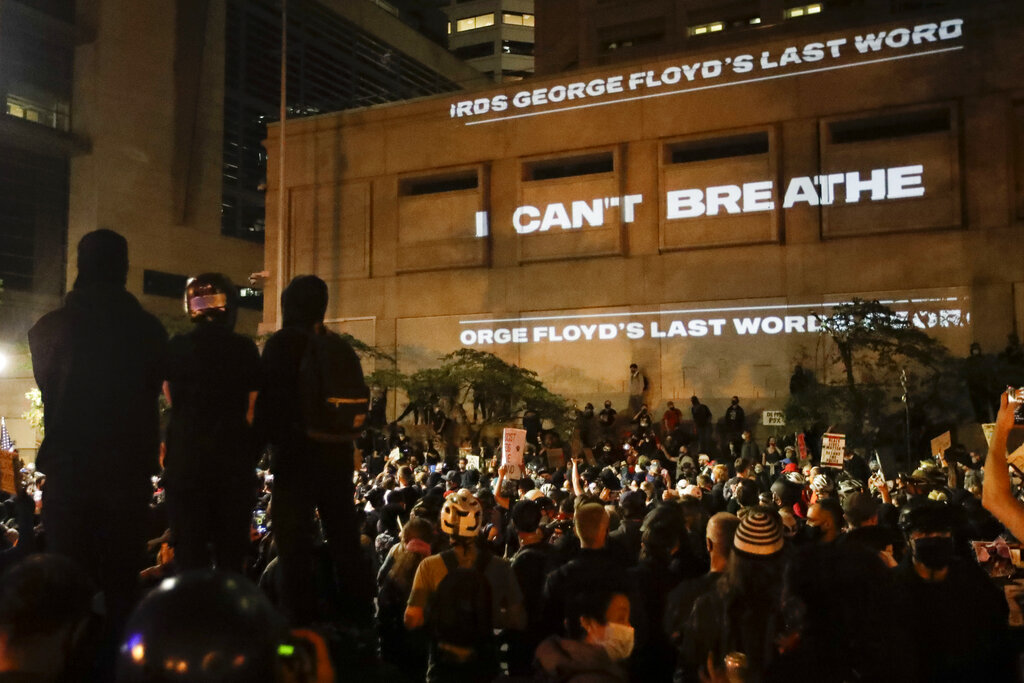 RICHMOND, Va. (AP) — The death of George Floyd and widespread protests over racial injustice have prompted several states to move at a lightning pace to pass significant policing reform proposals that in some cases have languished for years.

The urgency is bipartisan, as both Democratic and Republican majorities in various legislatures have moved quickly to pass bills banning chokeholds, making it easier to hold officers legally accountable for their actions and other reforms.

GOP-controlled Iowa took about a week to pass a series of policing bills in mid-June.

A week later, the Colorado Legislature, where Democrats hold the majority, passed a sweeping police accountability bill that sped through the legislative process with bipartisan support.

Minnesota passed a broad slate of police accountability measures that include a ban on neck restraints like the one used on George Floyd before his death in Minneapolis. The state is one of only two in the country where partisan control of the legislature is split.

“This kind of rapid response from legislators, on this type of issue particularly, is not something I’ve ever seen previously,” Amber Widgery, a program principal on criminal justice issues at the National Conference of State Legislatures.

Since Floyd’s death in late May, there have been about 450 pieces of policing reform proposals introduced in 31 states, according to a count by the NCSL.

Many states had finished their normal legislative session at the time of Floyd's death and are planning to address police accountability next year. But some states are having special sessions this year and others moved quickly to pass bills during the normal legislative calendar.

California’s legislature is in the final month of a session repeatedly interrupted by the pandemic and lawmakers are pushing to enact nearly a dozen police-related laws.

Another state expected to take action soon is Virginia, where a new Democratic majority disappointed some criminal justice reform advocates earlier this year with a go-slow approach. Now lawmakers are set to debate a wide range of policing and other reforms in a special session starting later this month.

One proposal that has drawn pushback would downgrade the charge of assault on a police officer from a felony to a misdemeanor in cases where the officer is not injured.

“But we won’t pass up the opportunity,” he said.

Police have sympathisers too

Law enforcement's reaction to the state-level push has been mixed, with police groups supporting some measures and opposing others. In Colorado, a new law that eliminated the qualified immunity defense that generally protects government workers from lawsuits was strongly opposed by some police.

Officials say a handful of veteran officers in the state have since resigned, saying the financial risk isn’t worth it.

The protests have not moved every state toward putting new limits on police powers. If anything, protests in Missouri have only fueled backlash and pro-police sentiment, primarily among Republican elected officials.

With the state legislature in a special session, Republican Gov. Mike Parson, a former sheriff who is campaigning to keep his seat in November, directed lawmakers to focus on an uptick in violence in the state’s largest cities. Portland has also seen an increase in violent deaths.

He dismissed bipartisan calls from Black legislators and activists for the legislature to address police accountability issues, saying those issues need to be debated next year.

In Oregon, where the most populous city, Portland, has experienced some of the country's fiercest clashes between law enforcement and protesters, lawmakers will return for a second special session starting next week to address the state's budget.

During a special session in June the Legislature passed several police reform bills, including a measure that limits the use of chokeholds and another creating a statewide police discipline database.

Now some are pushing for the Legislature, which Democrats control by large majorities, to be more aggressive and use the second special session for even more police-related action.

Reform depends on who is next president

Not all legislative leaders are onboard.

“COVID-19 upended our economy and put state services at risk,” said Senate President Peter Courtney, a Democrat from Salem. “We have another long session coming in January. Now is the time for the budget.”

Virginia state Sen. Scott Surovell, who is helping spearhead the criminal justice efforts in that state, said there is a sense of urgency to get as much done as possible during the special session and not put off items until next year's normal legislative session.

He said he is worried the final stretch of the presidential election and its outcome could make it harder to maintain the focus on reforms.

“That’s just going to take over the narrative," Surovell said.

But Daniel Feldman, a professor at the John Jay College of Criminal Justice in New York, said he thinks Floyd's death has sparked a sustainable movement that created a tipping point, much like the gay rights movement did previously.

“It does seem to me that this is one of those changes in public opinion that has staying power," he said.