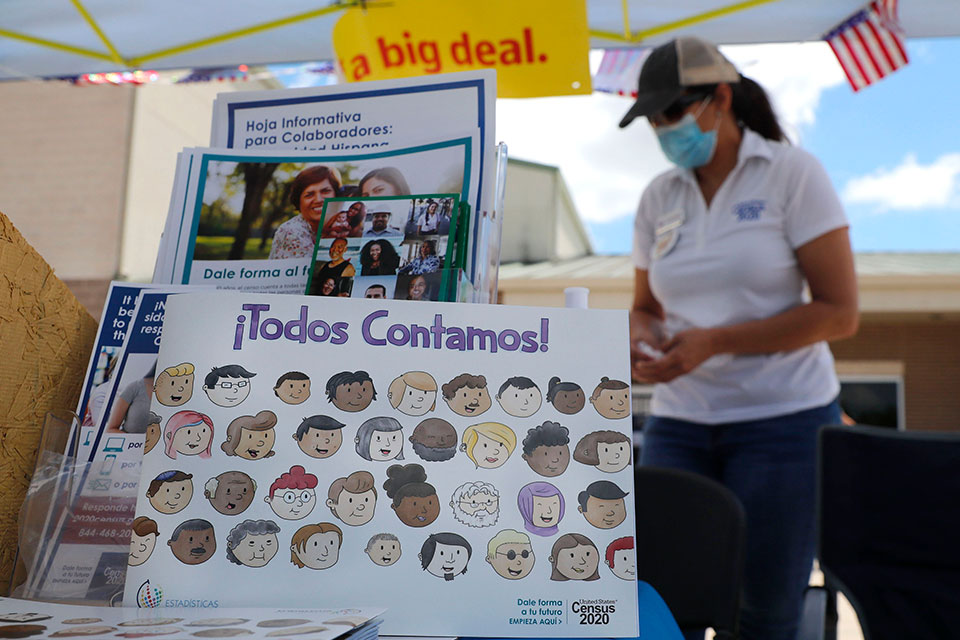 ORLANDO, Fla. (AP) — The U.S. Census Bureau is cutting its schedule for data collection for the 2020 census a month short as legislation that would have extended the national head count's deadlines stalls in Congress. The move is worrying researchers, politicians and others who say the change will miss hard-to-count communities, including minorities and immigrants, and produce less trustworthy data.

The Census Bureau said late Monday that the door-knocking and ability for households to respond either online, by phone or by mail to the questionnaire will stop at the end of September instead of the end of October so that it can meet an end-of-the-year deadline to turn in numbers used for redrawing congressional districts.

Census experts, academics and civil rights activists worry the sped-up count could hurt its thoroughness and produce inaccurate data that will have lasting effects through the next decade. The count determines how $1.5 trillion in federal spending is distributed and how many congressional districts each state gets.

“This move will rush the enumeration process, result in inadequate follow-up, and undercount immigrant communities and communities of color who are historically undercounted," U.S. Rep. Carolyn Maloney, chairwoman of the House Committee on Oversight and Reform, wrote Census Bureau director Steven Dillingham in a letter Tuesday.

In the letter, Maloney, a Democrat from New York, requested interviews before her committee with eight Census Bureau officials, including two recent additions to the bureau's leadership whose appointments by the Trump administration have been sharply criticized as politically driven.

But Dillingham said the agency aimed to have the same level of responses as past censuses. “We will improve the speed of our count without sacrificing completeness,” he said.

If communities are missed, it will have “a large downstream impact” not only on apportionment but social science research and other Census Bureau surveys that rely on the once-a-decade census, said David Van Riper, director of spatial analysis at the University of Minnesota’s Institute for Social Research and Data Innovation.

“It’s interesting that this is happening now because all of the COVID databases are using population data from the census,” Van Riper said. Data used from an inaccurate count during a pandemic like the one the U.S. is experiencing “would give us a false perception of what’s going on on the ground,” he added. 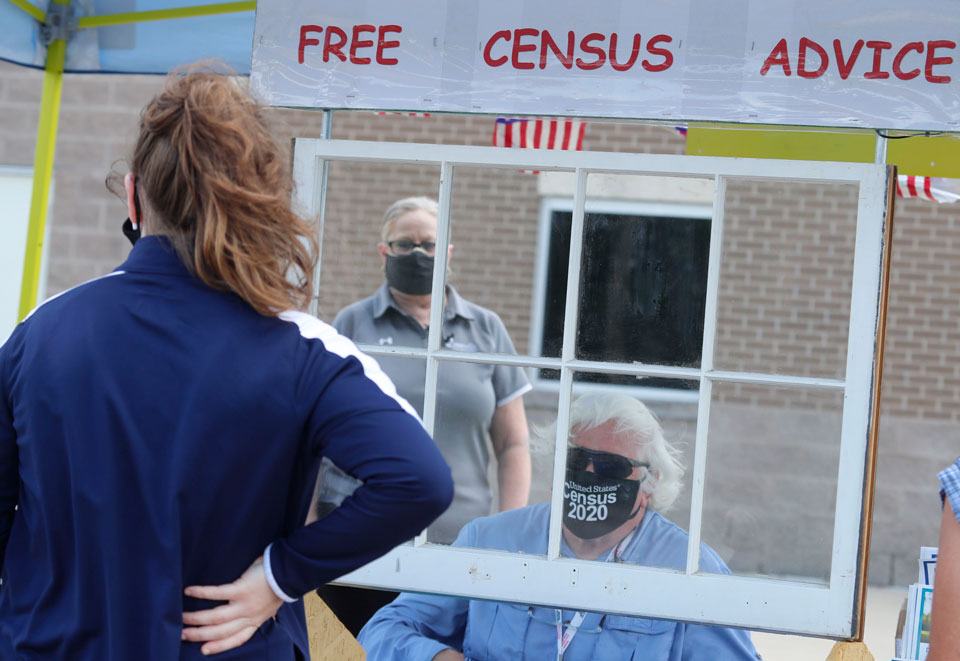 Amid concerns of the spread of COVID-19, census worker Ken Leonard wears a mask as he mans a U.S. Census walk-up counting site set up for Hunt County in Greenville, Texas, Friday, July 31, 2020. (AP Photo/LM Otero)As of Monday, 37% of U.S. households hadn't yet responded to the census questionnaire. Some of the 500,000 door knockers hired by the Census Bureau have begun visiting those households, but they weren't expected to go out in force until next week.

An analysis by the CUNY Center for Urban Research shows that 10 states currently are trailing their 2010 self-response rates by 5 to 10 percentage points, meaning they will require a greater share of door-knocking than they did a decade ago. Those states are Alaska, Montana, New Mexico, New York, North Carolina, North Dakota, Rhode Island, South Carolina, Texas and Wyoming.

Four former Census Bureau directors who have served in both Democratic and Republican administrations warned in a letter that cutting short the door-knocking phase would force the bureau to rely on administrative records and statistical techniques to fill gaps on a much larger scale than in previous censuses.

Congress should task an independent institution to measure whether the 2020 count matches the outcomes of previous censuses, and if not, recommend what steps should be taken, said the letter signed by Vincent Barabba, Robert Groves, Kenneth Prewitt and John Thompson.

Deadline extension needed due to COVID-19, stalls in Senate

Facing delays caused by the pandemic, the Census Bureau had earlier this year pushed back wrapping up field operations for the once-a-decade head count from the end of July to the end of October.

The bureau also asked Congress in April to extend the deadline for turning in apportionment data used for drawing congressional districts from Dec. 31, 2020, to April 30, 2021. Top Census Bureau officials have said it would be impossible to meet the end-of-the-year deadline, and that the bureau expected bipartisan support for the request.

The request passed the Democratic-controlled House as part of coronavirus-relief legislation but it hasn't gone anywhere in the Republican-controlled Senate. The chamber’s inaction coincides with a memorandum Trump issued last month to try to exclude people living in the U.S. illegally from being part of the process for redrawing congressional districts.

Civil rights groups, states, cities and individuals have filed at least a half-dozen lawsuits challenging the memorandum as unconstitutional and an attempt to limit the power of Latinos and immigrants of color.

Kristen Clarke, president and executive director of the Lawyers' Committee for Civil Rights Under Law issued the following statement:

"In no uncertain terms, we condemn any attempt by the Trump administration to make 11th-hour changes to policies that Census experts deem necessary for ensuring a complete and accurate Census count. By prematurely ending critical door-knocking efforts, we run the risk of missing millions in Black and immigrant communities.  This decision may deprive these communities of fair representation, and fair allocation of funds for the next ten years."

The request to Congress also asked that the deadline for turning in data used for drawing legislative and local districts be extended from March 30, 2021, to July 31, 2021, but the Census Bureau is now aiming to finish those responsibilities by the end of March.

Maloney on Tuesday introduced an update to the legislation pending in Congress that would give the Census Bureau more time by pushing back the deadlines to the later dates.

Critics say the move to speed up the deadlines is just the latest Trump administration effort to politicize the 2020 census, starting with a failed attempt to add a citizenship question to the form.

“This is nothing but a disgusting power grab from an administration hell-bent on preserving its fleeting political power at all costs,” said Julie Menin, census director for New York City.