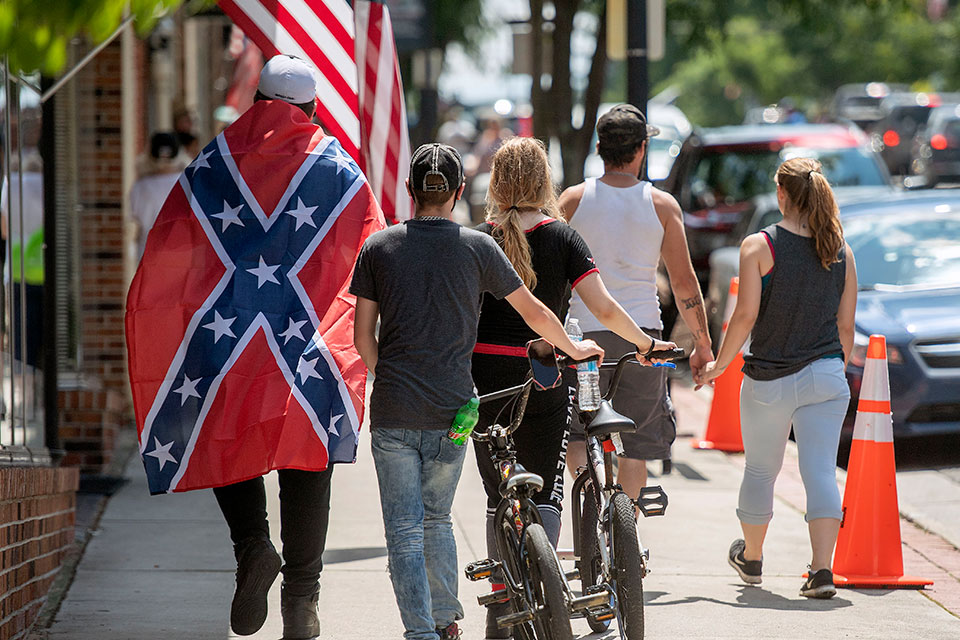 WASHINGTON (AP) — After weeks of wrangling, the Pentagon is banning displays of the Confederate flag on military installations, in a carefully worded policy that doesn't mention the word ban or that specific flag. The policy, laid out in a memo released Friday, was described by officials as a creative way to bar the flag's display without openly contradicting or angering President Donald Trump, who has defended people’s rights to display it.

Signed by Defense Secretary Mark Esper on Thursday night, the memo lists the types of flags that may be displayed at military installations. The Confederate flag is not among them — thus barring its display without singling it out in a “ban.” Details of the policy were first reported by the AP. 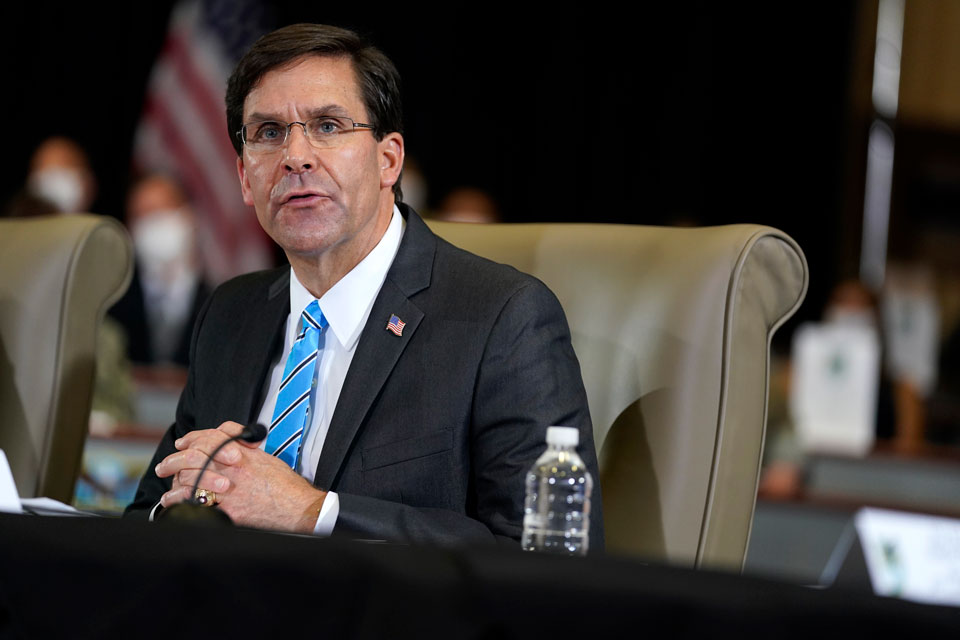 In this July 10, 2020, file photo Defense Secretary Mark Esper speaks during a briefing on counternarcotics operations at U.S. Southern Command in Doral, Fla. Defense leaders are weighing a new policy that would bar the display of the Confederate flag at department facilities without actually mentioning its name, several U.S. officials said Thursday, July 16. Esper discussed the new plan with senior leaders this week. (AP Photo/Evan Vucci, File)“We must always remain focused on what unifies us, our sworn oath to the Constitution and our shared duty to defend the nation,” Esper's memo states. “The flags we fly must accord with the military imperatives of good order and discipline, treating all our people with dignity and respect, and rejecting divisive symbols.”

Acceptable flags listed in the memo include the U.S. and state banners, flags of other allies and partners, the widely displayed POW/MIA flag and official military unit flags.

Confederate flags, monuments and military base names have become a national flashpoint in the weeks since the death of George Floyd. Protesters decrying racism have targeted Confederate monuments in multiple cities. Some state officials are considering taking them down, but they face vehement opposition in some areas.

According to a Defense Department official familiar with the matter, the decision not to name a specific prohibited flag was to ensure the policy would be apolitical and could withstand potential legal challenges based on free speech. The official said the White House is aware of the new policy.

Trump has flatly rejected any notion of changing base names, and has defended the flying of the Confederate flag, saying it’s a freedom of speech issue.

According to Esper's memo, the display of unauthorized flags — such as the Confederate banner carried during the Civil War — is acceptable in museums, historical exhibits, works of art or other educational programs.

The Marine Corps has already banned the Confederate flag. Gen. David Berger, the commandant of the Marine Corps, directed his commanders in early June to remove public displays of the Confederate battle flag. That flag, which some embrace as a symbol of heritage, “carries the power to inflame feelings of division” and can weaken the unit cohesion that combat requires, Berger said.

Military commands in South Korea and Japan quickly followed suit. The new policy does not affect or rescind those bans.

The other three military services were all moving to enact similar bans, but they paused when Esper made it known he wanted a consistent policy across the whole department. Now they will instead issue this new policy to their troops and employees.

Defense leaders have for weeks been tied in knots over the incendiary issue of banning the Confederate flag,

An early draft of the Defense Department plan banned display of the Confederate flag, saying the prohibition would preserve “the morale of our personnel, good order and discipline within the military ranks and unit cohesion.” That version was shelved, and officials have been struggling since then to come up with a policy that would have the same effect but not create political havoc.

Esper discussed the matter with senior leaders during a meeting Wednesday, including some of the legal issues surrounding a variety of bans, which some officials believe could be challenged in court.

The final version is a compromise that enables Esper to enact a ban that passes legal muster and gives military leaders what they want, but doesn’t infuriate the commander in chief.

According to the official, the new policy doesn't undo the bans already in place, and service chiefs and secretaries will still be able to enact additional more stringent policies restricting symbols they believe are divisive and harmful to unit cohesion. The official spoke on condition of anonymity to discuss decisions not yet made public.

Army Secretary Ryan McCarthy told reporters on Thursday that he is still working on a policy that would remove all divisive symbols from Army installations.

He didn’t mention the flag, but said, “we would have any divisive symbols on a no-fly list.”