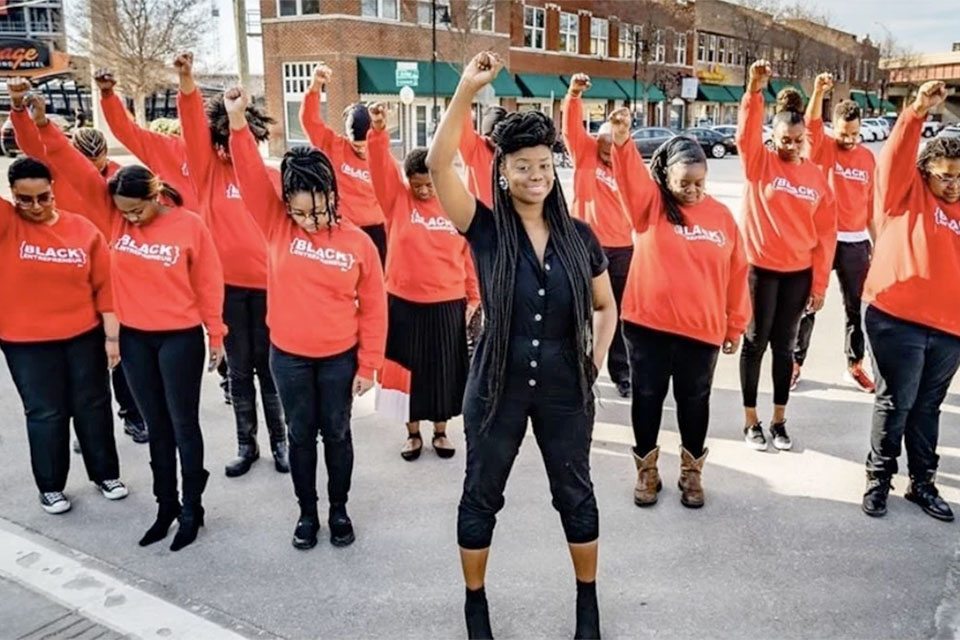 My Black Receipt is a movement dedicated to encouraging people to spend their money with Black businesses by asking them to upload receipts of their purchase. The initiative is being led by Kezia M. Williams, CEO of The Black upStart along with Torrence Reed, CEO of Zoom Technologies, Darryl Perkins, co-founder of Broccoli City, Talib Graves Manns, CEO of Knox Street Studios and 19 Keys, CEO of Goldewater.

The goal of the initiative is to quantify “how Black consumers and allies buy from Black-owned businesses as a collective...hold consumers who pledge to buy Black accountable” and publicly demonstrate the collective power of buying Black. According to the site, 90% of Black-owned businesses haven’t received Payment Protection Program Loans promised by the government as a result of the coronavirus pandemic, with 41% of these businesses projected to close permanently. Through the movement, organizers hope to galvanize grassroot consumer support to help these companies in a way government-sanctioned systems could not.

Beginning Juneteenth and lasting until July 6th, My Black Receipt encouraged consumers to “upload their impact,” by tracking their Black-owned purchases through the site, filling out simple demographic information, and uploading a picture of the purchase. To date, they have exceeded their goals with more than 18,000 consumers uploading their receipts.

Williams took to Instagram to share her excitement about the accomplishment, saying, “We just made history. I’m crying real tears. Look at God! This started as an idea just 35 days ago! Now 18,614 consumers later, My Black Receipt exceeded its goal of FIVE MILLION DOLLARS SPENT WITH BLACK OWNED BUSINESSES!”

As of 9 pm EST on July 6, the total spending count was up to $5,205,075.29, with numbers being updated every 10 minutes. Williams previously spoke to The Huffington Post about why it’s important to make buying Black more than just a trend. “We are starting to talk about how this technology can incentivize buying Black long-term, not just in response to protests, and how we can build community around the recirculation of the dollar using technology,” said Williams. She hopes that the data collected will help to provide necessary insight into spending habits, sectors, and cities as well as consumer preference between online and traditional shopping.

We just made history. I'm crying real tears. Look at God! This started as an idea just 35 days ago! 😭 Now 18,614 consumers later #MyBlackReceipt exceeded it's goal of 👏🏿 FIVE 👏🏿 MILLION 👏🏿 DOLLARS 👏🏿 SPENT 👏🏿 WITH 👏🏿 BLACK OWNED BUSINESSES! . . Just a few moments ago large invoices from Black female VC @arlanwashere and friends Deshuna at @kwelitv and Brandon with Rule Enterprises @b_rule sent us past $5 million with hours to spare. . Thanks to ALL of YOU for submitting YOUR receipts . WE MADE HISTORY!!! The first ever Buy Black movement quantified, and the first digital Black Wall Street built with actual dollars spent with Black businesses YOU CHOSE in physical & digital neighborhoods across the world! You built this foundation. And, our foundation is strong because of YOU! . . And, we are still counting!! Let's not stop at $5 million!! . Thank you so MUCH to these King Strategists 🤴🏾 @600000minutes 🤴🏾 @dperk 🤴🏾 @19_keys . Dream Team of Queens fielded 1,000+ help desk requests, managed 8000+ biz directory: @ashh_ma @miss_e_12 . @torrencereed3 is the bossiet tech lead who made my vision to quantify digital Black Wall Street real. . Look what we did, TOGETHER! . @keziamw #ProfessorKez

“Thanks to all of you for submitting your receipts...The first ever buy Black movement quantified, and the first digital Black Wall Street built with actual dollars spent with Black businesses you chose in physical and digital neighborhoods across the world! You built this foundation. And our foundation is strong because of you!,” Williams continued on social media.

My Black Receipt plans to release a report following the end of the campaign, that helps to aggregate the data. To learn more about the movement visit www.myblackreceipt.com.