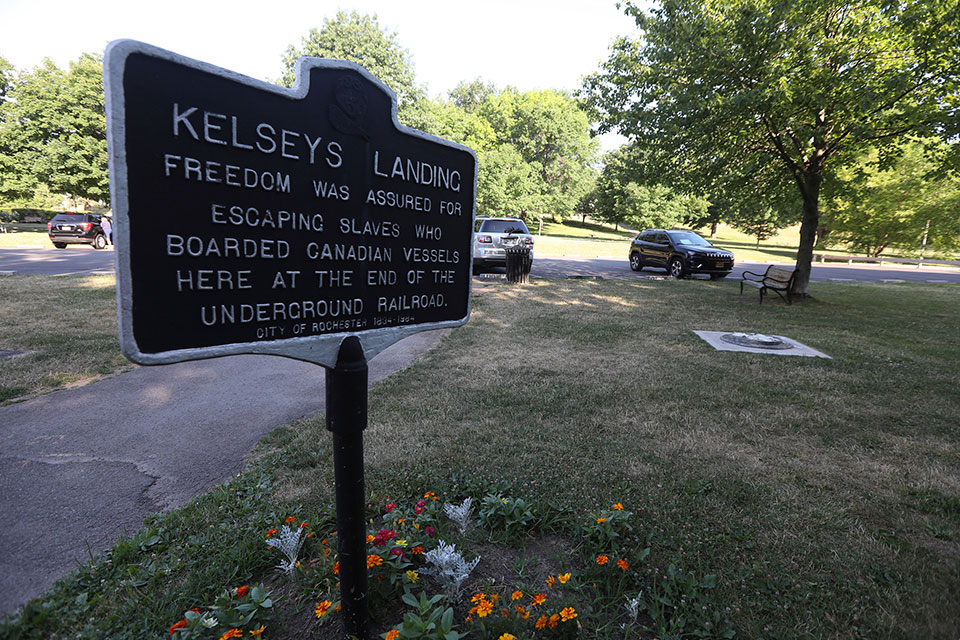 ROCHESTER, N.Y. (AP) — Police in Rochester were trying to determine Monday who ripped a statue of abolitionist Frederick Douglass from its base on the anniversary of one of his most famous speeches, delivered in the upstate New York city in 1852.

The statue of Douglass was taken on Sunday from Maplewood Park, a site along the Underground Railroad where Douglass and Harriet Tubman helped shuttle slaves to freedom. The statue was found at the brink of the Genesee River gorge about 50 feet (15 meters) from its pedestal, police said. There was damage to the base and a finger. 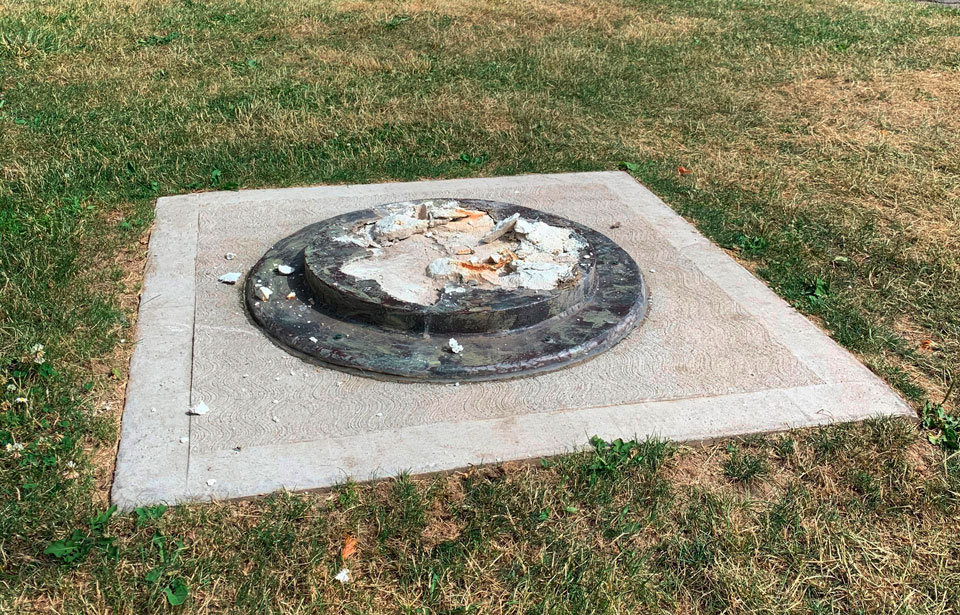 This photo provided by WROC-TV shows the remnants of a Frederick Douglass statue ripped from its base at a park in Rochester, N.Y., Sunday, July 5, 2020. The statue of abolitionist Douglass was ripped on the anniversary of one of his most famous speeches, delivered in that city in 1852. (Ben Densieski/WROC-TV via AP)As President Donald Trump and others pointed at possible culprits, Rochester Police Chief La’Ron Singletary cautioned that investigators still don't why the “disheartening” act of vandalism occurred.

“Right now, for me to guess would be pure speculation,” Singletary told reporters at a news conference.

In Rochester on July 5, 1852, Douglass gave the speech “What to the Slave is the Fourth of July,” in which he called the celebration of liberty a sham in a nation that enslaves and oppresses its Black citizens. 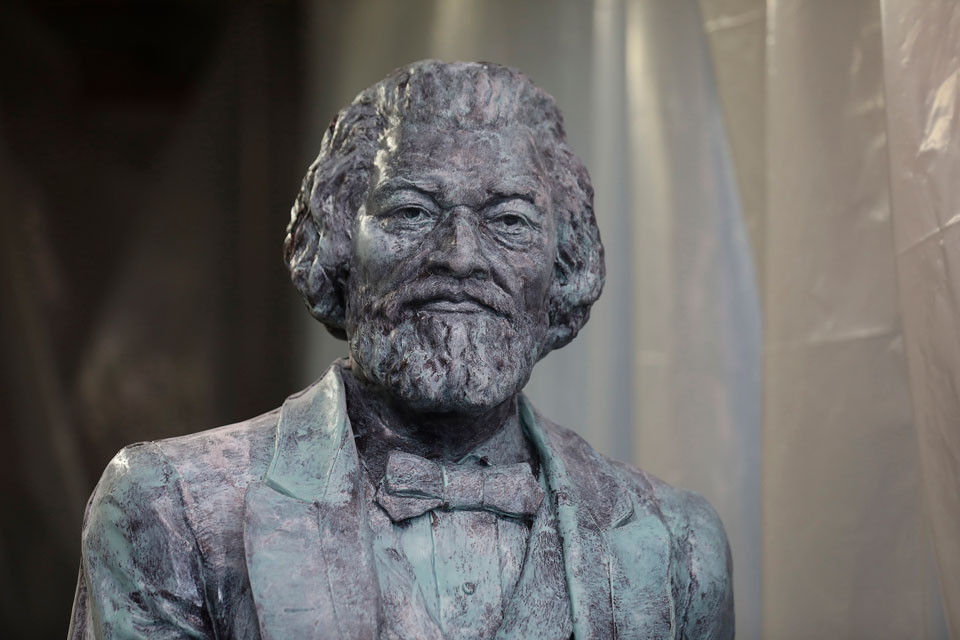 A replica of a statue of Frederick Douglass sits in the studio of Olivia Kim, a sculptor who worked on finishing three replicas, July 16, 2018 in her Rochester, N.Y. studio. A statue of abolitionist Frederick Douglass has been ripped from its base in Rochester on the anniversary of one of his most famous speeches. Police say the statue of Douglass was taken from Maplewood Park and placed near the Genesee River gorge on Sunday, July 5, 2020. (Tina MacIntyre-Yee/Democrat & Chronicle via AP)To a slave, Douglass said, Independence Day is “a day that reveals to him, more than all other days in the year, the gross injustice and cruelty to which he is the constant victim.”

Carvin Eison, a leader of the project that brought the Douglass statue to the park, told the Rochester Democrat & Chronicle another statue will take its place because the damage is too significant.

"Is this some type of retaliation because of the national fever over confederate monuments right now? Very disappointing, it’s beyond disappointing,” Eison told WROC.

Statues depicting Confederate leaders have been toppled or vandalized recently around the nation. But the destruction of a statue honoring the famous abolitionist set off a round of public mourning and finger-pointing on social media.

Trump on Monday tweeted a link to an article about the vandalism and said, without providing evidence, that it “shows these anarchists have no bounds!”