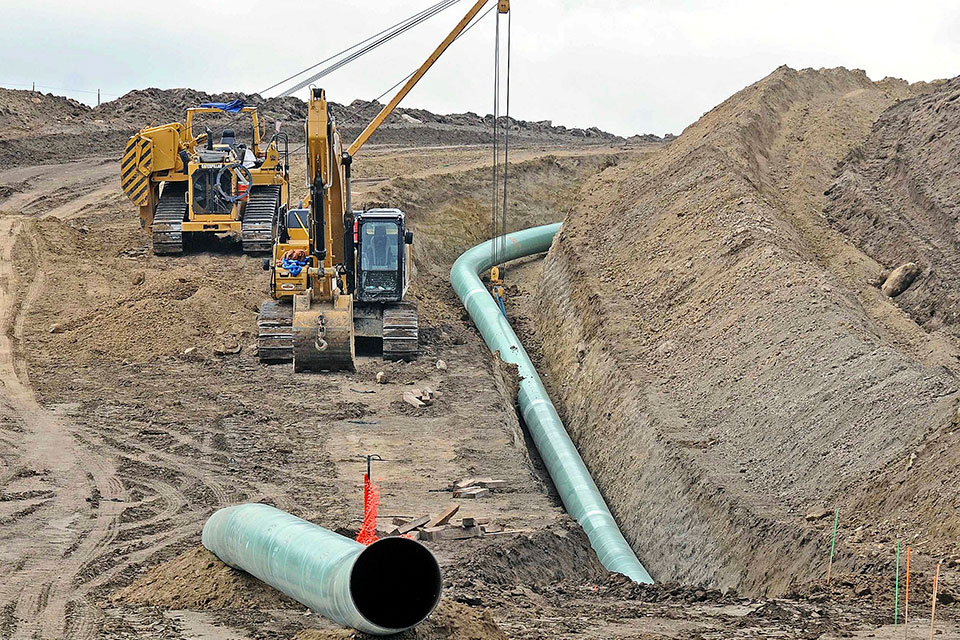 FARGO, N.D. (AP) — A judge on Monday ordered the Dakota Access pipeline shut down for additional environmental review more than three years after it began pumping oil — handing a victory to the Standing Rock Sioux Tribe and delivering a blow to President Donald Trump’s efforts to weaken public health and environmental protections it views as obstacles to businesses.

In a 24-page order, U.S. District Judge James Boasberg in Washington, D.C., wrote that he was “mindful of the disruption" that shutting down the pipeline would cause, but that it must be done within 30 days. Pipeline owner Energy Transfer plans to ask a court to halt the order and will seek an expedited appeal, spokeswoman Vicki Granado said.

NEPA error, not a simple fix

The order comes after Boesberg said in April that a more extensive review was necessary than what the U.S. Army Corps of Engineers already conducted and that he would consider whether the pipeline should be shuttered during the new assessment.

“The Court does not reach its decision with blithe disregard for the lives it will affect,” Boasberg wrote Monday.

“Yet, given the seriousness of the Corps’ NEPA (National Environmental Policy Act) error, the impossibility of a simple fix, the fact that Dakota Access did assume much of its economic risk knowingly, and the potential harm each day the pipeline operates, the Court is forced to conclude that the flow of oil must cease,” he added.

The findings may challenge the legal footing for the Trump administration’s most momentous environmental rollbacks. Trump surrounded himself with industry leaders and workers in hard hats this January when he announced plans to overhaul the rules for enforcing NEPA. 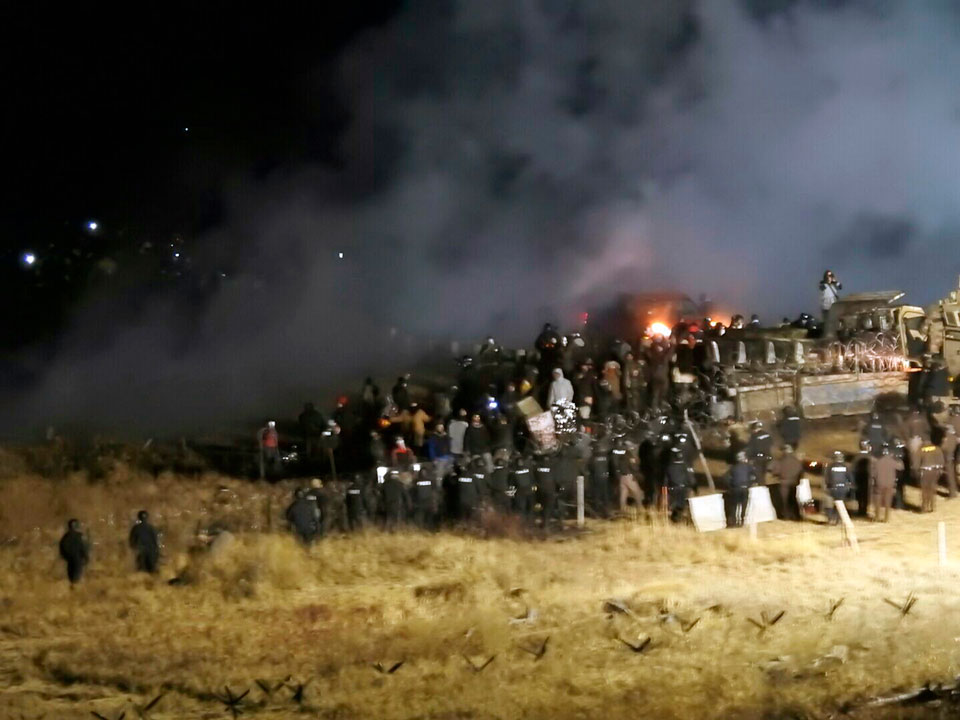 In this Nov. 20, 2016 file photo, provided by Morton County Sheriff's Department, law enforcement and protesters clash near the site of the Dakota Access pipeline on Sunday, Nov. 20, 2016, in Cannon Ball, N.D. A federal judge on Monday, July 6, 2020 sided with the Standing Rock Sioux Tribe and ordered the Dakota Access pipeline to shut down until more environmental review is done. (Morton County Sheriff's Department via AP, File)The Dakota Access pipeline was the subject of months of protests in 2016 and 2017, sometimes violent, during its construction near the Standing Rock Sioux Reservation that straddles the North Dakota-South Dakota border. The tribe pressed litigation against the pipeline even after it began carrying oil from North Dakota across South Dakota and Iowa and to a shipping point in Illinois in June 2017.

The $3.8 billion, 1,172-mile (1,886 kilometer) pipeline crosses beneath the Missouri River, just north of the reservation. The tribe draws its water from the river and fears pollution.

“This pipeline should have never been built here.

"We told them that from the beginning,” Standing Rock Sioux Chairman Mike Faith said in a statement.

“The economic implications of the Judge’s order are too big to ignore and we will do all we can to ensure its continued operation,” she said. “Billions of dollars in tax and royalty revenue will be lost by state, local and tribal governments in North Dakota, South Dakota, Iowa and Illinois. Farmers will suffer as crude transportation will move to rail, displacing corn, wheat and soy crops that would normally be moved to market. Ironically, the counties along these rail lines will face increased environmental risks due to the increased amount of crude oil traveling by rail.”

Ron Ness, president of the North Dakota Petroleum Council, decried what he called a “shocking” ruling and noted that the pipeline is moving 570,000 barrels of Bakken oil a day.

Before the coronavirus pandemic devastated the U.S. oil industry, daily oil production in North Dakota — the nation’s No. 2 oil producer behind Texas — was at a near-record 1.45 million barrels daily. The state’s output slipped to below 1 million barrels daily in May amid low energy prices and sparse demand.

Permits for the project were originally rejected by the Obama administration, and the Army Corps of Engineers prepared to conduct a full environmental review. In February 2017, after Trump took office, the Corps scrapped the review and granted permits, concluding that running the pipeline under the Missouri River posed no significant environmental issues.

The Corps said that opinion was validated after an additional year of review, as ordered by Boasberg, an Obama appointee, in 2017.

Boasberg ruled then that the Corps “largely complied” with environmental law when permitting the pipeline but ordered more review because he said the agency did not adequately consider how an oil spill under the Missouri River might affect the Standing Rock Sioux’s fishing and hunting rights, or whether it might disproportionately affect the tribal community.