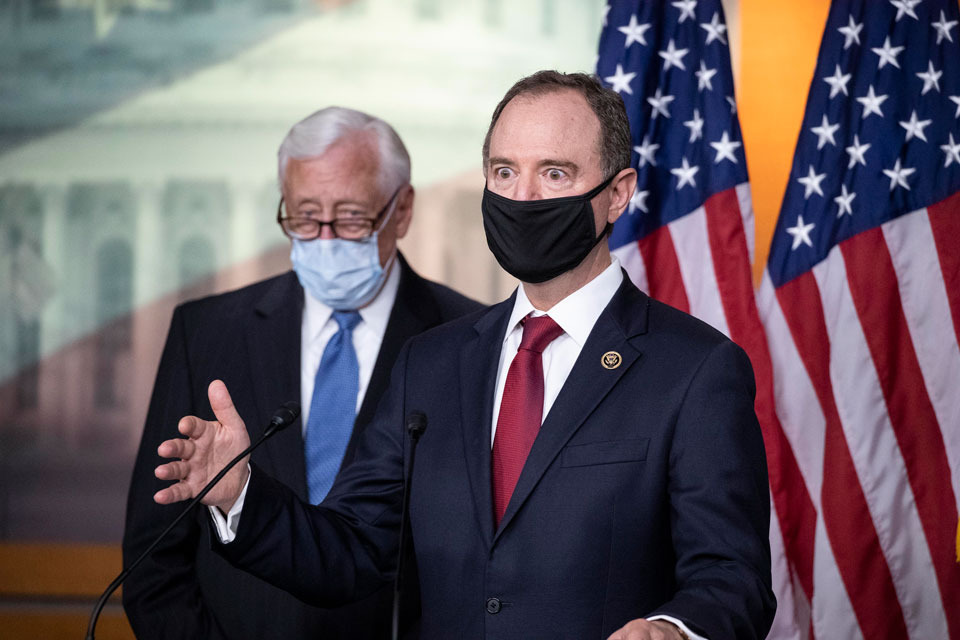 WASHINGTON (AP) — House Democrats returning from a briefing at the White House Tuesday said they still have many questions about explosive allegations that Russia offered bounties to Taliban-linked militants for killing American troops in Afghanistan and questioned why President Donald Trump won't condemn Vladimir Putin over the issue.

Majority Leader Steny Hoyer and a small group of other House Democrats met with White House officials as Trump downplayed the allegations and the White House said he had not been briefed on them. A handful of Republicans received a similar briefing Monday evening.

The Democrats said their briefing was insufficient and they learned nothing new. Hoyer said it was White House officials giving “their perspective" when lawmakers really need to hear from members of the intelligence community.

House Intelligence Committee Chairman Adam Schiff said, "The right people to give the briefing really were not in the room.”

The intelligence assessments on the Russian bounties came amid Trump’s push to withdraw the U.S. from Afghanistan. They suggested Russia was making overtures to militants as the U.S. and the Taliban held talks to end the long-running war. The assessment was first reported by The New York Times, then confirmed to The Associated Press by American intelligence officials and others with knowledge of the matter. 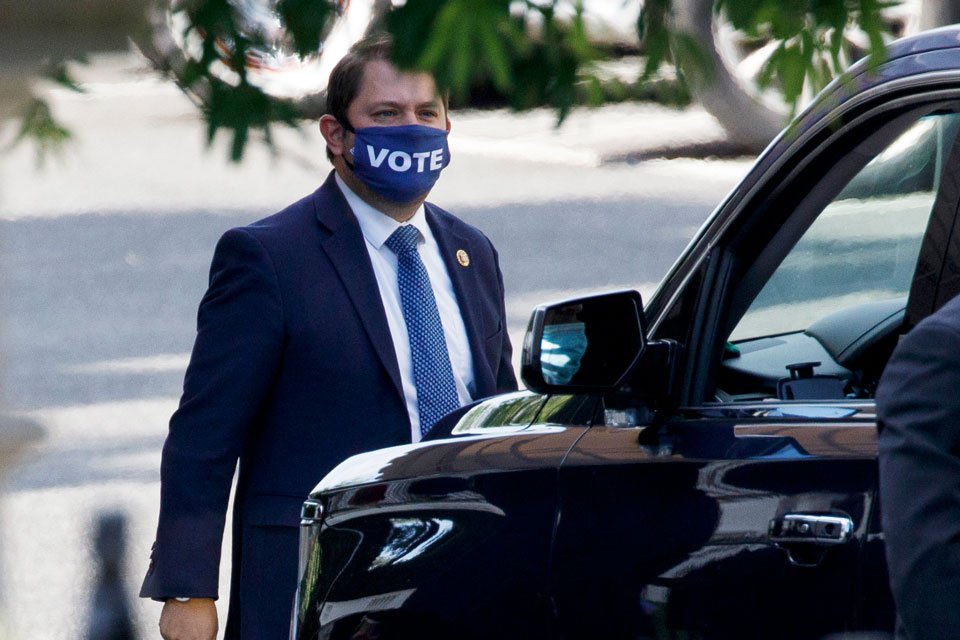 Schiff said it was “inexplicable” why Trump won't say publicly that he is working to get to the bottom of the issue and why he won't call out Russian President Putin. He said Trump's defense that he hasn't been briefed is inexcusable.

“Many of us do not understand his affinity for that autocratic ruler who means our nation ill," Schiff said.

House Speaker Nancy Pelosi did not attend the briefing but said Monday — as she often does — that “all roads lead to Putin” when it comes to Trump.

Senate Republicans returning to Washington on Monday evening said they had strong concerns about the reports. Many said they wanted more answers. West Virginia Sen. Shelley More Capito said that Congress needs to get to the truth, because the allegations are “horrifying if true.”

White House press secretary Kayleigh McEnany has repeatedly insisted Trump wasn't briefed on the findings because they hadn’t been verified. The White House seemed to be setting an unusually high bar for bringing the information to Trump, since it is rare for intelligence to be confirmed without a shadow of doubt before it is presented to senior government decision-makers.

McEnany declined to say why a different standard of confidence in the intelligence applied to briefing lawmakers than bringing the information to the president.

Some Republicans still have questions

Some Republicans who were briefed by the White House on Monday also said they left with questions.

Rep. Liz Cheney of Wyoming and Texas Rep. Mac Thornberry, the top Republican on the Armed Services Committee, said, “After today’s briefing with senior White House officials, we remain concerned about Russian activity in Afghanistan, including reports that they have targeted U.S. forces.”

Senators reviewed classified documents related to the allegations Monday evening, including information that was not previously known, according to one aide who was not authorized to discuss the matter publicly and spoke on the condition of anonymity. It was unclear what was contained in the documents.

Nebraska Republican Ben Sasse, a member of the Senate intelligence committee, said that Congress should focus on finding out who knew what, and when, “and did the commander in chief know? And if not, how the hell not?”

Others downplayed the matter.

“I don’t think it’s should be a surprise to anybody that the Taliban’s been trying to kill Americans and that the Russians have been encouraging that, if not providing means to make that happen,” said Texas Sen. John Cornyn, also a member of the intelligence panel. “Intelligence committees have been briefed on that for months, so has Nancy Pelosi, so has (Democratic Senate leader) Chuck Schumer. So, this is, this is a more leaks and partisanship.”

The intelligence community has been investigating an April 2019 attack on an American convoy that killed three U.S. Marines after a car rigged with explosives detonated near their armored vehicles as they traveled back to Bagram Airfield, the largest U.S. military installation in Afghanistan, officials told the AP.

Three other U.S. service members were wounded in the attack, along with an Afghan contractor. The Taliban claimed responsibility for the attack. The officials the AP spoke to also said they were looking closely at insider attacks — sometimes called “green-on-blue” attacks — from 2019 to determine if they are also linked to Russian bounties.

One official said the administration discussed several potential responses, but the White House has yet to authorize any step.

Intelligence officials told the AP that the White House first became aware of alleged Russian bounties in early 2019 — a year earlier than had been previously reported. The assessments were included in one of Trump’s written daily briefings at the time, and then-National Security Adviser John Bolton told colleagues he had briefed Trump on the matter. Bolton declined to comment, and the White House did not respond to questions on the matter.

The intelligence officials and others with knowledge of the matter insisted on anonymity to discuss the highly sensitive matter.

The White House National Security Council wouldn’t confirm the assessments but said the U.S. receives thousands of intelligence reports daily that are subject to strict scrutiny.

Trump’s Democratic general election rival, former Vice President Joe Biden, accused the president Monday of a “betrayal” of American troops in favor of “an embarrassing campaign of deferring and debasing himself before Putin.”

“I’m disgusted,” Biden told donors, as he recalled his late son Beau’s military service. Families of service members, Biden said, “should never, ever have to worry they’ll face a threat like this: the commander in chief turning a blind eye.”

Asked about the reports on the alleged bounties, Putin’s spokesman Dmitry Peskov said Monday, “These claims are lies.”