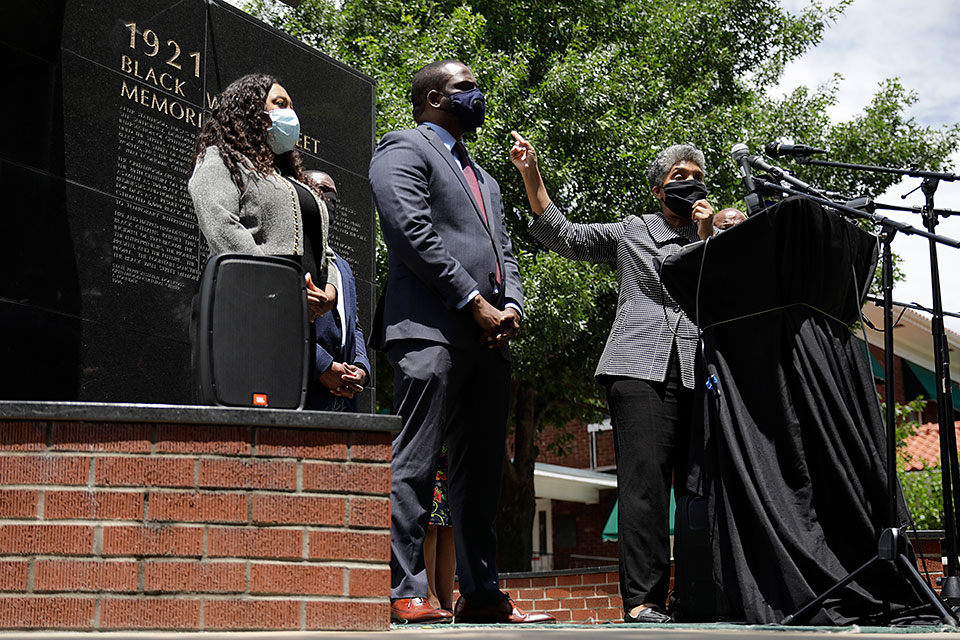 President Donald Trump didn't know the significance to Black Americans of the date and location he chose for his first campaign rally since the coronavirus pandemic more than three months ago, key Republican supporters of the president in Congress said Sunday.

Trump had scheduled the rally for June 19, known as Juneteenth because it marks the end of slavery in the United States. Tulsa, Oklahoma, the location for the rally, was the scene in 1921 of one of the most severe White-on-Black attacks in American history. 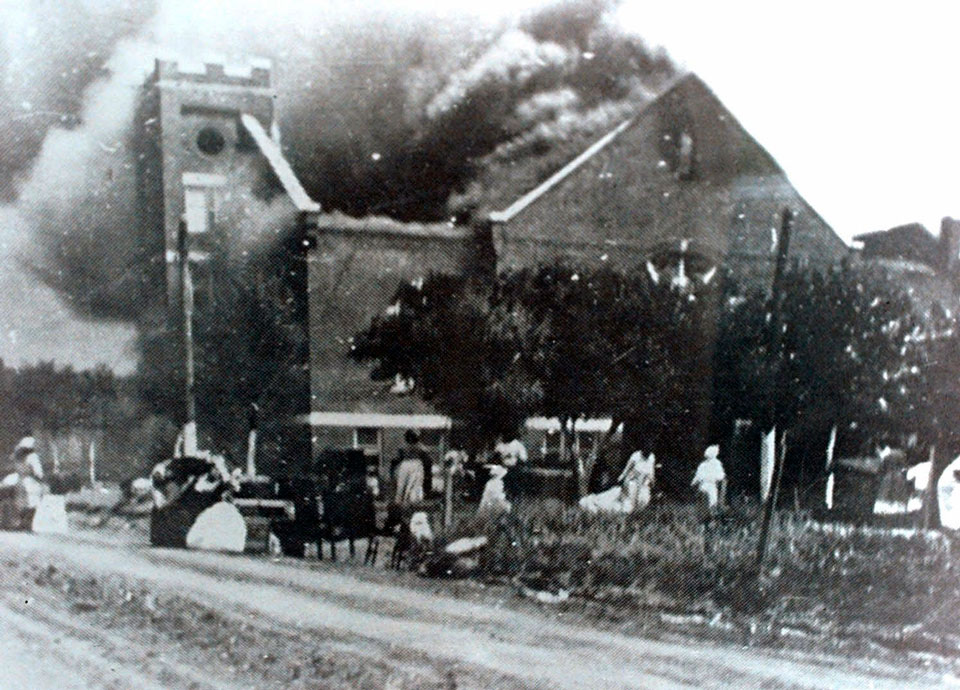 In this 1921 file image provided by the Greenwood Cultural Center via Tulsa World, Mt. Zion Baptist Church burns after being torched by white mobs during the 1921 Tulsa massacre. Black community and political leaders called on President Donald Trump to at least change the Juneteenth date for a rally kicking off his return to public campaigning, saying Thursday, June 11, 2020. From Sen. Kamala Harris of California to Tulsa civic officials, black leaders said it was offensive for Trump to pick that date — June 19 — and that place — Tulsa, an Oklahoma city that in 1921 was the site of a fiery and orchestrated white-on-black killing spree. (Greenwood Cultural Center via Tulsa World via AP)Black community and political leaders denounced the move and called on Trump to reschedule. He resisted until late Friday when, in a rare turnabout, Trump tweeted that he had moved the rally to this Saturday, June 20, out of respect for the view of supporters and others who had asked him to.

“There's special sensitivities there in Tulsa, but Juneteenth is a very significant day, so my encouragement to the president was to be able to pick a day around it,” Sen. James Lankford, R-Okla., said Sunday. Lankford said he was among several people who had spoken with Trump.

Lankford said he had called Trump on an unrelated matter and that Trump broached the issue. He said Trump told him he was thinking about rescheduling and asked Lankford's opinion.

“I suggested, ‘Yes, I think that would be a great idea. It would be very, very respectful to the community,'" Lankford said. He said Trump immediately said he didn't want to do anything that would show disrespect to the Black community.

“He didn't see it as disrespectful to be able to do it on Juneteenth,” Lankford said.

“Other people interpreted it differently and so he moved the rally date.”

Sen. Tim Scott, R-S.C., said he was “thankful” that Trump rescheduled the rally. 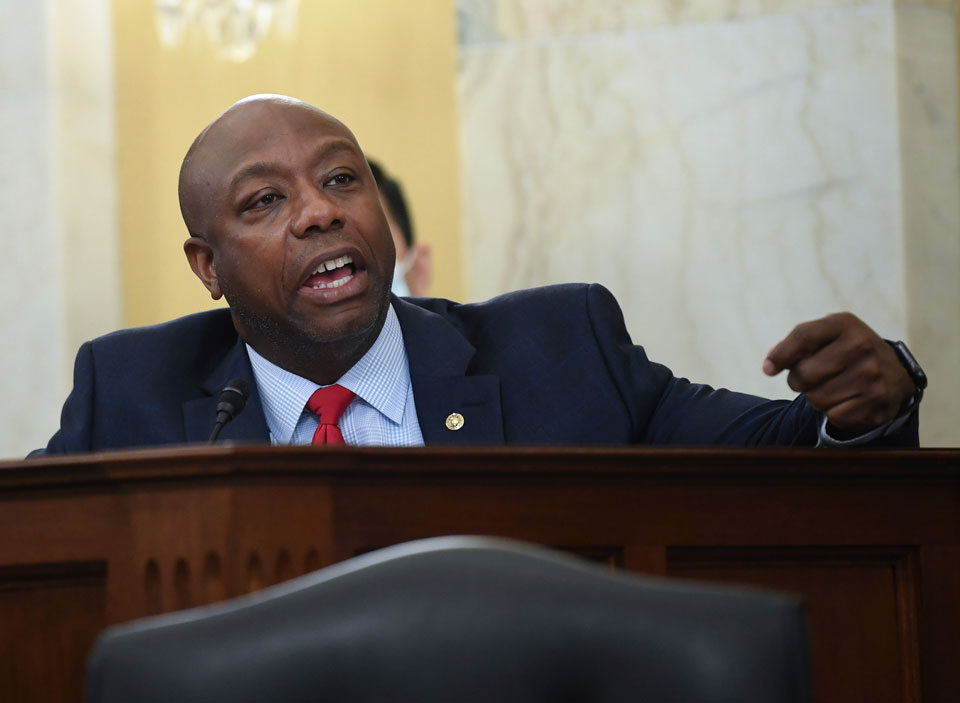 Sen. Tim Scott, R-S.C., speaks during a Senate Small Business and Entrepreneurship hearing to examine implementation of Title I of the CARES Act, Wednesday, June 10, 2020 on Capitol Hill in Washington. (Kevin Dietsch/Pool via AP)"The president moving the date by a day once he was informed on what the Juneteenth was, that was a good decision on his part," said Scott, the only Black Republican senator.

Housing Secretary Ben Carson said he was “pleasantly surprised” at how much Trump knew about Juneteenth by the time they talked about it. He said “it's probably good” the rally was rescheduled.

Carson, who is Black, suggested Trump was considering delivering remarks to “acknowledge what had happened there and why we don't want that kind of situation to ever occur in this country again.”

Scott said it wasn't clear to him that Trump's planners understood the significance of June 19.

But Trump's campaign was aware, according to two campaign officials, who spoke on condition of anonymity to disclose internal discussions.

When the date was discussed, it was noted that Democratic presidential nominee Joe Biden had held a fundraiser in 2019 on Juneteenth. Although selecting June 19 was not meant to be incendiary, some pushback was expected, the Trump campaign officials said. But they were caught off guard by the intensity and, in particular, the link to the 1921 massacre.

Trump had been under pressure over his response to civil unrest following the death of George Floyd, a Black man, by a white Minneapolis police officer at the time his return to campaign rallies was announced, including tweets that were interpreted as insensitive to African Americans.

Republicans to disregard another significant day in Black history

Trump and the Republican Party are also facing criticism for arranging for Trump to formally accept his party's nomination for reelection in Jacksonville, Florida, on Aug. 27 — a day remembered as Ax Handle Saturday in the city.

On that day 60 years ago, a group of young Black men and women had just dispersed from a peaceful protest in downtown Jacksonville when a mob of Whites began indiscriminately clubbing African Americans.

The anniversary will be commemorated in a public square across from City Hall — on the same day as Trump's televised address.

Lankford was interviewed on CNN's “State of the Union,” Scott appeared on CBS' “Face the Nation” and Carson spoke on ABC's “This Week.”