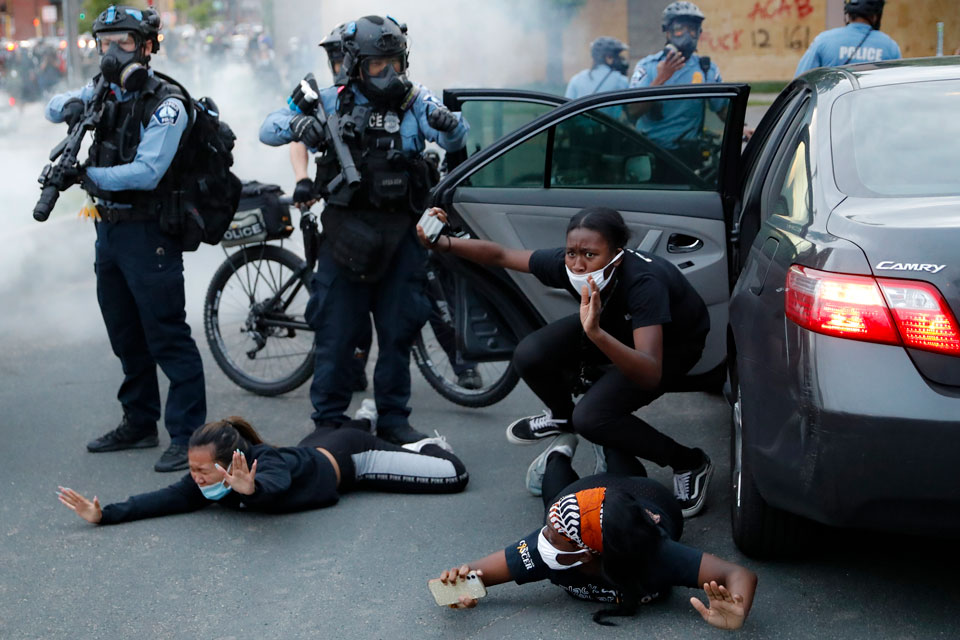 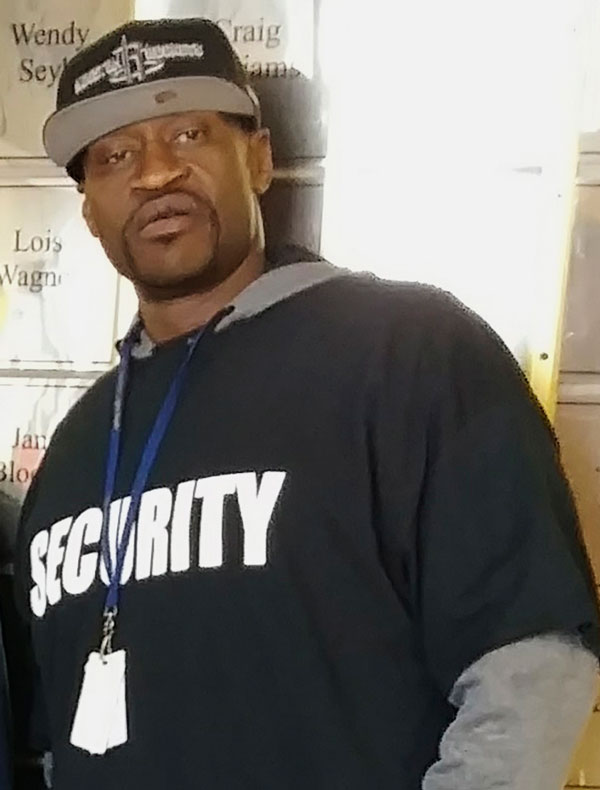 This undated file photo provided by Christopher Harris shows George Floyd. Floyd died May 25, after he was pinned to the pavement by a police officer who put his knee on the handcuffed Black man's neck until he stopped breathing. (Christopher Harris via AP, File)MINNEAPOLIS (AP) — A medical examiner on Monday classified George Floyd’s death as a homicide, saying his heart stopped as police restrained him and compressed his neck, in a widely seen video that has sparked protests across the nation.

Under "other significant conditions” it said Floyd suffered from heart disease and hypertension, and listed fentanyl intoxication and recent methamphetamine use. Those factors were not listed under cause of death.

A Minneapolis police officer was charged last week with third-degree murder in Floyd’s death, and three other officers were fired. Bystander video showed the officer, Derek Chauvin, holding his knee on Floyd’s neck despite the man's cries that he can't breathe until he eventually stopped moving.

A separate autopsy commissioned for Floyd’s family also called his death a homicide. It concluded that he died of asphyxiation due to neck and back compression, said the family’s attorney, Ben Crump, who called for the charge against Chauvin to be upgraded to first-degree murder and for three other officers to be charged. He didn't say what the charges against the other officers should be.

That autopsy, by a forensic pathologist who also examined Eric Garner’s body, found the compression cut off blood to Floyd’s brain, and that the pressure of other officers' knees on his back made it impossible for him to breathe, Crump said.

Both the medical examiner and the family’s experts differed from the description in last week’s criminal complaint against the officer of how Floyd died. The complaint, citing preliminary findings from the medical examiner, listed the effects of being restrained, along with underlying health issues and potential intoxicants in Floyd’s system. But it also said nothing was found “to support a diagnosis of traumatic asphyxia or strangulation.” Neither side has released its full autopsy report so far.

The family's autopsy found no evidence of heart disease and concluded he had been healthy. 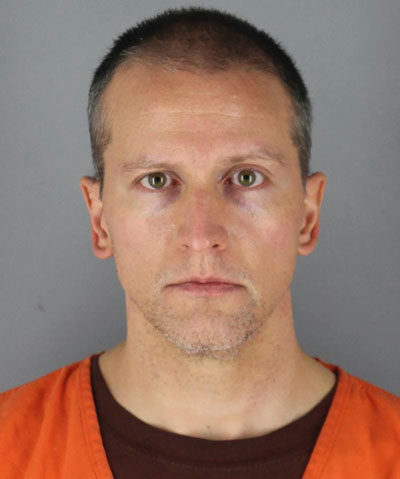 This May 31, 2020 photo provided by the Hennepin County Sheriff shows Derek Chauvin, who was arrested Friday, May 29, in the Memorial Day death of George Floyd. Chauvin was charged with third-degree murder and second-degree manslaughter after a shocking video of him kneeling for several minutes on the neck of Floyd, a Black man, set off a wave of protests across the country. (Hennepin County Sheriff via AP)Floyd, a Black man who was in handcuffs at the time, died after Chauvin, who is White, ignored bystander shouts to get off Floyd and Floyd's cries that he couldn't breathe. His death sparked days of protests in Minneapolis and around America.

The complaint provided no details about intoxicants. In the 911 call that drew police, the caller described the man suspected of paying with counterfeit money as “awfully drunk and he’s not in control of himself.”

Floyd’s family and attorneys, like the families of other Black men killed by police, commissioned their own autopsy because they didn’t trust local authorities to produce an unbiased report.

The family's autopsy was done by Michael Baden and Allecia Wilson. Baden is the former chief medical examiner of New York City, and was hired to do an autopsy of Garner, a Black man who died in 2014 after New York police placed him in a chokehold and he pleaded that he could not breathe.

Baden also did an autopsy at the family's request for Michael Brown, an 18-year-old shot by police in Ferguson, Missouri. He said Brown didn’t reveal signs of a struggle, casting doubt on a claim by police that a struggle between Brown and the officer led to the shooting.

Dr. Judy Melinek, a forensic pathologist from the San Francisco Bay area who blogs about the subject and is not connected with the case, said the key difference between the medical examiner's conclusions and those of Baden and Walker are the official finding of “significant” conditions for Floyd, including heart disease and drugs in his system.

Baden and Wilson acknowledged on a conference call with reporters that they didn't have access to the tissue samples that the medical examiner kept that might have given more information on his health. Nor did they have their own toxicology results yet.

Melinek said it's not unusual for different pathologists to reach different determinations, given that they may be looking at different information and that they've had different experiences and training.

Under the law, a medical examiner determines the cause and manner of death, but it's up to prosecutors to decide whether criminal charges are warranted. The term homicide means only that a person's death was caused by another person.

Other three officers not charged

Chauvin, who was also charged with manslaughter, is being held in a state prison. The other three officers on scene, like Chauvin, were fired the day after the incident but have not been charged.

The head of the Minneapolis police union said in a letter to members that the officers were fired without due process and labor attorneys are fighting for their jobs. Lt. Bob Kroll, the union president, also criticized city leadership, saying a lack of support is to blame for the days of sometimes violent protests.

When asked to respond, Mayor Jacob Frey said Kroll's opposition to reform and lack of empathy for the community has undermined trust in the police.

Gov. Tim Walz announced Sunday that Attorney General Keith Ellison would take the lead in any prosecutions in Floyd's death. Local civil rights activists have said Hennepin County Attorney Mike Freeman doesn't have the trust of the Black community. They have protested outside his house, and pressed him to charge the other three officers.

Freeman remains on the case.