AMERICAN DIARY: To be Black and a Journalist at this Moment 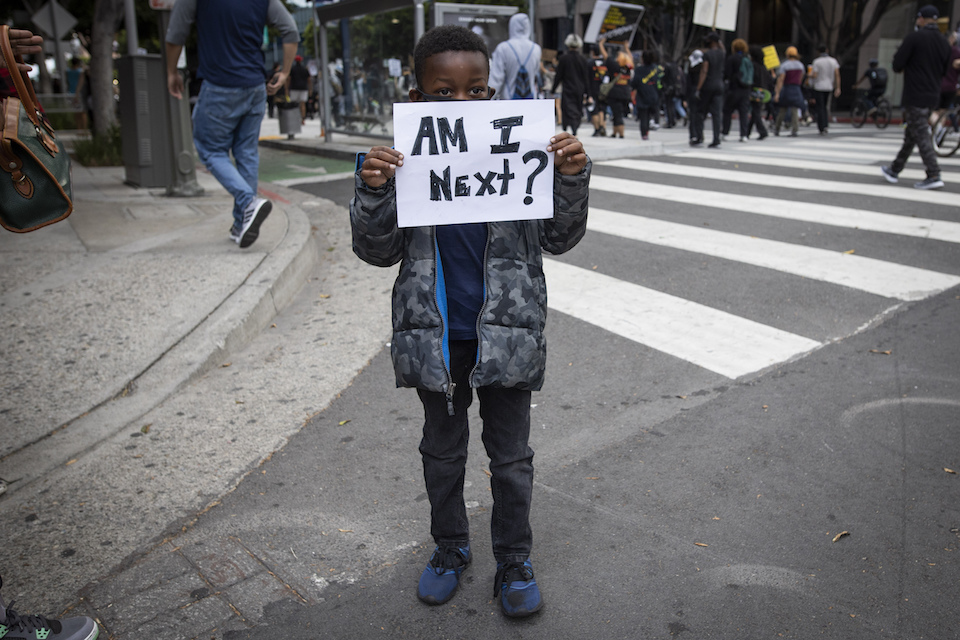 To many Americans, “space” means leaving the Earth’s atmosphere and exploring the galaxy. They think of this weekend’s SpaceX launch. Or going where no one has gone before on “Star Trek.”

But the concept of space has a different meaning for African Americans. It’s about finding places in American society — white society — where we are free to just be. Those spaces have been shrinking in recent months. With the flames lit in Minneapolis spreading to other cities after yet another black man’s death, it felt like only an airhole was left.

I am tired. Tired of how routine violence against African Americans at the hands of white people has been and continues to be. Angry as a journalist that this has happened so often that we all know the angles that must be covered, the questions to be asked, the stories to be written. Angrier still that as an African American journalist, I must explain, again and again, how dehumanizing this all is.

And I think: Is doing this kind of job enough? Shouldn’t I be doing something to stop the racism, the violence against us?

For years, my identities as an African American and a journalist have been in sync. Growing up, I was curious (my family would say nosy). I read my hometown newspaper religiously and watched the evening news. I especially loved how journalists used facts to shine a light on the world’s injustices while also telling stories people needed to know to make decisions in their lives. As a teenager, I attended a two-week minority journalism workshop and my career choice was set.

But in recent times, the dissonance between the two parts of me has grown louder.

I woke up Tuesday morning to video of George Floyd, a handcuffed man, struggling for breath while a police officer pressed a knee into his neck for several minutes even after he stopped moving and pleading for air. Bystanders captured the video and can be heard increasingly pleading with the officer, Derek Chauvin, and three others to come to his aid.

I heard echoes of Eric Garner repeated. “I can’t breathe,” said George Floyd. My heart broke. And I cried. But as a journalist, I had to put my individual feelings on the back burner.

I immediately shared that horrible video to make sure my colleagues were responding to the story quickly and covering the anger arising online, on the streets of Minneapolis and beyond. I did my part. But inside, I went from anger to rage to exhaustion.

The week’s misery had begun on Memorial Day when a black man asked a white woman in Central Park to leash her dog. Birdwatcher Christian Cooper pulled out his phone. On it, he captured Amy Cooper calling police to report she was being threatened by “an African American man.”

In the words of Yogi Berra, it was deja vu all over again for black folks. Cooper was later fired by the investment firm where she worked.

The birdwatcher said he felt targeted — just like Ahmaud Arbery, a black jogger in Georgia. He was killed when a white father and son chased him through their neighborhood and shot him in February. No charges were filed until two months later, after video of the shooting leaked online.

On Friday, I awoke to the words of the president of the United States: “When the looting starts, the shooting starts,” he tweeted, summoning the civil rights era with a phrase used in the 1960s by a Miami police chief and by George Wallace, an aggressive segregationist.

No being me while black.

And all this while the coronavirus stalks black bodies, killing us disproportionately. Doctors talk about our illnesses, but they don’t delve into the systemic inequalities that bring them to bear. Being sick while black is dangerous, too.

There is one space where we are welcome: jobs that, during the pandemic, have been deemed essential. We keep subways and buses moving, grocery stores stocked, food delivery services humming while many white-collar workers stay home. And white men hang governors in effigy for not reopening fast enough as African American deaths rise.

Barack Obama, the nation’s first and only black president, tackled what getting back to normal means for African Americans in a statement Friday about George Floyd’s death.

“We have to remember that for millions of Americans, being treated differently on account of race is tragically, painfully, maddeningly 'normal,’” he said, “whether it’s while dealing with the health care system, or interacting with the criminal justice system, or jogging down the street, or just watching birds in a park.”

Part of me wants to go off and join the fight. To put aside my journalistic reserve and give full voice to my anger, my disappointment that my country doesn’t always live up to its lofty ideals of equality and justice. To build a brighter future like it seemed on “Star Trek,” where races, nationalities and even species lived together in mutual respect and Lt. Uhura’s presence as a respected, competent black officer assured little Amanda of her place among them.

But I’m doing my part right where I am. I’m telling stories that help readers understand the world around them. I’m sharing the voices of the unheard and holding those in power accountable. Just as important, I am working to make our newsrooms more accurately reflect the communities we cover and to make our storytelling and our decision-making more inclusive.

My voice is the voice of facts and context. My voice is the hope that they can bring the understanding and, eventually, the equality that my country’s founding documents promise.

My space is the newsroom.

Amanda Barrett is a deputy managing editor at The Associated Press in New York. Follow her on Twitter at http://twitter.com/AmandaB1201.