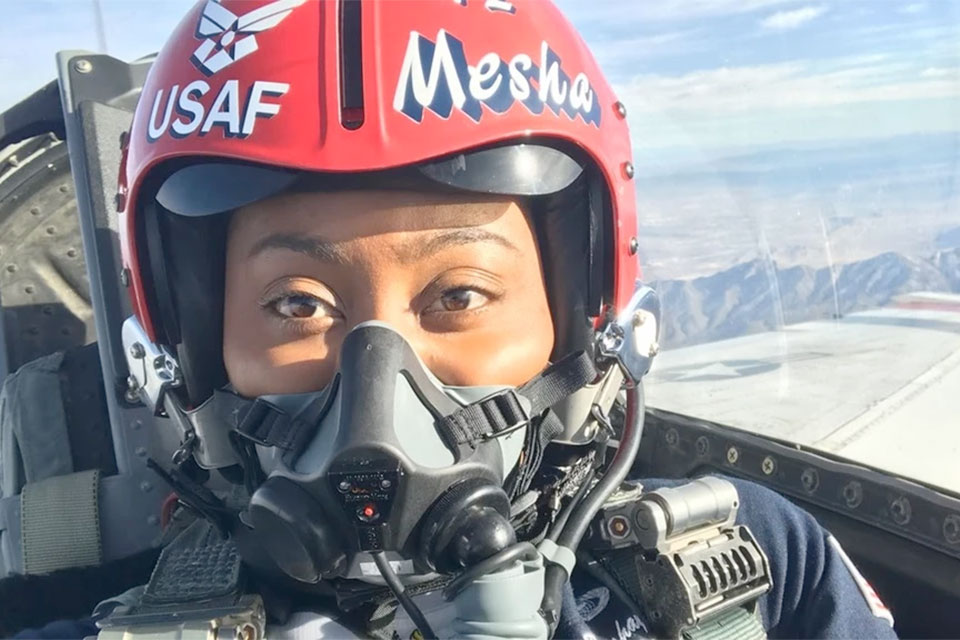 Captain Remoshay Nelson has served in the Air Force for the last eight years, primarily overseas. This is Nelson’s first season with the Air Force Thunderbirds squadron, an elite group of flyers who have only had 332 officers since its founding in 1953. Nelson’s rank as officer makes her the first Black woman with the title and only one of 12 with the position. A Georgia native, she credits her parents’ support and her time at Howard University with her desire to actually live the life she imagined.

“Even when people tell you no to your face, but your work shows where you should be, I think if you continue to work hard and go after what it is you want, you will achieve your dream. To be around people who look like me and instill a self-confidence in who I am, and walk into the world knowing where I come from and where my people come from, and where we can go, is invaluable,” Nelson said.

The Thunderbirds usual shows have been paused as a result of the coronavirus pandemic, but the squadron recently flew over Washington, D.C., Baltimore and Atlanta to honor all of the workers fighting on the frontlines. Nelson was among those flying the friendly skies and hopes that her accomplishments and the work of the Thunderbirds provides hope for everyone during these times.

“We have one life to live and so I want to do that by giving back and by showing people what is possible.

"Just to achieve as much as I can when I have the opportunity to do so. Where people can look up and have some type of hope during this time, to know we can get through this. The Thunderbirds are with them,” Nelson said.