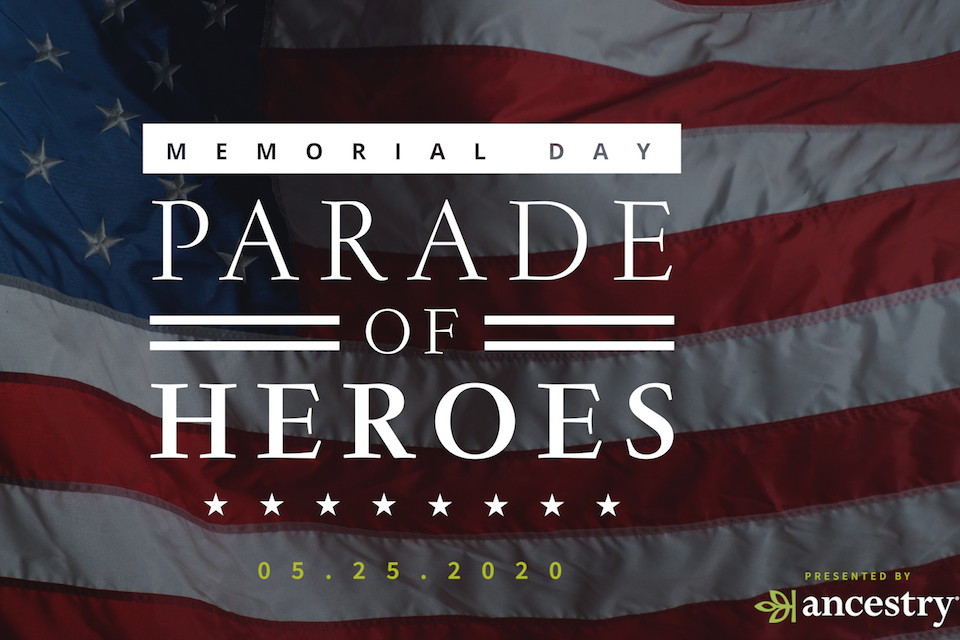 The genealogy firm Ancestry ® has organised a virtual event that will allow Americans to commemorate Memorial Day at home. The “Parade of Heroes,” will stream online on Monday, May 25 at 11 AM EST (8 AM PST) on Ancestry’s Facebook Page.

The Memorial Day virtual parade, will commemorate the 75th anniversary of the end of World War II, with life stories of strength and hope through exclusive veteran interviews and special tributes.

It will feature contributions from the Wounded Warrior Project, The Greatest GENERATIONS Foundation, Heroes of the Second World War, HISTORY®, and the veterans servce organisation TAPS, who have all teamed up with Ancestry to produce the joint tribute to those who sacrificed their lives to secure our freedom.

“There’s never been a more important time to honor our ancestors’ stories of triumph and to preserve the memory of WWII, one of the most significant events in world history,” said Margo Georgiadis, President and CEO of Ancestry.

“When we take time to learn about our ancestors, we give power to their stories and pay tribute to their service. We also can unlock inspiration to become stronger and more resilient ourselves.

The 45-minute Parade of Heroes will be streamed on the Ancestry Facebook Page and will be available after the event on Ancestry's website.

The “Parade of Heroes” will highlight stories that honor those lost, through interviews with veterans of all ages and the lost veterans’ families, including a special feature dedication to World War II given this year’s special 75th anniversary.

The program will also feature traditional American hymns by The Lincoln Way Marching Band from New Lenox, Illinois, celebrity cameo appearances and an inspiring educational platform of American history through the words and content of national veteran organizations and nonprofits.

“Too many of the warriors we serve have personally experienced loss on and off the battlefield. Along with them, we humbly pay our respects to those heroes that made the ultimate sacrifice.”

Dr. Kimberly Gilmore, lead historian and a senior vice-president at the Arts and entertainment network, said:

“History is proud to join with Ancestry to honor the memory of those who have served us so well,” said . “During challenging times, we can all be inspired by remembering that every person who has served our nation has a powerful story that can shed light on the history we share and the future we will build together.”

Ancestry is also working with Jewish War Veterans of the U.S.A. and Combined Arms to produce the program.

Following the livestream, Ancestry invites everyone to participate in the “Parade of Heroes” by sharing a picture or video on Instagram to commemorate who they are remembering this Memorial Day, using the hashtag #RememberAtHome.

Through its collection of U.S. military records for family history research, Ancestry is providing new ways for people to connect to the history of World War II by finding the veterans in their family tree who served our nation, and those who lived through this remarkable chapter in history.