Trump Dusts off Clinton Attacks Looking for Repeat of 2016 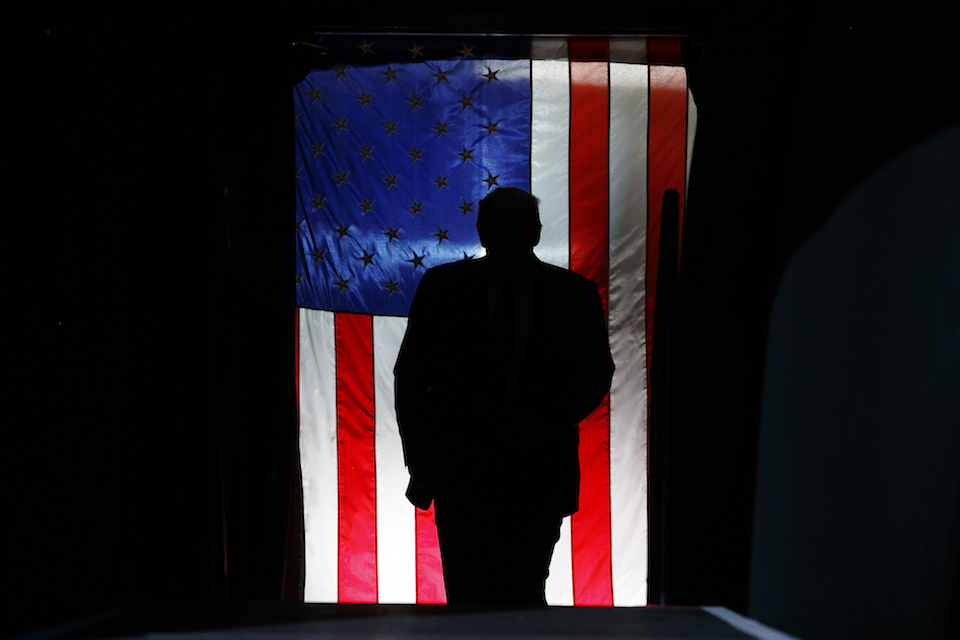 NEW YORK (AP) — Accusations of a “deep state” conspiracy. Allegations of personal and family corruption. Painting an opponent as a Washington insider not to be trusted.

Trump and his allies are dusting off the playbook that helped defeat Hillary Clinton, reviving it in recent days as they try to frame 2020 as an election between a dishonest establishment politician and a political outsider being targeted for taking on the system.

This time, however, the so-called outsider is the sitting president of the United States.

Eager to distract from the coronavirus pandemic that has killed more than 89,000 Americans and crippled the economy, Trump and his advisers have started their fog machine again, amplified by conservative media as it was during the Russia probe and impeachment investigation.

Their latest target: the president’s likely general election foe, Joe Biden, in an urgent effort to drive up his negative approval ratings less the six months before the election.

The strategy already centered on playing up allegations that Biden’s son, Hunter, profited off the vice presidency.

Trump recently added Biden’s ties to China, the country the White House now squarely blames for the spread of COVID-19. And it kicked into overdrive last week when Trump seized upon revelations that Biden was informed of the investigation of ties between Russia and Michael Flynn, a senior Trump official, as evidence of a plot to undermine a presidency before it began.

Flynn’s so-called unmasking, a common request by a government official for an intelligence agency to identify someone in contact with a foreigner under surveillance, became the centerpiece of unprecedented attacks by Trump on his predecessor.

Trump said, without evidence, that Barack Obama — and, by extension, his vice president — had perpetrated the “greatest political scam, hoax in the history of our country."

“This was all Obama. This was all Biden. These people were corrupt — the whole thing was corrupt — and we caught them,” Trump said. “People should be going to jail for this stuff.”

The Biden campaign quickly pushed back, denying wrongdoing and noting the routine practice of unmasking to help officials understand intelligence.

They're painting Trump's reaction as a tired play that will have little effect on voters who've watched three years of a scattershot presidency now struggling to handle the pandemic.

“We have a president who doesn’t want to talk about the central issue in this campaign right now,” said Mike Donilon, one of Biden’s longest-serving advisers.

“This isn’t new. It’s not like Trump started attacking the vice president today or yesterday. He’s been at him all year long.”

The president, Donilon asserted, falls back on “an all-out effort to try to take people away from what they’re living through,” describing a tactic that he acknowledged “has succeeded in the past in terms of throwing up distractions and smokescreen.”

Four years ago, among his countless broadsides against Clinton, were accusations that her use of a private email server as secretary of state endangered national security and charges that she used her government connections to enrich her family through the nonprofit Clinton Foundation.

For many voters, the insinuations worked, underscoring existing doubts about the integrity of a woman who'd been in the public eye for decades and, along with her husband, the former president, had struggled at times with being viewed as trustworthy.

Polls suggest an uphill climb for a reprisal against Biden.

Fewer voters dislike Biden than they did Clinton. And in 2016, voters who had negative views of both candidates overwhelmingly broke for Trump; for now, they favor Biden.

There are other inherent limitations to Trump's effort to repeat his 2016 strategy.

The FBI did investigate Clinton’s use of the email server and, while it did not bring charges, the fallout was politically damaging. But while the optics of the younger Biden’s lucrative work in China and with a Ukrainian gas company have frustrated some Democrats, no one has charged either father or son with any wrongdoing.

And it was Trump’s push for Ukraine to find politically damaging dirt on the Bidens that led to the president’s impeachment.

But the storyline won’t go away. Trump’s allies in the Senate will hold hearings into the younger Biden’s work overseas to portray the former vice president as a longtime Washington insider whose family benefited from his stature.

Trump’s attempts to turn the routine into the sinister has also fueled his latest effort to undermine special counsel Robert Mueller’s report, which identified substantial contacts between Trump associates and Russia but did not accuse him of a crime or allege a criminal conspiracy between his campaign and the Kremlin.

Now the plan is to link the Democratic standard-bearer to the probe.

Biden allies display something approaching amusement as they tick through the attacks Trump has leveled against the former vice president, including calling him “Sleepy Joe.”

The campaign is responding with a two-fold approach: detailed defenses of Biden on the merits and then arguing the attacks demonstrate Trump’s own weaknesses.

They point to the Trump family's ongoing business entanglements across the world while his daughter and son-in-law work in the White House to his weeks spent complimenting Chinese President Xi Jingping before blaming Beijing for the pandemic.

In that environment, Biden's team doesn't believe a pervasive narrative like “Hillary’s emails” will shadow this campaign.

“People have a really good understanding of who Joe Biden is,” Donilon said, arguing that Trump’s handling of the pandemic plays into arguments about experience, competence and temperament that Biden has made since he launched his bid last spring.

Yet similar Trump smokescreens confused Americans about both the Russia and Ukraine investigations. And while the unmasking accusations may inspire the GOP base more than persuade swing voters, Trump allies believe it can help negatively define Biden and prove a coordinated effort to thwart a duly elected president.

“It’s a reminder that Trump is the outsider trying to take on those who were entrenched in power for decades,” said Jason Miller, a top aide on Trump's 2016 campaign.

“And if Trump is the outsider, Biden is the insider.”