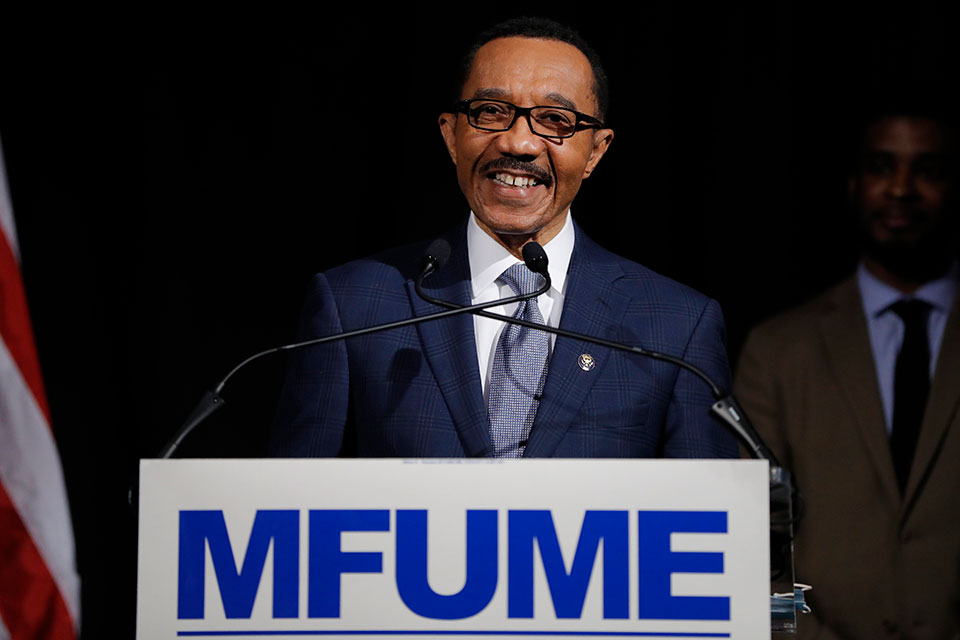 BALTIMORE (AP) — Democrat Kweisi Mfume easily won a mostly mail-in election to finish the term of the late Elijah Cummings, retaking a Maryland congressional seat he held for five terms before leaving to lead the NAACP.

Mfume defeated Republican Kimberly Klacik in the heavily Democratic 7th Congressional District, capping a race dramatically reshaped by the coronavirus pandemic. Taking off his mask for a brief victory speech Tuesday night, he acknowledged the many people "struggling at this hour to fight off the terrible disease of the coronavirus.”

“To them, to their families and to the families of so many others who have lost lives prematurely to this disease, I want all of you to know that from day one, all of my attention, all of my energy and all of my focus in the United States Congress will be on using science, data and common sense to help get our nation through this dark hour in our history,” Mfume said.

Mfume was flanked by his wife and a few other supporters who also wore masks as protection against the virus. 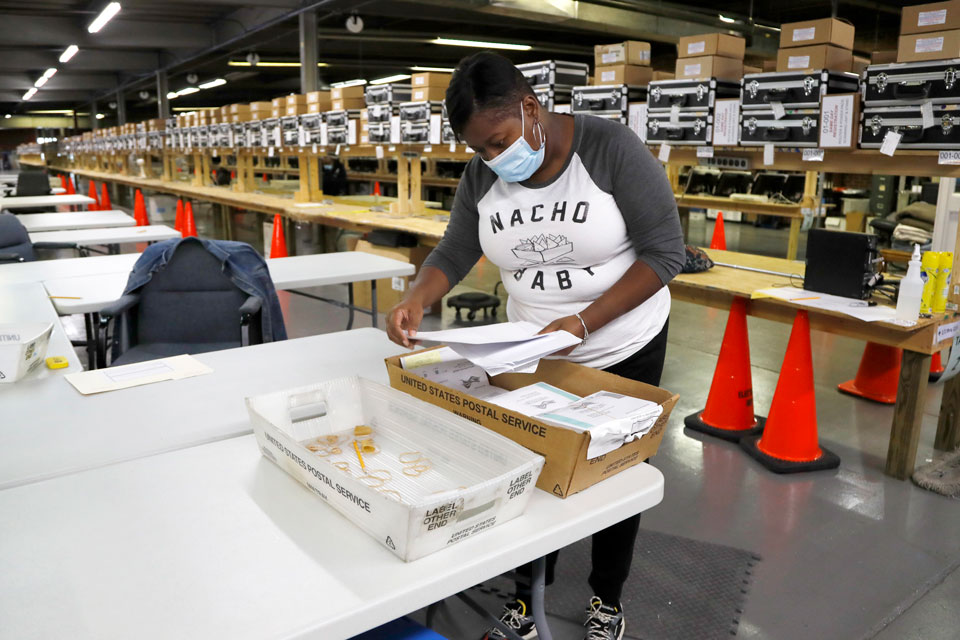 Tamara Debnam, an elections assistant for the Baltimore City Board of Elections, sorts mail-in ballots at a canvasing warehouse ahead of the 7th Congressional District special election, Monday, April 27, 2020, in Baltimore. (AP Photo/Julio Cortez)In what could be a test for future races this election year, Maryland opened just three polling stations Tuesday and sent ballots weeks in advance to encourage mail voting to reduce public health risks, hoping to avoid what happened earlier this month in Wisconsin, where thousands of primary voters waited for hours outside overcrowded polling stations.

For Mfume, the immediate challenge will be leading in a majority-black district with a sizable area in Baltimore that for weeks had Maryland's highest number of reported coronavirus cases. Democratic lawmakers have sounded the alarm over the virus killing African Americans at a higher rate.

Democrats outnumber Republicans by more than 4-1 in the district, which includes a significant portion of the city of Baltimore and parts of Baltimore and Howard counties. The diverse district includes areas of Baltimore that struggle with poverty and violent crime, and more affluent areas and such landmarks as Johns Hopkins Hospital.

The 71-year-old Mfume also spoke Tuesday evening of tackling challenges that include food deserts in poor urban areas, a lack of transportation and the need to modernize school buildings. He said people are crying out for change.

“I promise you that as your congressman I will use every ability that I have to bring about that change,” Mfume said after capturing an overwhelming number of votes in the city and strong majorities in both counties.

Mfume also supports stronger gun-control measures, including reauthorizing a federal assault weapons ban that expired in 2005. Baltimore had 348 homicides last year — the fifth straight year topping 300 — making it the city’s most violent year ever per capita. 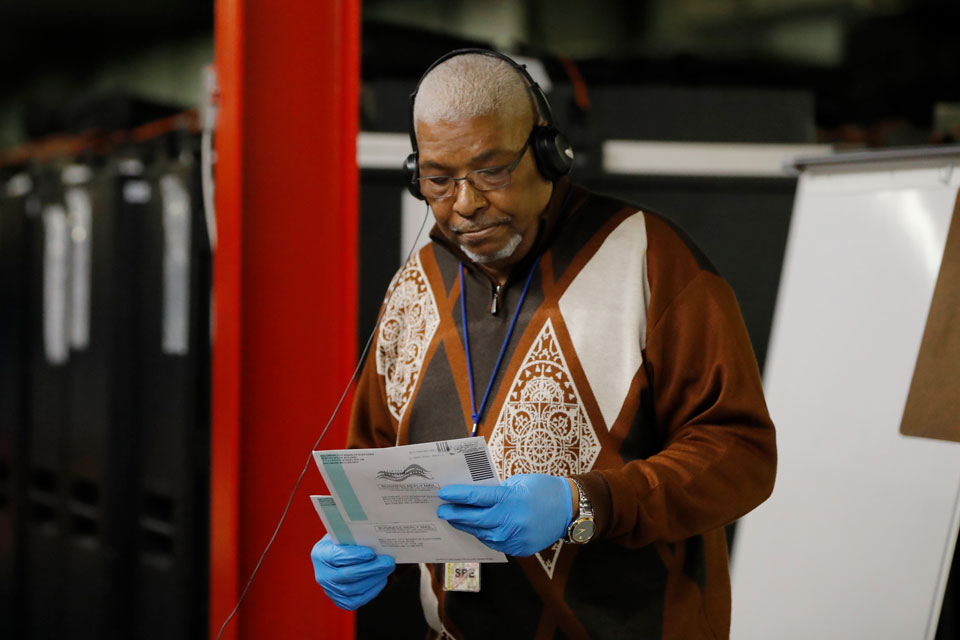 Armstead Jones, Sr., election director with the Baltimore City Board Elections, holds two ballots in question during a teleconference with the election board at a canvasing warehouse ahead of the 7th Congressional District special election, Monday, April 27, 2020, in Baltimore. (AP Photo/Julio Cortez)Mfume is to serve the rest of Cummings’ term until January. Victory also means Mfume will run as an incumbent in Maryland’s June primary to be the nominee for a full term in November.

The 7th district attracted national attention last year when President Donald Trump referred to it on Twitter as a “disgusting, rat and rodent infested mess” where “no human being would want to live.” At the time, Cummings was the powerful House Oversight Committee chairman, leading multiple investigations of the president.

After Mfume seized early victory, Klacik tweeted: “That one time when hard work didn’t pay off. Perhaps one day District 7 will want a change. Proud of my team & the work we put in.”

In the June 2 primary, Mfume will face many of the same opponents he defeated in February. The primary was originally scheduled for April but was postponed by Gov. Larry Hogan due to the virus.

Witte reported from Annapolis, Maryland. Associated Press writer Regina Garcia Cano in Washington and Christina A. Cassidy in Atlanta contributed to this report.