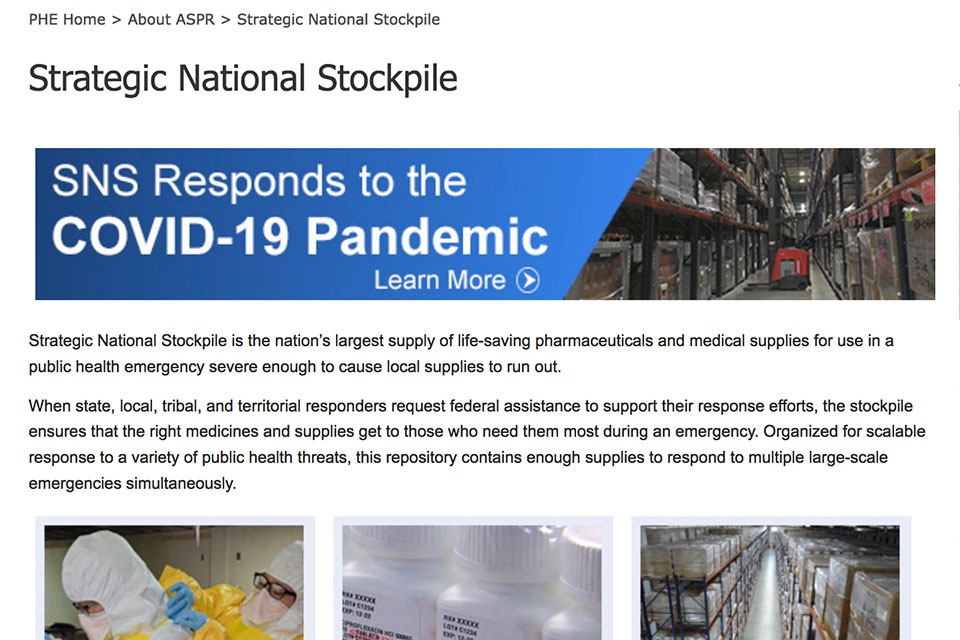 WASHINGTON (AP) — Already facing growing anger and worry from governors over federal assistance to fight the coronavirus outbreak, the Trump administration on Friday abruptly changed its description of the Strategic National Stockpile and put forward a narrower vision of the role the federal government's repository of life-saving medicines and equipment should play in supplying states' needs. 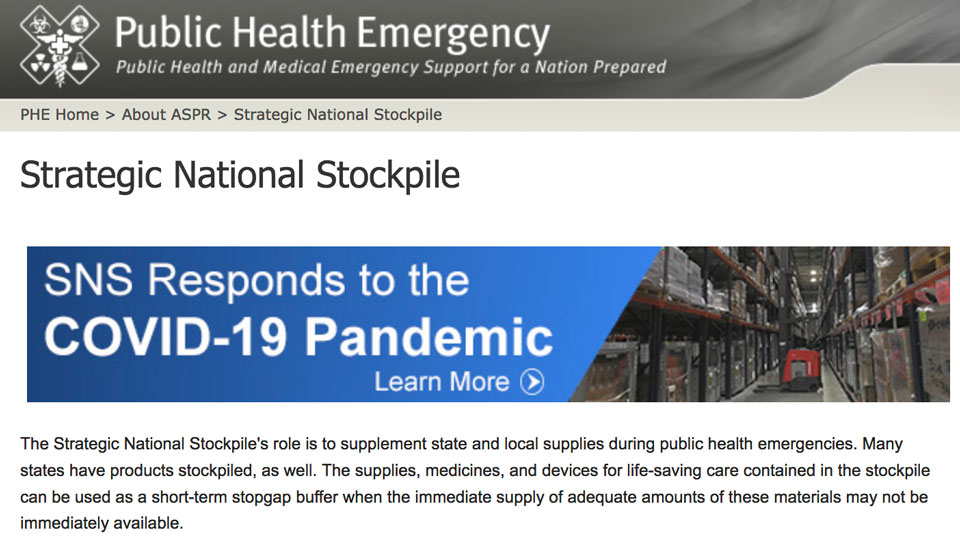 The above image is a screenshot taken on Friday, April 3, 2020 of the goverment webpage with the revised description of the Strategic National Stockpile.The change conforms with President Donald Trump's insistence that the stockpile is only a short-term backup for states, not a commitment to ensure supplies get quickly to those who need them most during an emergency, the latest front in a concerted White House effort to try to put the onus for battling the crisis on the states, with Washington meant to play more of a supporting role.

The alteration of the language describing the stockpile was reflected on government websites on Friday, a day after Jared Kushner, Trump's son-in-law and White House senior adviser who has taken a larger role in the coronavirus response, offered a new argument about the supplies.

After saying that states should use their own stockpiles first, Kushner on Thursday said, "And the notion of the federal stockpile was it's supposed to be our stockpile.

"It's not supposed to be states' stockpiles that they then use."

Until Friday, the federal Health and Human Services website had reflected a markedly different approach to the stockpile. The "Strategic National Stockpile is the nation's largest supply of life-saving pharmaceuticals and medical supplies for use in a public health emergency severe enough to cause local supplies to run out," the website used to say, according to an archived search.

"When state, local, tribal, and territorial responders request federal assistance to support their response efforts, the stockpile ensures that the right medicines and supplies get to those who need them most during an emergency," the website had said.

But, according to data, the description changed Friday morning: "The Strategic National Stockpile's role is to supplement state and local supplies during public health emergencies. Many states have products stockpiled, as well. The supplies, medicines, and devices for life-saving care contained in the stockpile can be used as a short-term stopgap buffer when the immediate supply of adequate amounts of these materials may not be immediately available."

Officials at the agency said the change had been in the works for weeks, downplaying any connection to Kushner's comments. Kushner made his claim during his first appearance at the daily White House coronavirus task force briefing, a moment meant to highlight his growing role in managing the federal response to the pandemic, particularly in delivering vital supplies.

Trump has long insisted that the primary responsibility lies with the states in managing the pandemic. He has resisted calls to issue a national stay-at-home order and said that he didn't want to overly use the Defense Production Act, which allows him to mobilize private companies for the effort, because he believed the states should take the lead in obtaining supplies.

But in statehouses across the nation, there has been increasing frustration at the lack of assistance from Washington.

Trump scoffed at New York Gov. Andrew Cuomo's request for 30,000 ventilators for the state, a virus hotbed. In neighboring Connecticut, Gov. Ned Lamont told CNN on Tuesday that the state couldn't get personal protective equipment from the national stockpile and was only able to get 50 ventilators from the federal supply. He said he was told that he'll have to secure the rest on his own.

States have also reported multiple issues with the equipment the federal government has managed to send.

Illinois was supposed to receive a federal shipment of 300,000 N95 masks in March, but instead received less-effective surgical masks, Gov. J.B. Pritzker revealed during a Tuesday briefing. California Governor Gavin Newsom, who is trying to track down 10,000 ventilators for his state, announced on Twitter last week that he had received 170 broken ventilators from the national stockpile.

And Gov. Jay Inslee of Washington, in a recent conference call with the White House, said the states need "a Tom Brady," urging Trump to act like the legendary quarterback instead of playing a backup role.

Testing at the White House

Meanwhile, the White House on Friday stepped up precautions to protect the president and vice president from contracting the new coronavirus. Anyone who is expected to be in "close proximity" to Trump or Vice President Mike Pence will be given a new, quick COVID-19 test "to evaluate for pre-symptomatic or asymptomatic carriers status to limit inadvertent transmission," according to White House spokesman Judd Deere.

All visitors to the White House complex already have their temperatures taken when entering the building and if they will be in close proximity to either Trump or Pence.

Trump took the new COVID-19 test on Thursday and the White House doctor said results were back in 15 minutes. He tested negative.

The president, however, did not seem to be aware the new policy had been put into place, when he sat down for a Friday afternoon roundtable discussion with energy industry executives at the White House.

"You know what? I like it. Let's test these guys," he said in response to a question about the policy. "Listen: They gave us millions of jobs. If anybody wants to be tested, we'll test them."

Many of those seated around the Cabinet Room table indicated when asked that they had, indeed, received the tests.