Some Instacart, Amazon Workers Strike as Jobs Get Riskier 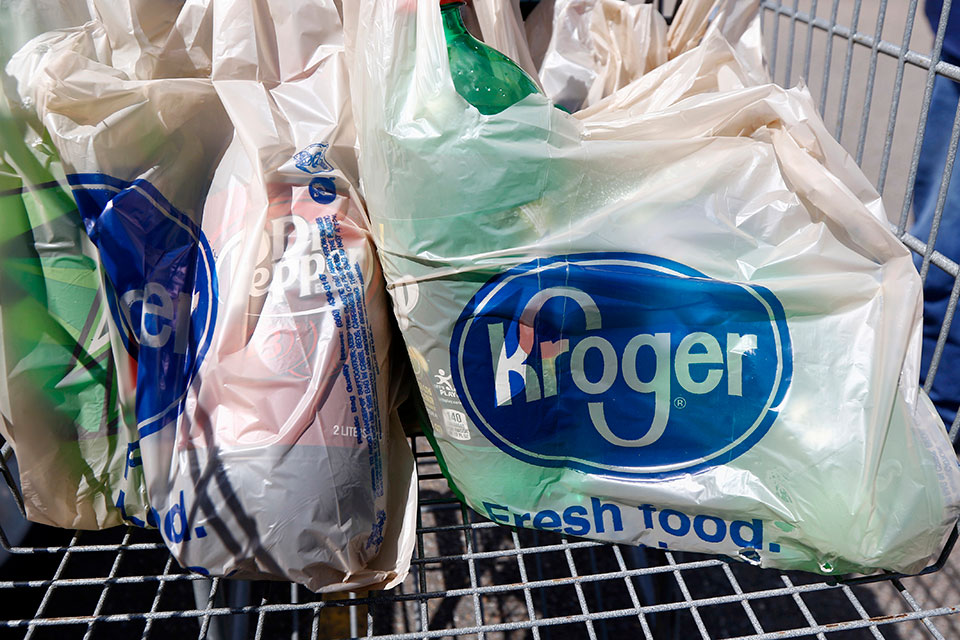 NEW YORK (AP) — Some Instacart and Amazon warehouse workers walked off the job Monday demanding greater safeguards against the coronavirus, even as both companies are speed-hiring hundreds of thousands of new workers to handle a surge in delivery orders.

The one-day strikes had little impact on consumers, but the unrest called attention to mounting discontent among low-wage workers who are on the front lines of the pandemic, serving the needs of those who can keep safe working from home. Whole Worker, a workers group for Whole Foods employees, is calling for a nationwide "sick out" on Tuesday.

Many workers in high demand are part-time or contracted employees, lacking in benefits such as paid sick time off or health care. In addition to demands for more protection against coronavirus, workers are citing longstanding grievances over practices that keep wages low and part-time workers from getting more hours.

Online grocery-delivery service Instacart and Amazon say they are working to equip their workers with sanitation gear and have taken steps to increase pay and extend paid sick time. Instacart said Sunday that it would make hand sanitizer available to its workers upon request and outlined changes to its tip system, but strikers said it was too little too late.

"They need to give us hazard pay right now and it should be guaranteed," said Shanna Foster, a single mother who stopped working her Instacart gig two weeks ago out of fear of contracting the virus.

"It wasn't worth the risk."

But a rush of hiring is likely to dilute any attempts by existing workers to organize walk-offs. Many people are applying for the new jobs as layoffs surge in restaurants, retail, hospitality, airports and other industries that have shut down. Nearly 3.3 million Americans applied for unemployment benefits last week, almost five times the previous record set in 1982.

Some not ready to walk-off 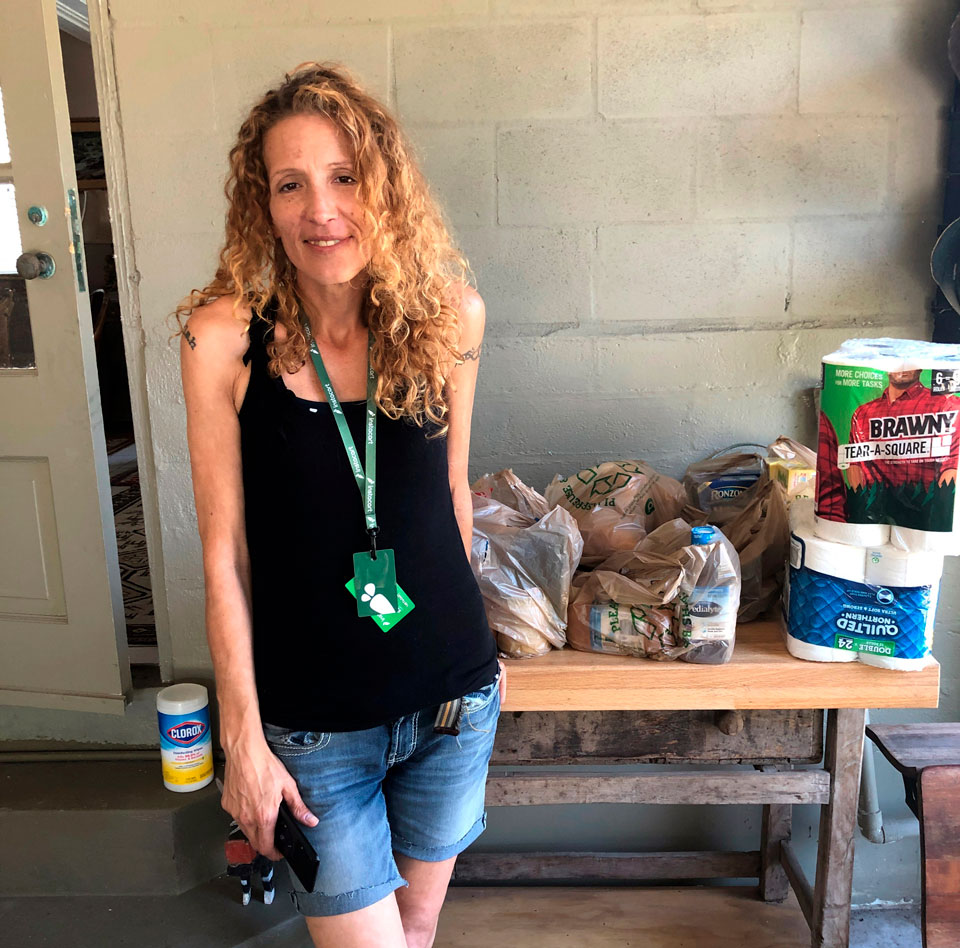 Instacart gig worker Summer Cooper, 39, delivers groceries, Saturday, March 28, 2020, in Belleair Beach, Fla. Cooper, 39, started working as an Instacart shopper in the Tampa Bay area in Florida recently after losing her position as a server at a hotel restaurant. (AP Photo/Curt Anderson)While many Instacart workers said they would stop taking orders Monday, other, newer workers were reluctant to give up a source of income at a time of mass layoffs.

"I'm grateful to have some way to make money," said Summer Cooper, 39, who started working as an Instacart shopper in the Tampa Bay, Florida, area recently after losing her position as a server at a hotel restaurant.

San Francisco-based Instacart said it is nearing its goal of hiring 300,000 more workers — more than doubling its workforce — to fulfill orders it says have surged by 150% over last year's levels in the past weeks.

In the past week, Instacart said 250,000 people have signed up to work as full-service shoppers — "gig" workers who make multiple trips a day to groceries stores to get and deliver groceries that people order on its app. The company said about 50,000 of those workers have actually started shopping.

It said the strike had no impact on its operations Monday, with 40% more shoppers using its platform compared to the same day last week.

Instacart workers are demanding $5 in hazard pay per order and a tip default on the app to at least 10%. The company instead announced Sunday that it would change the tip default to the amount last paid by the client, saying workers are seeing a surge in tips amid the pandemic.

Instacart is also giving 14 days of paid time off for any worker who is diagnosed with coronavirus, or is ordered to isolate, a policy it extended for another month last week. Strikers want that policy extended to any worker with a doctor's note verifying an underlying condition making them vulnerable to the virus.

Several Amazon workers, meanwhile, walked out of an Amazon warehouse, in Staten Island, New York, on Monday demanding the facility be shut and cleaned during a paid time off after a co-worker tested positive for the virus. About 100 workers were expected to attend the rally, but Amazon said the number was much lower.

Amazon said it has taken aggressive steps to safeguard its employees from the virus, including enhanced cleaning and sanitation and social distancing enforcement. At the Staten Island facility, which employs 4,500 people, Amazon implemented daily temperature screenings.

Whole Foods, which is owned by Amazon, also is offering a temporary $2 raise in hourly wages and two weeks of paid time off for anyone who tests positive for coronavirus or who is quarantined.

But Whole Workers, the group calling for a strike Tuesday, said they want hazard pay, immediate shut down of stores if a worker tests positive and health care benefits for part-time and seasonal workers.

Amazon is hiring 100,000 workers, a mix of full-time and part-time positions and include delivery drivers and warehouse workers. Walmart, Dollar General and Pizza Hut and other companies are hiring thousands more, both to meet a surge in delivery order and more in-store demand for basics like cleaning supplies and toilet paper.

Andrew Challenger, a senior vice president of recruitment firm Challenger, Gray & Christmas, said he expected a lot of competition for the new jobs despite the new risks from the pandemic.

"There's a tsunami of unemployed people who lost wages in the last two weeks. A lot of the people who have been let go are lower wage workers who left positions similar to the ones that need to be filled right now," Challenger said.

This story has been corrected to show that the Whole Foods "'sick out" is set for Tuesday, not Wednesday.