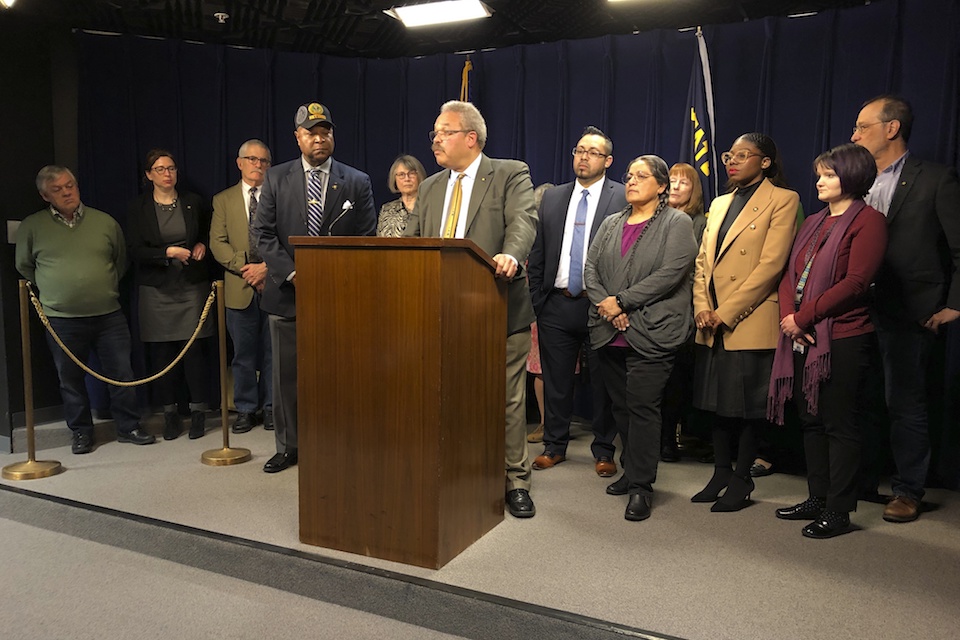 SALEM, Ore. (AP) — A total of three bills passed while hundreds died as the Oregon legislative session went down in flames and cost taxpayers a half-million dollars, including $151 per diems to minority Republican lawmakers who went into hiding to kill environmental legislation.

On Friday, a day after the 2020 session ended, there was plenty of finger-pointing. Some of the bills that died were months in the making, with committee hearings and public testimony, all for naught.

“All the bills are dead now,” Senate President Peter Courtney told reporters late Thursday. "They have to all be redrafted, all redrafted, everything.”

Among them was the one that triggered the boycott: A plan to put a price on greenhouse gas emissions and invest funds to transition away from fossil fuels.

The Democratic leaders of the Senate and House abruptly ended the session after Senate Republican Leader Herman Baertschiger, Jr. said his party would return on Sunday, the last day of the 35-day session —but only to vote on emergency budget bills.

“We have been held hostage by a small group of elected representatives,” House Speaker Tina Kotek said from the podium as she declared the session over.

Doing so would likely have generated a “no” campaign paid for by the deep-pocked fossil fuel industry. Since July, Oregon Republican legislators have received hundreds of thousands of dollars in campaign contributions from corporations and industry groups, including the fossil fuels industry, according to the Oregon League of Conservation Voters.

Koch Industries gave $20,000 to Republican legislators, including $2,000 each to Baertschiger and Drazan; and the Oregon Fuels Association PAC gave GOP lawmakers $7,000, according to the Oregon League of Conservation Voters, which promotes pro-environment candidates.

"In Oregon, Republican lawmakers have a long history of being rewarded for their anti-environmental votes with millions of dollars from big polluters,” said Doug Moore, executive director of the Oregon League of Conservation Voters.

Some Democrats also got donations, but Lindsey Scholten, the league's political director, said during the walkout that was irrelevant.

"They are doing the right thing by showing up for work, fighting for a future for our children and our state, and ... taking responsibility for reducing our share of climate pollution,” Scholten said in an email.

In a twist, Baertschiger said Friday that Senate Republicans will return to the capitol Sunday, ready to pass budget bills, even though the 2020 session has been declared over.

“Some believe spectacle and theater equals governing,” he told a news conference Thursday as Democrats vented their frustrations.

The walkout, combined with an insistence that bills be read in full instead of summarized, caused a major backlog of more than 100 bills that emerged from committees but could not be voted on on the House and Senate floors.

Other bills languished in committees. There were bills to help homelessness, increase affordable housing, to fund mental health clinics and an earthquake early warning system, to ensure firearms are safely stored, and to make Oregon’s communities and forests more resilient to wildfire.

Only three bills emerged for signing by Gov. Kate Brown: One established a surcharge for special license plates; another dealt with parks and recreation in one county; and one involved concussions in students.

Taxpayers must pay around $485,000 for the 35-day “nonevent,” all in per diems and mileage reimbursement, said the Lund Report, which focuses on medical news.

Brown, a Democrat and former legislator and secretary of state, said the Republican shutdown “put critical state funding in jeopardy — for wildfires, for foster care, for flood relief.”

“However, I will not back down," Brown said Thursday. "In the coming days, I will be taking executive action to lower our greenhouse gas emissions.”

No details were yet available on Friday.

Brown said she is open to calling a special session if legislative leaders provide a plan “for a functioning session.”