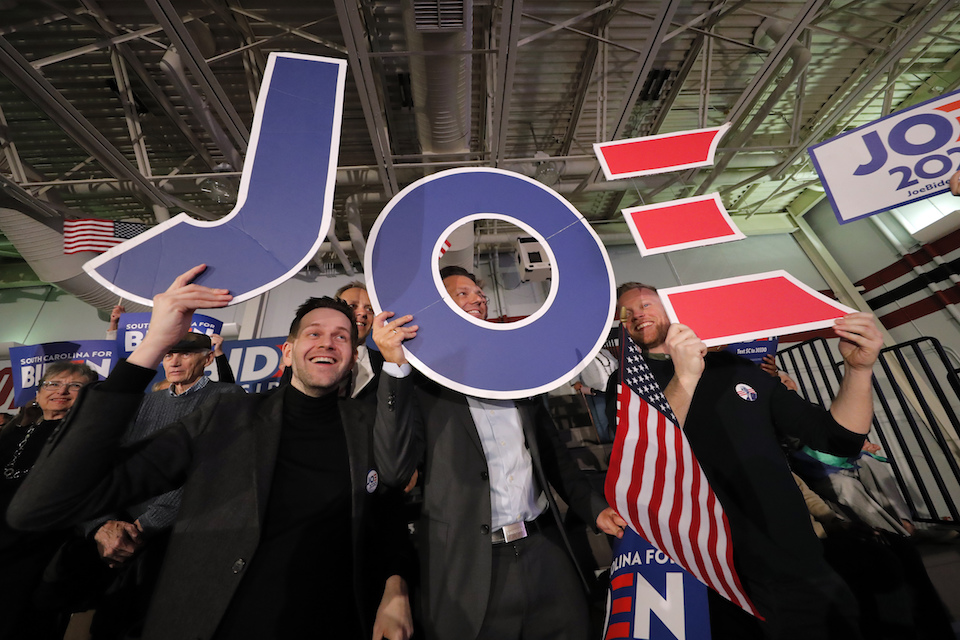 WASHINGTON (AP) — South Carolina provided Joe Biden with a lifeline he desperately needed, propelled by the power of the black vote, but his victory does not necessarily provide clarity to the race.

Both Pete Buttigieg, the former mayor of South Bend, Indiana, and Sen. Amy Klobuchar finished well behind Biden. Buttiegieg has dropped out along with Tom Steyer, but Klobuchar is still planning to compete in Super Tuesday states. Can Biden get the numbers he needs to make the case for a one-on-one competition with Sen. Bernie Sanders?

The larger question for Biden is how he fares against Mike Bloomberg, the billionaire former New York mayor, who has spent more than $500 million and will be on the ballot for the first time Tuesday.

Other takeaways from the South Carolina primary:

Biden must broaden his appeal

The win in South Carolina was the first primary victory for Biden in his three presidential campaigns. Super Tuesday will prove whether it signals a resurgence, where party leaders try to coalesce around him, or a mirage. Former Virginia Gov. Terry McAuliffe endorsed Biden after Saturday's results.

Biden demonstrated his oft-stated appeal to black voters, who historically play a decisive role in determining the Democratic nominee. Now he will have to show that he can broaden that appeal to college-educated suburban women who have been the fulcrum for Democrats in recent elections.

The former vice president has still got a long way to go. 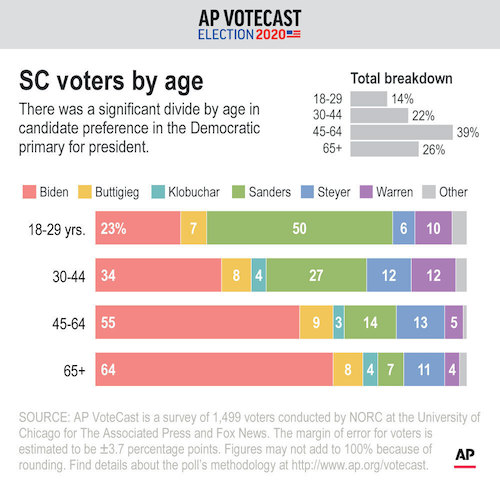 Sanders hopes second is a blip

For one brief moment after his commanding Nevada win, Sanders thought he could win South Carolina.

Instead, he showed the limits of his progressive appeal in the South. But you can win the Democratic nomination without winning the South, and Sanders wants to show how on Super Tuesday. He has a commanding lead in polls for the biggest prize on the map, California, and is competitive in every state.

Sanders’ schedule shows his confidence — he has campaigned in Massachusetts and will travel to Minnesota on Sunday and Monday, trying to win the home states of rivals Warren and Klobuchar.

But he won't be getting a pass, especially from Bloomberg, who has argued that Sanders' democratic socialism is a loser for Democrats in November.

While Biden is hoping South Carolina puts wind in his sails, Sanders just has to hope the current breeze keeps blowing. 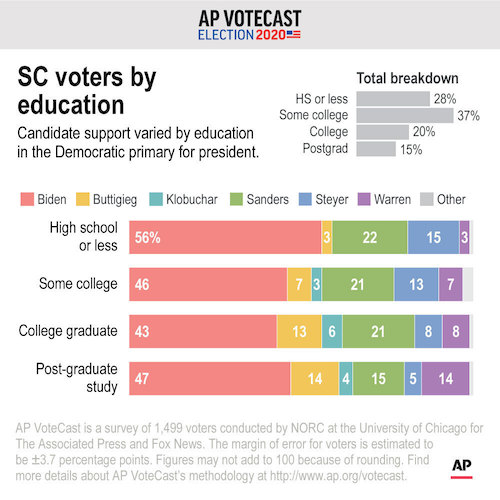 At some point in the nominating process, they stop handing out participation trophies. Klobuchar and Sen. Elizabeth Warren have yet to prove they can win with diverse coalitions of the Democratic Party.

Now they will be under varying degrees of pressure to consider dropping out. Warren has the most money and organization, but not necessarily the better rationale for staying in the race given the strength of Sanders, the leading progressive.

Neither Warren or Klobuchar has shown any notable appeal to African American voters, and they do not have the time or the resources to focus their campaigns more narrowly with an eye on just winning some delegates to maintain leverage.

The other billionaire in the race, Tom Steyer, has announced he will stop his campaign after coming in well behind Biden and Sanders, despite spending more than $20 million in the state. 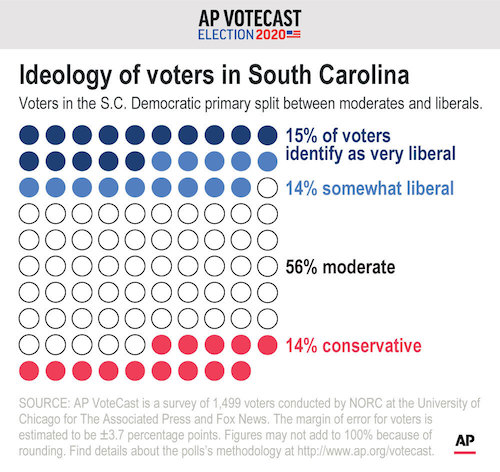 A few hours before polls closed in South Carolina, Bloomberg announced he was buying three-minute ads on two television networks Sunday night. And that will follow an interview on CBS's “60 Minutes.”

Bloomberg hasn’t been a factor yet in the early states — he sat them out in favor of an audacious strategy that he could fill the moderate lane if Biden faltered, by spending hundreds of millions on ads in Super Tuesday states.

It's a theory of the case that's never happened at this level of presidential politics. And it is about to be tested. If Bloomberg doesn't prevail and merely fragments the moderate vote, that will be to Sanders’ benefit.

At the same time, Bloomberg has to try to recover from his disastrous debut on the debate stage in Las Vegas and a second, still rough, session at the South Carolina debate last Tuesday. The Biden resurgence may drown out his hoped-for position as the most sensible alternative to Sanders. 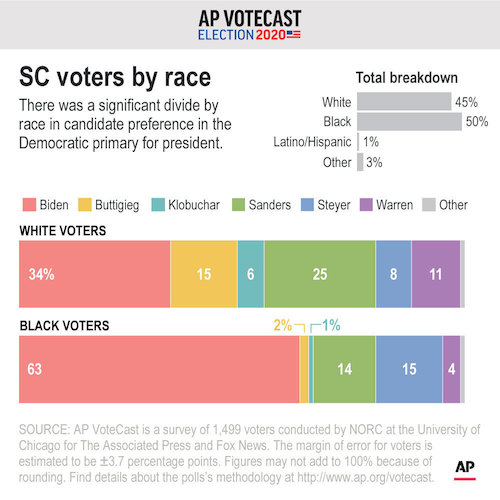 For once, self-described moderate and conservative Democrats spoke with something resembling a unified voice. This group has consistently been the majority of voters in previous contests, only to dilute their vote by splitting it among candidates.

But in South Carolina, preliminary results from AP VoteCast found a solid share of moderate and conservative voters — more than half — went for Biden. No more than 1 in 10 backed Buttigieg or Klobuchar.

Still, the survey also hints at the possibility of Sanders, who has dominated among liberals, having some crossover appeal. Among moderates and conservatives, 14% voted for the self-described socialist.