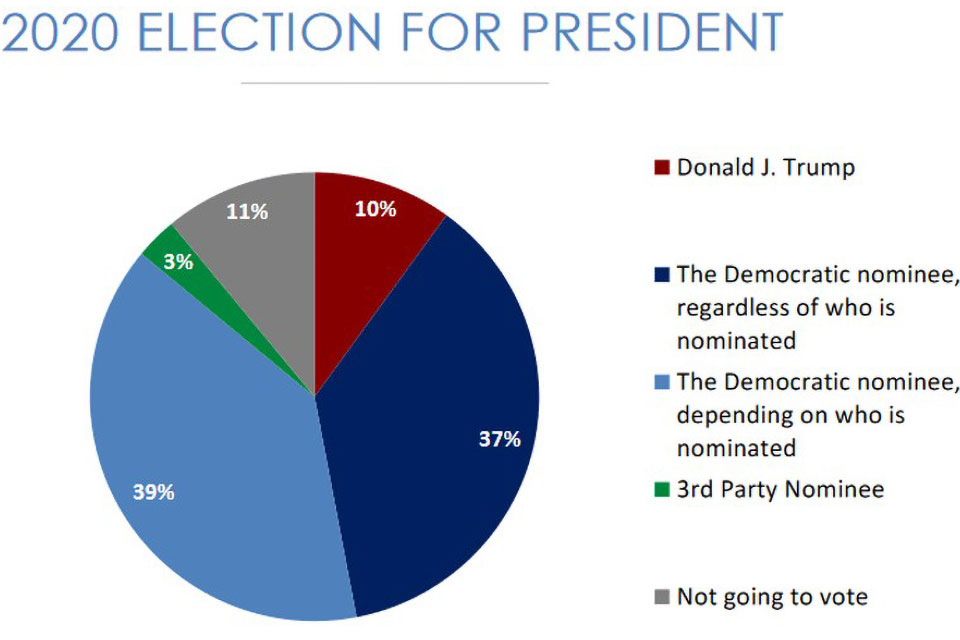 (PHILADELPHIA, PA) - WURD Radio (96.1FM / 900AM / WURDRadio.com / WURDApp), the only African American-owned talk radio station in Pennsylvania, and one of only a few in the country, recently partnered with Washington, D.C.-based Lincoln Park Strategies (“LPS”), a full-service analytic research firm, to conduct and release a major nationwide survey of 1,000 African American adults.  The purpose of this poll, the result of a comprehensive field assessment conducted by LPS, was to gauge Black adult opinions on the 2020 presidential field (including Democratic candidates and the Republican incumbent) and a number of key policy issues. The full results can be found on wurdradio.com.

When looking at Black opinions on the 2020 Democratic presidential primary field’s “electability” against the incumbent Donald Trump, the LPS-WURD poll finds: 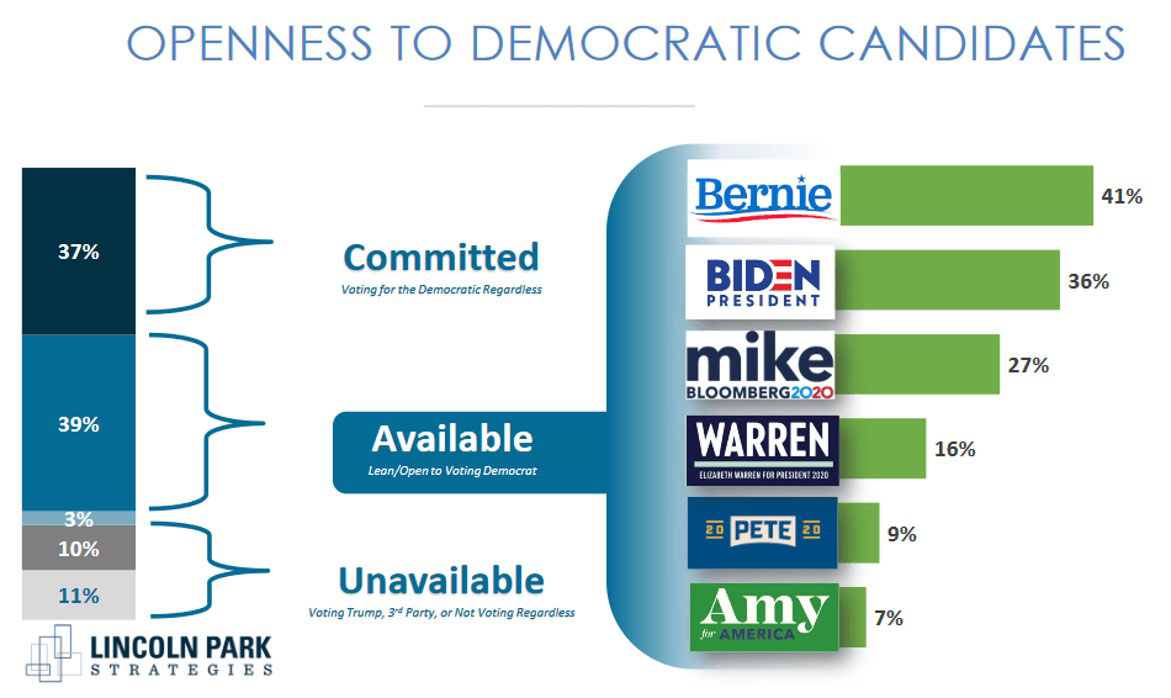 Graph courtesy of Lincoln Park Strategies and WURD Radio.
Elizabeth Warren ranked 4th among survey respondent choices at 44 percent, followed by Pete Buttigieg (41 percent), Amy Klobuchar (40 percent) and Tom Steyer (39 percent).  With conversation about Black voters over the last couple of weeks centering around Bloomberg’s past embrace of the controversial policing method known as “stop and frisk,” a majority of respondents (35 percent) answered that a candidates “prior support” of the tactic would influence their vote for president versus 26 percent who said it would not. Nearly a quarter of Black adult respondents, 22 percent, said that a candidate’s sexual orientation would likely “impact” their support of him or her. 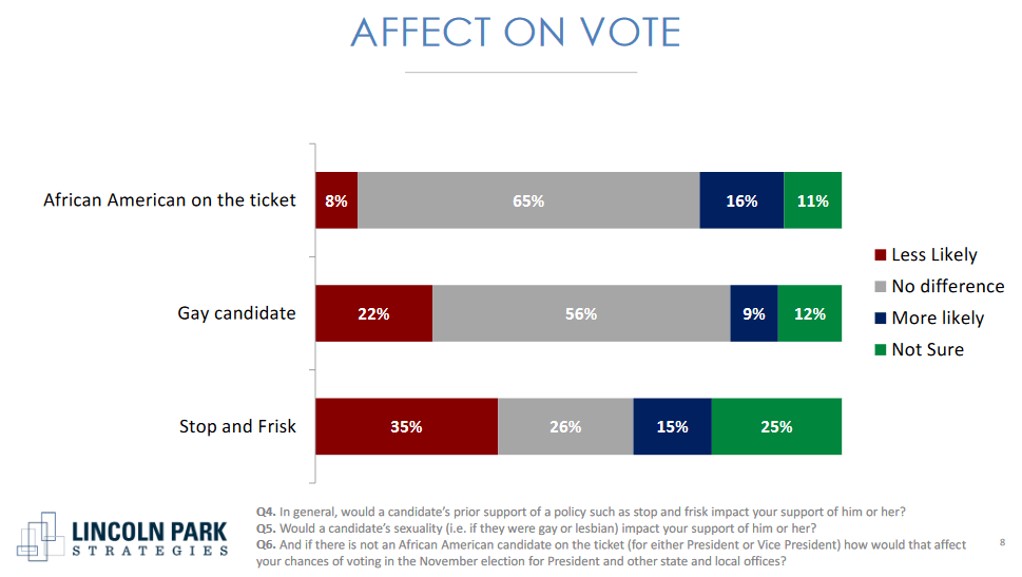 In other results, respondents identified healthcare, jobs and the economy, and social issues as the top three issues they would like addressed.  Three-quarters of respondents, 75 percent, said that they are likely to fill out the upcoming Census online (42 percent) or by mail (33 percent); 17 percent of respondents said that they don’t plan on completing the Census form (7 percent) or they did not know about it (10 percent).

This is the first nationwide political opinion poll of Black adults in 2020 done in partnership with a Black-owned media outlet, and it is among the first of this year to deeply examine Black voter sentiment.  With the South Carolina presidential primary only days away on February 29th - where over 60 percent of voters in that primary are Black - and Black voters nationally accounting for a significant and decisive share of the overall Democratic primary electorate, there is increased public and media interest in the role the Black electorate will play in deciding the next Democratic Party nominee for president and who wins the White House in November.

The LPS-WURD Poll is the result of 1,000 total interviews among African American adults conducted between February 13 - February 21, 2020 in an online survey. Results were weighted to ensure proportional response. The margin of error for overall results is 3.1% at the 95% confidence level. Full poll results and tabs can be found on wurdradio.com.