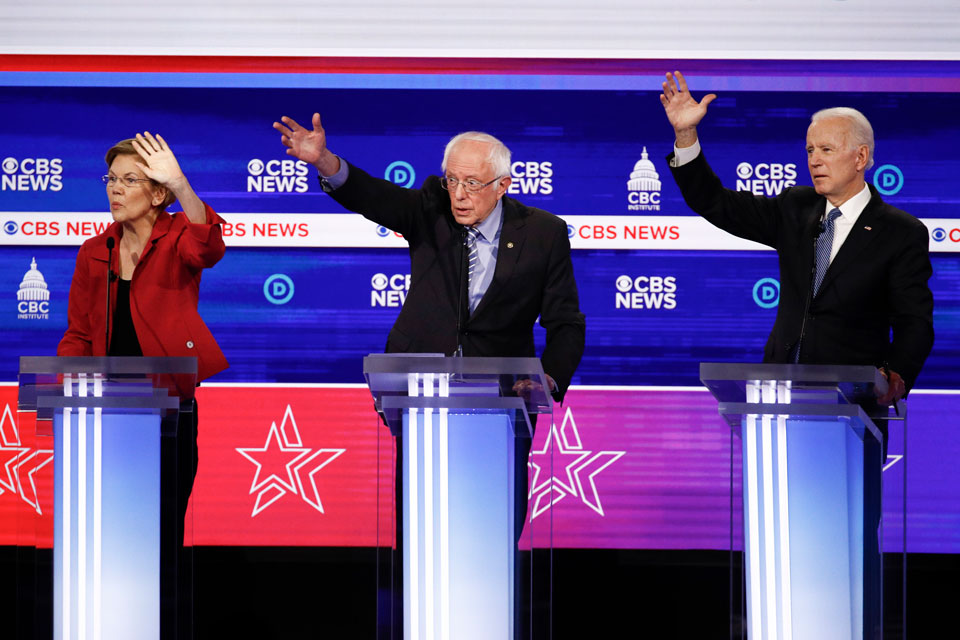 CHARLESTON, S.C. (AP) — Eyeing a South Carolina victory to rescue his presidential ambitions, Joe Biden claimed one of the state's most coveted endorsements on Wednesday as Democratic front-runner Bernie Sanders marched past the blistering assault from his rivals on the debate stage the night before.

And Pete Buttigieg, a leading critic of both Biden and Sanders, canceled multiple events on the day saying he was sick.

The developments came just three days before South Carolina's presidential primary election — and six days before Super Tuesday — with the Democratic establishment growing increasingly concerned that Sanders, a polarizing progressive, is tightening his grip on his party's presidential nomination. 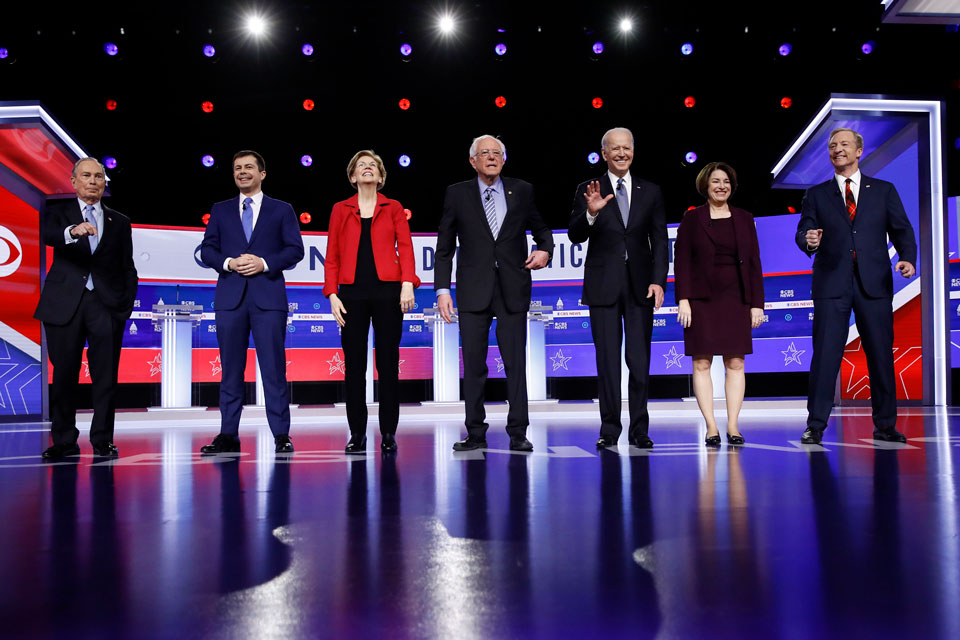 "We know Joe. But most importantly, Joe knows us."

Speaking afterward, Biden predicted victory and slapped at Sanders. "Today, people are talking about a revolution," Biden said. "But what the country's looking for are results."

The night before, Biden and his Democratic rivals unleashed a roaring assault against Sanders during a contentious debate that tested the strength of the undisputed front-runner in the party's presidential nomination fight.

Sanders faced the brunt of the attacks for much of the night, and for one of the few times, fellow progressive Elizabeth Warren was among the critics. The Massachusetts senator pressed the case that she could execute ideas that the Vermont senator could only talk about.

"Bernie and I agree on a lot of things," she said. "But I think I would make a better president than Bernie."

A group of moderates, meanwhile, fought to emerge as the chief Sanders alternative.

Biden argued that only he has the experience to lead in the world. Minnesota Sen. Amy Klobuchar repeatedly contended that she alone could win the votes of battleground state moderates. And Buttigieg, the former mayor of South Bend, Indiana, pointed to Sanders' self-described democratic socialism and his recent comments expressing admiration for Cuban dictator Fidel Castro's push for education.

"I am not looking forward to a scenario where it comes down to Donald Trump with his nostalgia for the social order of the 1950s and Bernie Sanders with a nostalgia for the revolutionary politics of the 1960s," Buttigieg declared.

But the moderates did little to draw separation among themselves, a dynamic that has so far only benefited the Vermont senator. Sanders fought back throughout the night, pointing to polls that showed him beating the Republican president and noting all the recent attention he's gotten:

"I'm hearing my name mentioned a little bit tonight. I wonder why."

"They threw everything they could at Bernie Sanders. None of it stuck," Weaver said, adding that some candidates showed "an air of desperation."

Trump, who returned to Washington early Wednesday after a two-day trip to India, responded to a reporter's shouted question about whether he'd seen the debate: "I did," he said while stepping into a car. "Not too good, not too good."

The intensity of Tuesday's forum, with candidates repeatedly shouting over each other, reflected the reality that the Democrats' establishment wing is quickly running out of time to stop Sanders' rise. Even some critics, Bloomberg among them, conceded that Sanders could build an insurmountable delegate lead as soon as next week.

The Democratic White House hopefuls will not stand side by side on the debate stage again until the middle of March. That made Tuesday's debate likely the last chance for some candidates to save themselves and alter the trajectory of the nomination fight.

Though Sanders was at the center of the attacks, this week marks something of a high point in his political career. After spending nearly three decades as an agitator who delighted in tearing into his party's establishment, that very party establishment was suddenly fighting to take him down, a clear sign of his rising status as the leading candidate for the nomination.

New York billionaire Mike Bloomberg also faced sustained attacks that gave him an opportunity to redeem himself after a bad debate debut one week earlier. Warren cut hard at his record as a businessman, bringing up reports of one particular allegation that he told a pregnant employee "to kill it," a reference to the woman's unborn child. Bloomberg fiercely denied the allegation, but acknowledged he sometimes made comments that were inappropriate.

Bloomberg "cannot earn the trust of the core of the Democratic Party," Warren said.

"He is the riskiest candidate standing on this stage."

But Bloomberg will likely remain a force in the contest even as other candidates may quickly face tough choices about the sustainability of their campaigns. Bloomberg has already spent more than $500 million on a national advertising campaign, and his fortune ensures he will remain a factor at least through Super Tuesday.

But the skepticism for Sanders was a constant.

Buttigieg raised concerns that a Sanders nomination would cost Democrats the House and make it harder to retake the Senate.

"We're not going to win these critical, critical House and Senate races if people in those races have to explain why the nominee of the Democratic Party is telling people to look at the bright side of the Castro regime," Buttigieg said.

Back in Washington, House Speaker Nancy Pelosi on Wednesday brushed back the down-ballot warnings about Sanders.

"I think whoever our nominee is we will enthusiastically embrace — and we will win the White House, the Senate and the House of Representatives," Pelosi told reporters at the Capitol.

The South Carolina contest offers the first real look at the influence African American voters play in the Democrats' presidential nomination process. Biden is trying to make a big impression in the state, where he was long viewed as the unquestioned front-runner because of his support from Black voters. But heading into Saturday's primary after three consecutive underwhelming finishes, there were signs that the former vice president's African American support may be slipping.

One reason: Tom Steyer. The billionaire activist has been pouring money into African American outreach, which threatens to peel away some of the support Biden badly needs.

Biden used the Clyburn endorsement to repeat an idea he mentioned, almost casually, at the end of Tuesday's debate, to nominate a Black woman to the Supreme Court.

"As president, I'd be honored to appoint the first African American woman.

"Because it should look like the country. It's long past time," Biden said, recalling that Obama nominated the court's first Latina, Justice Sonia Sotomayor.

And he offered a direct message to Democrats in South Carolina and beyond who may be doubting the strength of his candidacy.

"If you send me out of South Carolina with a victory, there will be no stopping us," Biden charged. "We will win the nomination. We will win the presidency. And most importantly, we will end the fear ... of a second term for Donald Trump."