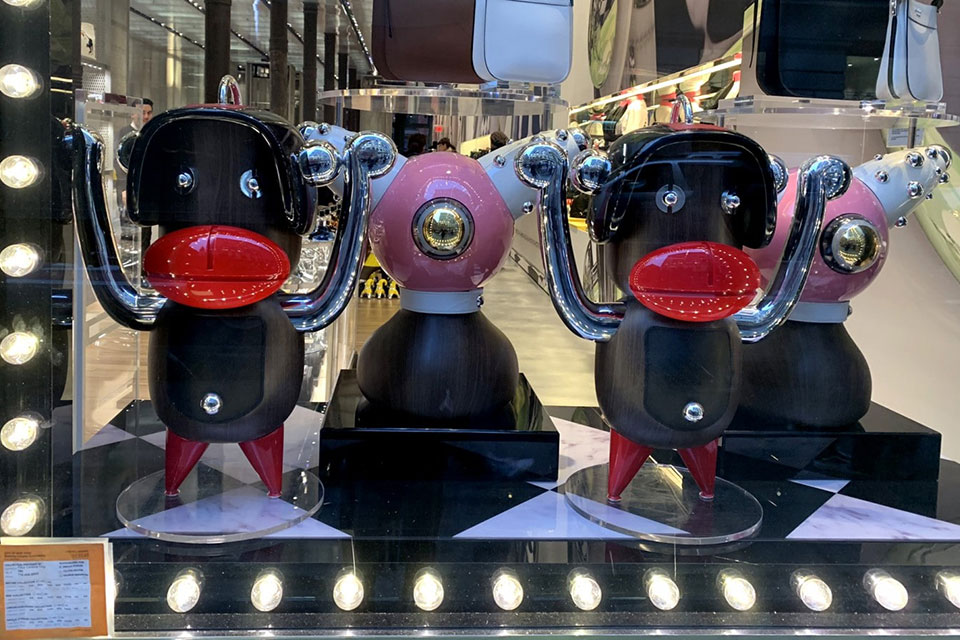 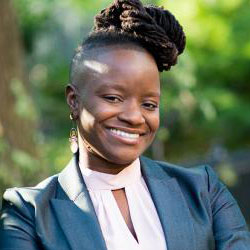 Chinyere EzieYesterday, Chinyere Ezie, a civil rights attorney with the Center for Constitutional Rights, announced she had reached an agreement with the luxury fashion house Prada over the brand’s advertising and sale of products featuring blackface imagery. Ezie voiced her surprise and concern about the “Pradamalia” blackface line on Facebook in December 2018 after encountering the products in the window of Prada’s flagship SoHo store.

The post quickly went viral and led to the fashion company pulling the items from its shelves. Ezie later filed a complaint with the New York City Human Rights Commission over the racist imagery, which resulted in the agreement announced today.

“When I spoke out about Prada’s blackface line one year ago, I feared that racism in fashion was a just bitter pill we collectively had to swallow” said Ezie.

"Now I know that speaking truth to power can lead to meaningful change.”

The “Pradamalia” line included clothing, jewelry, key chains, cell phone cases, and leather items, ranging in price from $260 to $860, with imagery or figurines of monkey-like creatures with black faces and large red lips. In her Facebook post, Ezie noted that Prada’s designs were nearly identical to blackface images she had just seen at the Smithsonian National Museum of African American History and Culture, and posted comparisons of photos she had taken at the museum and Prada’s merchandise. The resulting media coverage and public outcry resulted not only in Prada pulling the merchandise but also in apologies and pulled merchandise from other luxury brands, such as Gucci and Dolce & Gabbana, who had marketed racist imagery, including blackface.

Prada also launched a Diversity Council in the wake of its blackface scandal that, pursuant to settlement terms, will work to create meaningful partnerships between Prada and social justice organizations for a period of six years.

The Center for Constitutional Rights works with communities under threat to fight for justice and liberation through litigation, advocacy, and strategic communications. Since 1966, the Center for Constitutional Rights has taken on oppressive systems of power, including structural racism, gender oppression, economic inequity, and governmental overreach. Learn more at ccrjustice.org.