Polls Show Americans Unhappy with the State of the Union 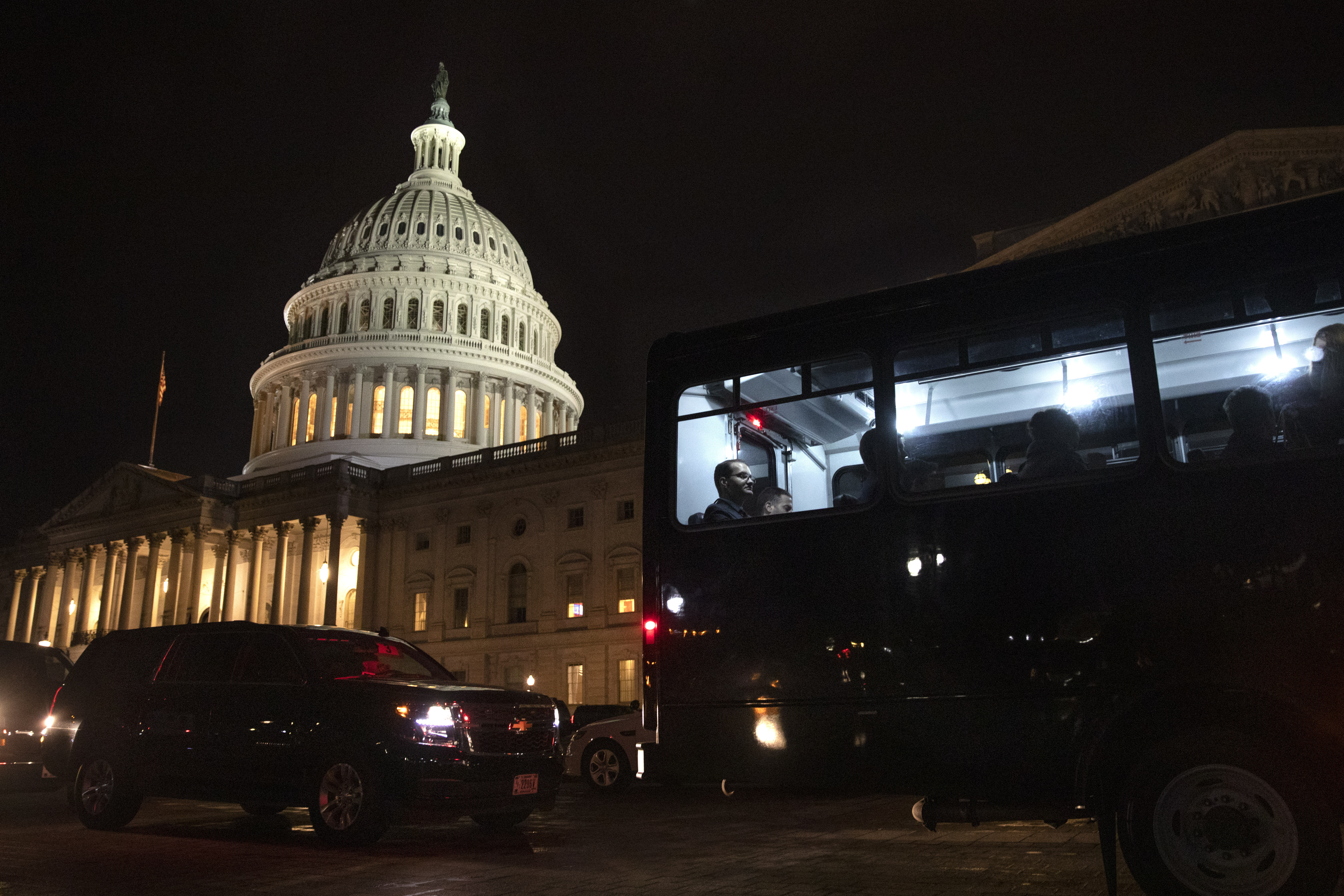 WASHINGTON (AP) — The turbulence of impeachment, a contentious presidential campaign and a global virus health threat confront President Donald Trump as he prepares to deliver his State of the Union address Tuesday night. But one thing about the Trump era has remained remarkably steady: public opinion on the president.

Approval of Trump has stayed persistently in negative territory, and the country is more polarized now than it has been under any other president in recent history. Polls also show Americans express significant dissatisfaction with the direction of the country and even more so with the state of politics.

Even with those downbeat numbers, Americans have largely positive views of both the economy and how Trump is handling it.

A look at public opinion on the president and the state of the union.

Elephant in the room

Trump is just the third president in U.S. history to be impeached by the House of Representatives. The Republican-controlled Senate, which is conducting the trial, narrowly rejected Democratic demands Friday to summon witnesses, all but ensuring Trump's acquittal. Final voting on his fate is scheduled for Wednesday, on the heels of Trump's prime-time speech the night before.

Impeachment proceedings have closely split the public. In a January poll by The Associated Press-NORC Center for Public Affairs Research, slightly more said the Senate should vote to convict Trump and remove him from office than said it should not, 45% to 40%.

An additional 14% of those questioned said they did not know enough to have an opinion.

In the survey, 42% of Americans said they thought Trump did something illegal in his July telephone call with the president of Ukraine, Volodymyr Zelenskiy, and an additional 32% said he did something unethical.

A slim majority of Republicans, 54%, thought Trump did nothing wrong with Ukraine's leader, but that share declined slightly from 64% in October.

Roughly one-third of respondents said they think Trump did something unethical but not illegal, and just about 1 in 10 that he did something illegal.

The state of the economy is strong

Still, the president has consistently been lifted by Americans' assessment of his handling of the economy, which boasts a low 3.5% unemployment rate and steady job growth.

In January, 56% of Americans approved of the Trump's job on the economy, according to an AP-NORC poll. That was higher than the share approving of his handling of trade negotiations, foreign policy or health care.

In the same poll, 67% said they considered the economy to be in good shape, up slightly from 61% who said that in September of 2019, and only about one-quarter expected economic conditions to worsen over the next year.

That relatively bright assessment of the economy even extends to many Democrats. About half of Democrats rate economic conditions positively, and roughly 3 in 10 approve of Trump's handling of the issue.

Just as Trump will outline his goals for the remainder of his term on Tuesday night, Americans have their own idea of what should be a priority this year.

An AP-NORC poll in December found Americans identified in an open-ended question the economy, health care, immigration and the environment as top issues for the government to address in 2020.

Few expected the government to make progress on the issues most important to them.

In the same poll, just about 2 in 10 Americans said they were satisfied with the way things are going in the country today. Nearly 6 in 10 were dissatisfied. Looking ahead, more expected things would get worse, not better.

Republicans were far more likely to express satisfaction with the state of the country, compared with Democrats, 40% to 11%. A slim majority of Republicans, 54%, anticipated improvement over the next year.

Among Democrats, 76% said they were dissatisfied, and 66% expected things to get even worse.

Eighty-nine percent of Republicans and just 7% of Democrats approved of Trump on average during the third year of his presidency, according to polling by Gallup.

The 82 percentage points separating the two parties in their views of the president was greater than for any other year of any other presidency.

That persistent polarization has led to unusual stability in Trump's approval rating. While approval ebbs and flows from poll to poll, Trump's rating have remained within a roughly 10 percentage point range for three years.

Trump's approval rating is unlikely to change with partisans staunchly in their camps. There's not much room for improvement among Republicans, and he's unlikely to gain any support from Democrats.

Other presidents' approval ratings have reached lower levels than Trump's, but Gallup polling shows Trump's averages register lower than the averages of most recent presidents. Over the past three months, approval of Trump averaged about 43%. That's lower than for most other recent presidents over the same time period in their first terms.

Barack Obama is one exception. Over the same period before his reelection bid, average approval was also about 43%. But