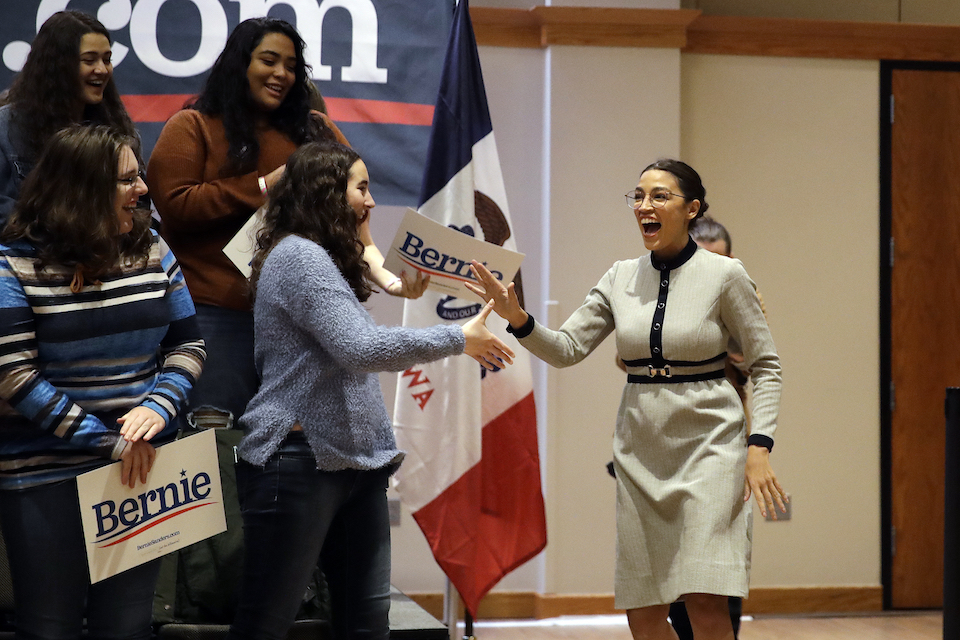 DES MOINES, Iowa (AP) — Democratic presidential candidates have roared back into Iowa touting fresh endorsements, critiquing their rivals and predicting victories in the caucuses that will soon launch the process of deciding who will challenge President Donald Trump.

Candidates all have support

Sen. Elizabeth Warren said Saturday she was “delighted" to pick up a coveted endorsement from The Des Moines Register. The state's largest newspaper called the Massachusetts Democrat “the best leader for these times" and said she “is not the radical some perceive her to be."

But Warren's progressive rival, Sen. Bernie Sanders of Vermont, predicted victory in Iowa and campaigned alongside Rep. Alexandria Ocasio-Cortez, D-N.Y., one of the most prominent leaders on the left.

Joe Biden, meanwhile, appeared for the first time alongside Rep. Cindy Axne, D-Iowa, who is the latest in a growing list of local politicians backing the former vice president's candidacy. And Pete Buttigieg, the former mayor of South Bend, Indiana, sought to position himself a Washington outsider above the partisan fray.

But as the candidates set out to make their best case to voters, the volatility of the race was evident. 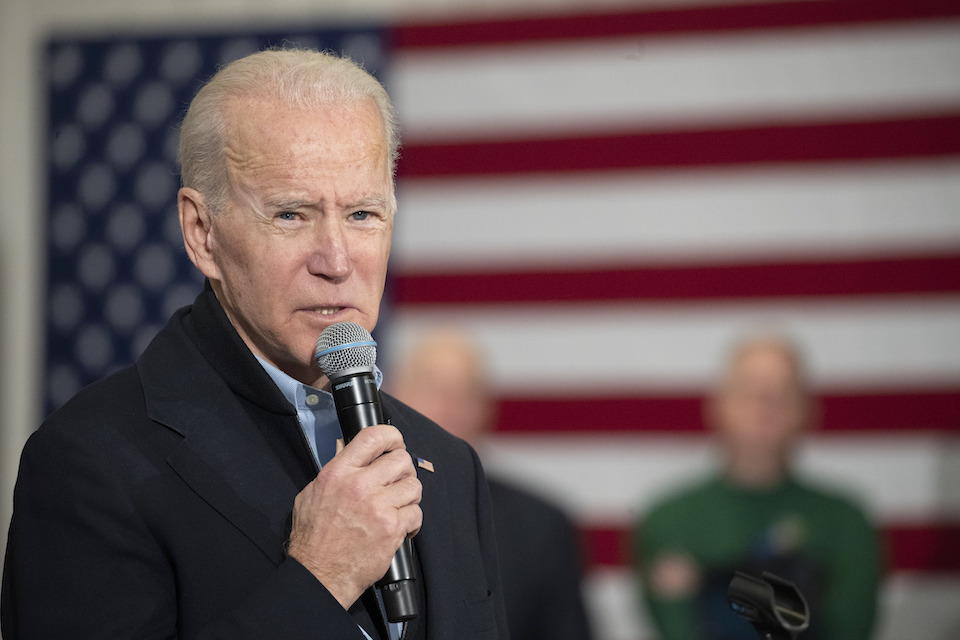 Senators will return to Washington for impeachment

Several candidates began their day in Washington, sitting as jurors in Trump's impeachment trial. They will have to return to Capitol Hill early next week as the trial continues, sidelining them from campaigning during a critical period.

More fundamentally, there's no clear front-runner despite the fact that many candidates have now spent more than a year courting Iowans.

A New York Times/Siena College poll released Saturday showed Sanders with a slight — but not commanding — edge in Iowa. But several polls show Biden, Buttigieg and Warren remain among the front-runners.

“There’s still plenty of time for movement,” said Kurt Meyer, chairman of the Tri-County Democrats in northern Iowa. “Every part of the ground game counts.” 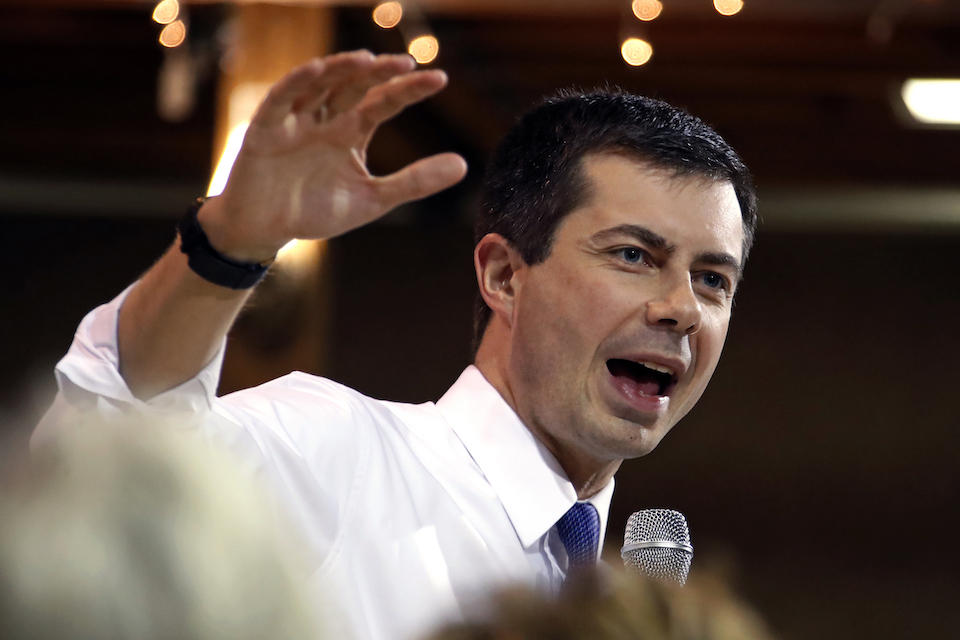 Sanders returned to Iowa exuding a sense of confidence. Hundreds of supporters filled the municipal auditorium in Ames and additional voters crowded an overflow room. Earlier in the night, he told voters in Marshalltown that he had an “excellent chance to win here in Iowa" and argued that his is the only campaign that can weave broad support from voters.

“I believe that our campaign, our energy, our grassroots movement, our agenda is the approach that will speak to working people who, in many cases, have given up on politics,” he said. "I think we will resonate with them. I think we have in the past, I think we will in the future.”

Polls suggest Biden also has a substantial appeal among Democratic voters, especially African Americans. While he has been critical of Sanders in the past, he kept his focus instead on the threat of four more years of Trump in the White House.

“I don't believe we are the dark, angry nation that Donald Trump tweets about at night," he told a large crowd in Ankeny. “We are so much better than Donald Trump.”

Biden scored the endorsement of the Sioux City Journal, which called him “the candidate best positioned to give Americans a competitive head-to-head matchup with President Trump” and said he would be best at attracting support from “independents and disgruntled Republicans.” 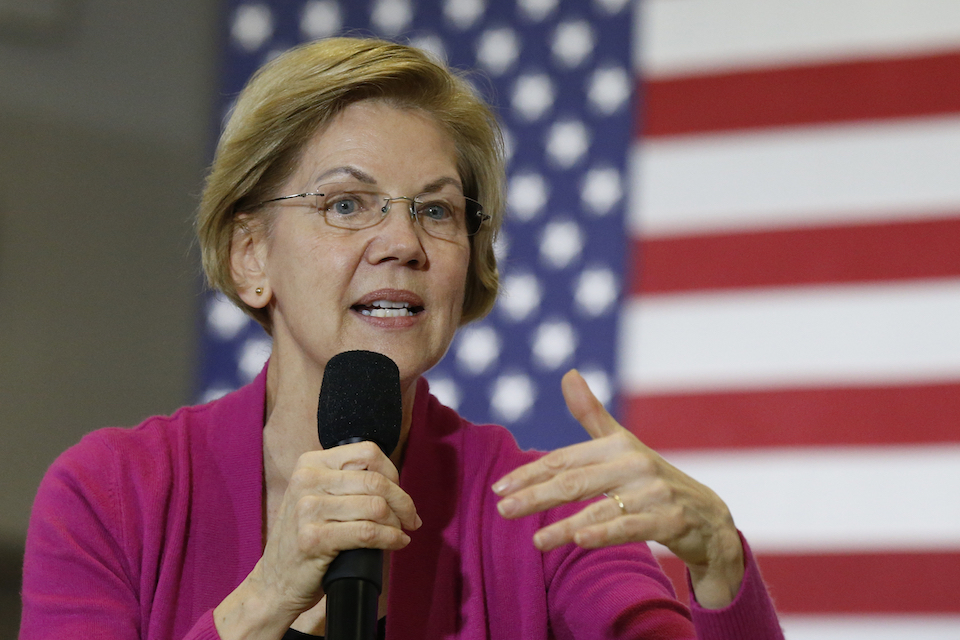 Buttiegieg says he is best candidate to beat Trump

Compared to Biden, Buttigieg was more dire in his reaction to the prospect of Sanders gaining strength in the Democratic contest. Hours after The New York Times/Siena College poll was released, his campaign sent an email to supporters with the subject line: “Bernie Sanders could be the nominee."

“We need a nominee who can galvanize our country," the email said. “The Trump presidency will end one way or another, and when it does we need a president who can rally this country around a vision for the next generation. We know that candidate is Pete.""

Speaking to reporters later in the day, Buttigieg stopped short of directly hitting Sanders, but noted that “we are getting into the heart of the competition."

“I believe that we should be very mindful that the very worst risk we can take at a time like this is to recycle the same Washington-style of political warfare that that brought us to this point,” he said. “If we believe it’s important to win, and I sure do, then the best thing we could do is put forward a candidate who offers something new."