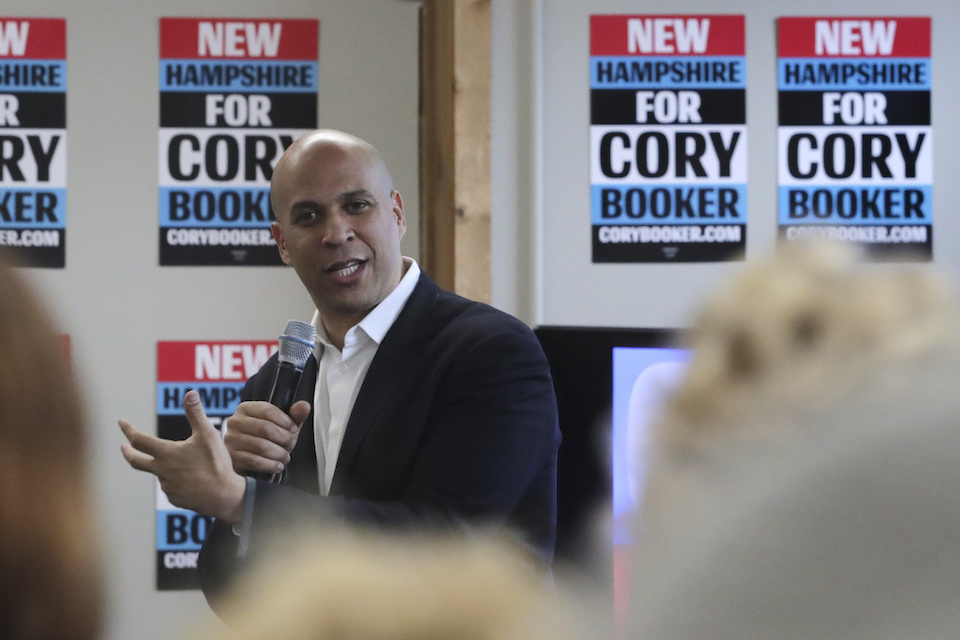 WASHINGTON (AP) — Democratic presidential candidate Elizabeth Warren said Friday that she raised $21.2 million from October through December, with more than $1.5 million coming on the last day of the year. But the Massachusetts senator still trailed a trio of other top rivals in fundraising and fell short of her total from the three previous months.

Minnesota Sen. Amy Klobuchar said she took in $11.4 million for her White House bid to close out the year, while New Jersey Sen. Cory Booker said he raised $6.6 million. It was the best fundraising quarter so far for both Klobuchar and Booker.

Vermont Sen. Bernie Sanders, the strongest progressive voice along with Warren, said he raised more than $34.5 million in the same quarter, proving that his heart attack in October hasn’t slowed his fundraising prowess. Sanders and Warren both rely heavily on small contributions from donors that primarily come online.

Former Vice President Joe Biden rebounded from a summer slump to take in $22.7 million, also his best quarterly haul as a presidential candidate, while Pete Buttigieg, the former mayor of South Bend, Indiana, raised $24.7 million. Both typically use more traditional fundraising methods, including frequent gatherings with big donors that Warren and Sanders have shunned.

Entrepreneur Andrew Yang, who has not yet scored high enough in recent polls to qualify for the next Democratic presidential debate scheduled for Jan. 14 , announced receiving $16.5 million. 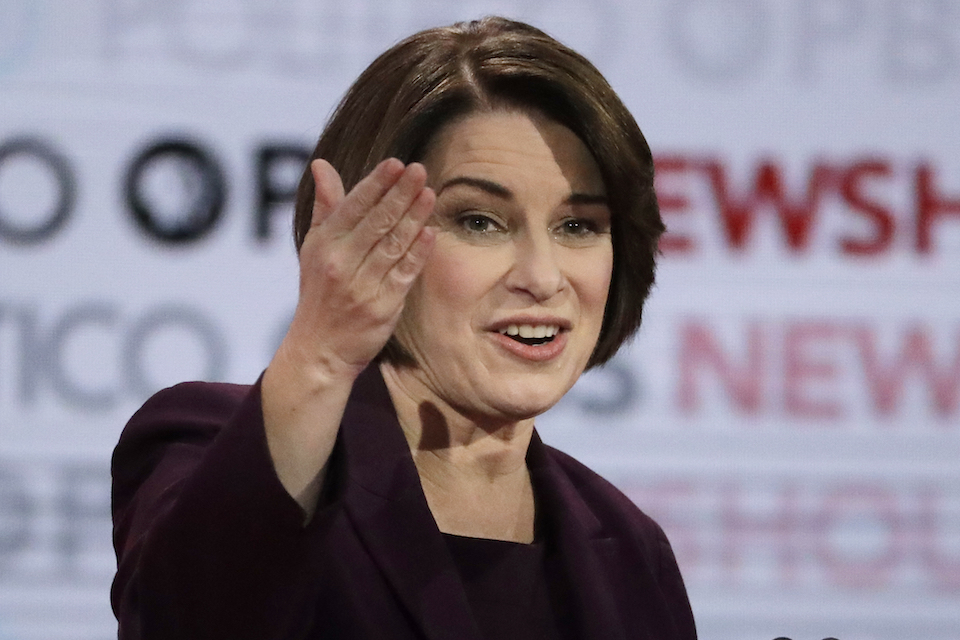 In the third quarter last year, Warren raised $24.6 million as months of strong, summer polling lifted her to front-runner status along with Biden and Sanders. But lately, Warren’s support has plateaued as Buttigieg has vaulted among the front-runners. Warren and Buttigieg have feuded for weeks about fundraising tactics, but Warren’s latest donations total further suggests her overall momentum is slowing.

It could have been worse. In an email to supporters last week, Warren’s campaign said it had raised only about $17 million with just a few days to go in the quarter — which may have helped trigger the final-hours-of-the-year donation infusion. In a message Friday, Warren campaign manager Roger Lau said the senator's average contribution was $23, proving the grassroots nature of her appeal.

Klobuchar said 145,126 people donated between September and December, with an average contribution of $32. Campaign manager Justin Buoen struck a similar tone to Lau's, citing a “massive surge in grassroots support."

Buoen attributed that rise to the Minnesota senator's strong performances in fall debates, which he said helped the campaign double its staff in Iowa and New Hampshire, where voters cast the first votes for the Democratic nomination beginning Feb. 3, and invest in the next two states — Nevada and South Carolina. The campaign also is spending money in states that will vote in the March 3 Super Tuesday contests.

Booker campaign manager Addisu Demissie said it was “thrilled” to have recorded its best quarter yet, despite Booker not having qualified for the December debate. He said “artificial thresholds” set by the Democratic National Committee had prevented viable candidates like Booker, who is black, from participating, and he warned that with former Housing Secretary Julian Castro's decision to drop out of the race Thursday, Democrats have gone from having the most diverse field of candidates for president to one that doesn't reflect the diversity of the party or the country.

There were no black or Latino candidates in the December debate, and so far all the candidates who have qualified for the Jan. 14 debate are white.

“To put it bluntly, we’re still behind the fundraising of a field of predominantly white candidates who have been able to haul in significantly greater sums of money or tap into their personal fortunes to fund their campaigns,” Demissie said.

The large amounts of money for so many Democratic presidential hopefuls are a positive sign but also indicate that the fight for the party's nomination could continue for several months, making it difficult for candidates who don't have strong campaign funding to stay in the race to replace President Donald Trump.

Trump's campaign said it raised $46 million during the last quarter and had more than $102 million cash on hand. The size of the Democratic candidates' campaign bank accounts won't be clear until the Jan. 31 federal reporting deadline — and will provide a more complete picture of where each stands than just the announcements of how much money they raised in the fourth quarter.

Catch up on the 2020 election campaign with AP experts on our weekly politics podcast, “Ground Game.”

This story has been corrected to show the federal reporting deadline is Jan. 31, not Jan. 15.