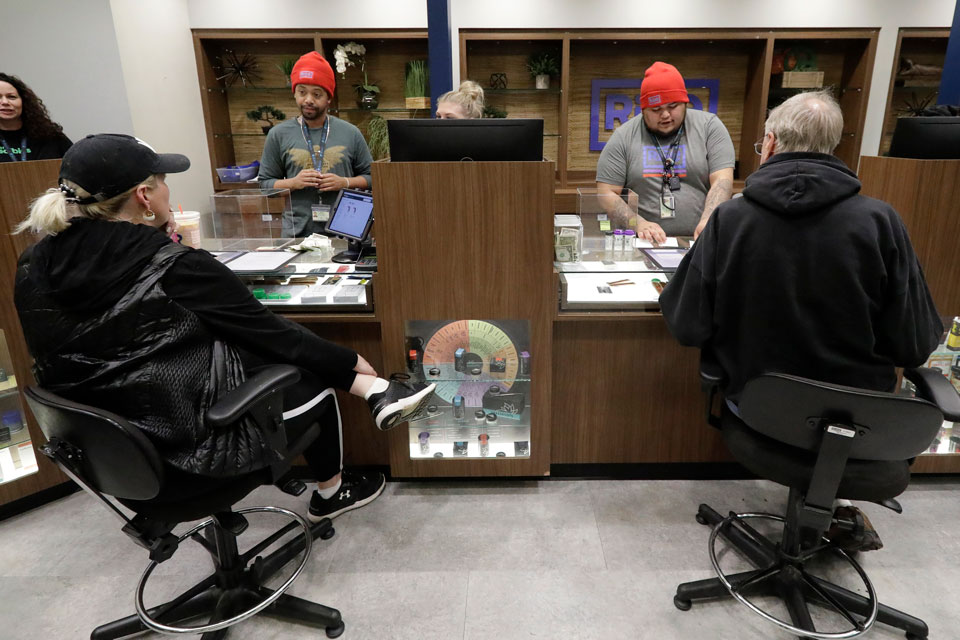 Chicago —On Wednesday, Illinois became the 11th state in the nation to legalize adult-use cannabis and the first to do so with equity at the core of its approach, according to the Governor’s office. The day prior to legalization, Governor JB Pritzker granted 11,017 pardons for individuals whose low-level cannabis convictions have held them back from good jobs, housing and financial aid for college.

The 11,017 misdemeanor expungements involve Illinoisans in 92 counties and Governor Pritzker was joined in the celebration by hundreds of community members, stakeholders and elected officials at Trinity United Church of Christ on Chicago's south side on Tuesday, December 31.

"Tomorrow when adult-use cannabis becomes legal, pay attention to the fact that we are beginning to accomplish four very important things: We are ending the 50-year long war on cannabis," said Governor JB Pritzker. "We are restoring rights to many tens of thousands of Illinoisans. We are bringing regulation and safety to a previously unsafe and illegal market.

"And we are creating a new industry that puts equity at its very core.

"Every state that has legalized cannabis has seen high demand and long lines in its earliest weeks, and to be sure, our state will too," continued the governor. "But unlike other states, in Illinois, we purposely built a system where the market has room to grow, so that entrepreneurs, including especially those from the communities devastated by the war on drugs, will have real opportunities in this industry."

'Lifting up the voices'

"Illinois is going where no other state has before, admitting the unjust errors of the war on drugs and giving so many Illinoisans greater opportunities to build good lives for themselves and the people they love," said Lieutenant Governor Juliana Stratton. "Our Restore, Reinvest and Renew program will direct 25 percent of the state's cannabis revenue right back into the communities hit the hardest by decades of over-policing, disinvestment, disenfranchisement, and violence. In that effort, we're lifting up the voices of the people who actually live in these neighborhoods, who know these blocks and exactly where our dollars will make a real difference."

"Today we took another step toward justice, as we continue to address the failed war on drugs and the disproportionate impact it had on communities of color," said Cook County State's Attorney Kim Foxx.

“We applaud bold action taken by Governor Pritzker to right the wrongs of the past by issuing pardons to thousands of people carrying convictions for low-level marijuana possession,” said Kristen Clarke, president and executive director of the Lawyers’ Committee for Civil Rights Under Law in a statement. “The racial disparities infecting our criminal justice system are undeniable and have had a devastating impact on Black and brown communities. We may not be able to erase all of the damage that the war on drugs has unleashed on communities of color but, going forward, we can provide all individuals with low-level marijuana convictions the chance to start anew and overcome barriers to reentry.”

Illinois’ bipartisan Cannabis Regulation and Tax Act provides multiple avenues to expunge convictions and arrest records for minor cannabis offenses. Statewide, there are more than 700,000 records that will be eligible for relief because of the law.

On Wednesday, January 1, the first phase of adult-use cannabis market opened. Entrepreneurs can enter the next phase of the adult-use market by applying for a license now through Thursday, January 2. An additional 75 dispensary licenses are available, and social equity applicants are encouraged to apply here: http://bit.ly/CannabisIL.