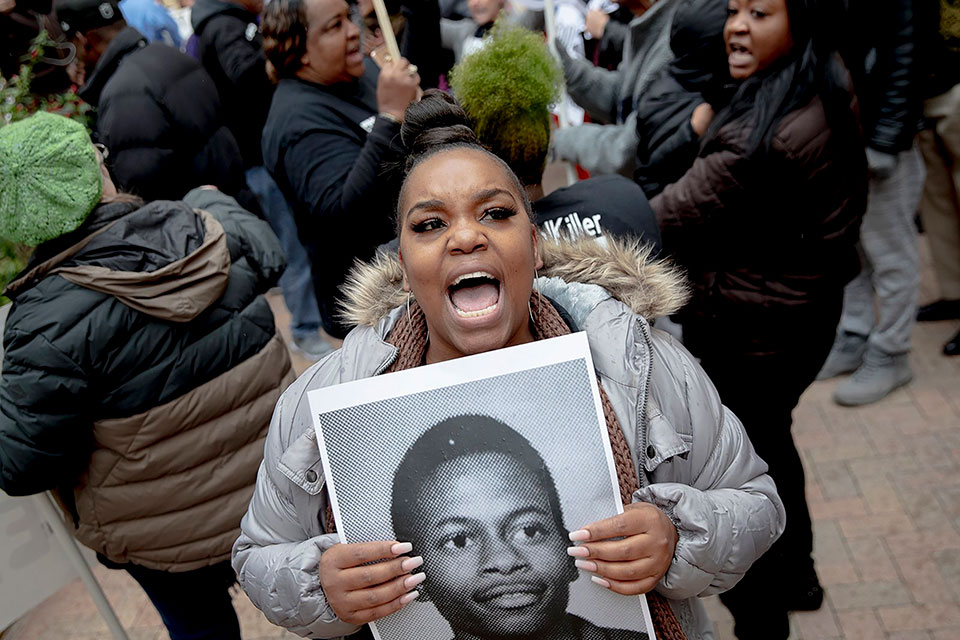 HOUSTON (AP) — Texas’ top criminal appeals court on Friday halted the scheduled execution of inmate Rodney Reed, whose conviction is being questioned by new evidence that his supporters say raises serious doubt about his guilt.

The stay of execution by the Texas Court of Criminal Appeals came just hours after the Texas Board of Pardons and Paroles had recommended delaying the lethal injection.

The 51-year-old Reed had been set for lethal injection Wednesday evening for the 1996 killing of 19-year-old Stacey Stites. Prosecutors say Reed raped and strangled Stites as she made her way to work at a supermarket in Bastrop, a rural community about 30 miles (50 kilometers) southeast of Austin.

Reed's efforts to stop his execution have received support from such celebrities as Beyoncé, Kim Kardashian and Oprah Winfrey. Lawmakers from both parties, including Texas GOP Sen. Ted Cruz, have also asked that officials take a closer look at the evidence in the case.

In its four-page order, the appeals court said Reed’s case should be returned to the trial court in Bastrop County so it could examine his claims that he is innocent and that prosecutors suppressed evidence and presented false testimony.

Bryce Benjet, an attorney with the Innocence Project, which is representing Reed, said defense attorneys were “extremely relieved and thankful” to the appeals court.

“This opportunity will allow for proper consideration of the powerful and mounting new evidence of Mr. Reed’s innocence,” Benjet said in a statement.

The Texas Attorney General’s Office declined to comment Friday on whether it would appeal the order staying Reed’s execution.

Earlier Friday, the parole board had unanimously recommended a 120-day reprieve for Reed. The board rejected Reed’s request to commute his sentence to life in prison.

The parole board’s decision was to go next to Gov. Greg Abbott, who hasn’t said whether he would accept or reject it or do nothing.

The stay likely makes Abbott’s decision moot. Since taking office in 2015, Abbott has halted only one imminent execution, in 2018.

Since Texas resumed executions in 1982, only three death row inmates have had their sentences commuted to life in prison by a governor within days of their scheduled executions.

Reed has long maintained he didn't kill Stites and that her fiance, former police officer Jimmy Fennell, was the real killer. Reed says Fennell was angry because Stites, who was White, was having an affair with Reed, who is Black.

In their most recent motion to the Texas Court of Criminal Appeals, Reed’s lawyers alleged prosecutors suppressed evidence or presented false evidence related to Fennell.

Prosecutors say Reed's semen was found in the victim, his claims of an affair with Stites were not proven at trial, Fennell was cleared as a suspect and Reed had a history of committing other sexual assaults.

Reed's lawyers say his conviction was based on flawed evidence. They have denied the other sexual assault accusations made by prosecutors.

Reed’s attorneys filed a federal lawsuit in August to compel DNA testing of crime scene evidence, including the believed murder weapon. His lawyers say the testing, which has been fought for years by prosecutors, could identify someone else as the murderer. The lawsuit is still pending.

In recent weeks, Reed's attorneys have presented affidavits in support of his claims of innocence, including one by a former inmate who claims Fennell bragged about killing Stites and referred to Reed by a racial slur. Reed's lawyers say other recent affidavits corroborate the relationship between Stites and Reed and show Fennell was violent and aggressive toward her.